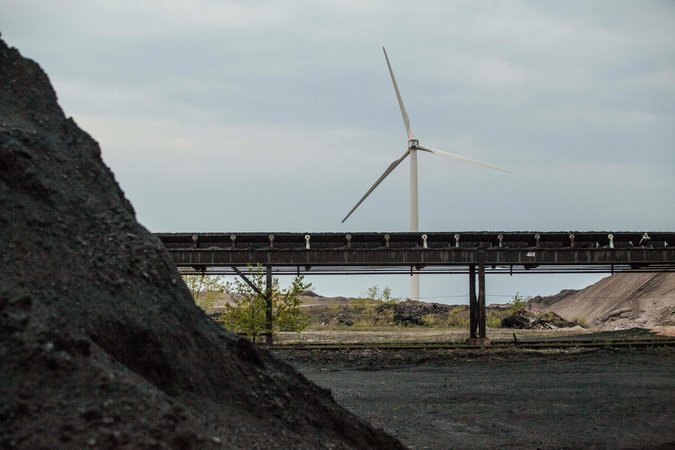 Along a bend in the Buffalo River here, an enormous steel and concrete structure is rising, soon to house one of the country’s largest solar panel factories.

Just to the south, in the rotting guts of the old Bethlehem Steel plant in Lackawanna, where a dozen wind turbines already harness the energy blowing off Lake Erie, workers are preparing to install a big new solar array.

And in Lockport, to the north, Yahoo recently expanded a data and customer service center, attracted by the region’s cheap, clean power generated by Niagara Falls.

After decades of providing the punch line in jokes about snowstorms, also-ran sports teams and urban decline, Buffalo, New York—the Queen City of the Lakes—is suddenly experiencing something new: an economic turnaround, helped by the unlikely sector of renewable energy.

The recovery — one that appears to have a surprising momentum after decades of unsuccessful attempts at revitalization — extends to more than clean energy.

A $1 billion commitment of tax breaks and grants from Gov. Andrew M. Cuomo and a comprehensive planning process have helped spur the renaissance and reduce the region’s unemployment rate to 5.3 percent, the lowest since 2007, according to the Bureau of Labor Statistics.