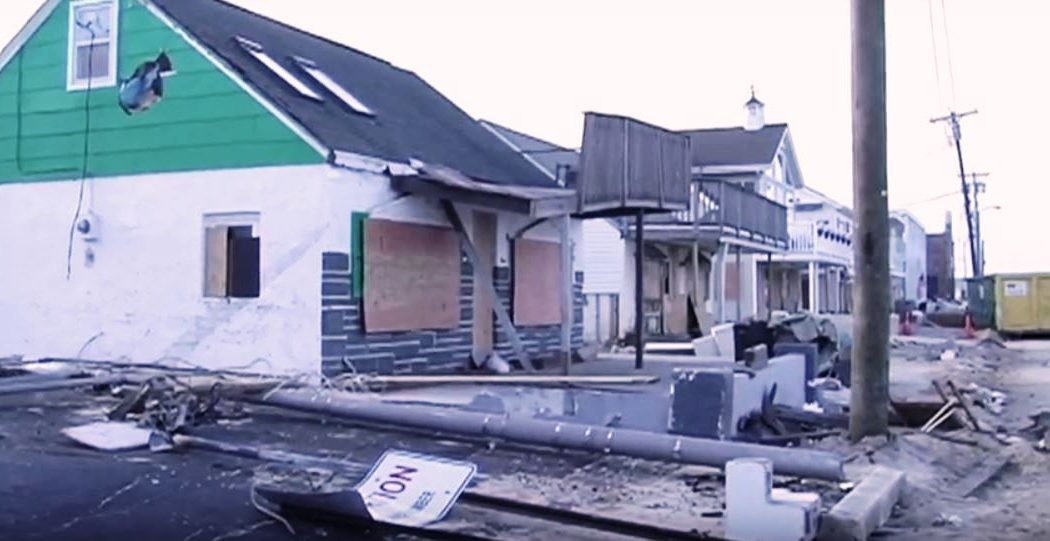 Natural disasters are life-changers for all involved, and understanding why some communities recover faster than others can be better achieved by looking at both the social and physical networks within these communities and their interplay, according to a four-year Purdue University study of Hurricane Sandy.

Hurricane Sandy caused the deaths of more than 230 people and caused nearly $70 billion in damage when it hit the northeastern United States in 2012. 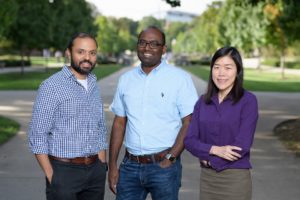 Following the study, the researchers report that family members, friends, neighbors, area organizations and the overall preparedness of a community need to be considered in expediting recovery from disasters, in addition to the attention to the infrastructure, financial and environmental aspects.

“The goal of the project is to understand why some communities recover faster than others after a natural disaster and develop transferable tools to model the recovery of communities by considering interdependencies across multi-layered networks,” said Satish Ukkusuri, the project’s principal investigator and a professor in Purdue’s Lyles School of Civil Engineering.

“We typically think the government should be the one to provide these things, but what we found is the people rely more on each other. When a disaster hits, the communities that recovered faster were the ones that already had strong societal connections and better financial resources before the disaster,” he added.

The interdisciplinary Purdue research team applied a number of advanced simulations and game-theory algorithms in the study. The team also is developing a number of advanced network models and algorithms by analyzing millions of social media posts, millions of cell phone call data, survey data and focus group information gathered from communities along the New Jersey shore, which was devastated by Hurricane Sandy.

Laura Siebeneck, an associate professor in the University of North Texas Department of Emergency Management and Disaster Science, served on the project team as well. Purdue graduate students also assisted with the project.

“Preliminary insights show that the support people received from their neighborhood groups, faith-based organizations and local agencies in the early hours and days during and after Sandy hit moved them toward recovery,” said co-principal investigator Seungyoon Lee, an associate professor in Purdue’s Brian Lamb School of Communication. “These were the people and organizations that provided shelter, food, and clothing and even helped each other with filling out insurance claims and other documents. These community interactions seem to be the glue that binds a community together in the face of crisis. Some of these ties existed before the disaster, but some were quickly assembled ad hoc to meet the needs of people.”

The social media data collected identified the geolocation of where people were before and after a disaster and what types of information they shared with each other.

“We have many months of post-event data that tell us what the residents’ concerns are, how far from home they were and when they returned to their homes,” Ukkusuri said. “This information helps us understand exactly what was happening in their communities throughout the disaster.”

Studying the returning patterns of citizens and the relationship reactions to physical network recovery is current work that the team is doing by correlating the returning data observed from various sensors with other socio-economic variables at the community level.

“People impacted by Hurricane Sandy shared with us the type of support they received from each other and government institutions. They talked about improvising shared tasks and how the churches and neighborhood groups all came into play after the disaster. There was lots of communication provided by local agencies, and we continue to conduct studies and examine the information we’ve collected,” said Shreyas Sundaram, an assistant professor in Purdue’s School of Electrical and Computer Engineering, a co-investigator. “A community where people interact on a regular basis is a huge takeaway.”

Questions asked by the researchers included ‘How did those impacted prioritize resources? What did they fix first – electricity, water, roads, schools?’

“Also, how do you bring people back to a community? Our research shows that a community can lose as much as 20 percent of its pre-disaster population. How does that affect a community long-term?” Sundaram added.

The study reports that following Hurricane Katrina, the affected population went from about 484,000 to 386,000 after 10 years.

“These numbers also reflect major demographic changes. In the New Orleans area, about 70,000 African Americans left and never returned and the area experienced influx of other demographics,” Ukkusuri said. “The whole dynamics of a community changes long-term when a population shift like that occurs.”

These same dynamics could be applicable to other hurricanes. “Communities hit by Hurricane Maria are experiencing these same challenges right now – how can they encourage people to come back?” Lee said.

Insights from the current phase of the study include:

“The takeaways of the study may seem like logical conclusions, but having a study support conclusions is the first step in helping communities become better prepared so that communities recover faster,” Ukkusuri said. “The project is an interesting collaboration of engineering research with social research. Its interdisciplinary and data-driven perspective can provide guidance for emergency preparedness agencies so that both rural and city governments can be more prepared when disasters happen.”

Ukkusuri added that the research team plans to revisit the communities in the coming years to see how the areas have evolved. Ultimately, they hope the information will allow governmental and emergency agencies to take actions that will accelerate system recovery and enhance the resilience of communities.

The project was funded with a $2.5 million, four-year grant from the National Science Foundation. It serves as part of the NSF’s multiyear initiative on modeling resilience in interdependent systems. Funding is from a program known as CRISP: Critical Resilient Interdependent Infrastructure Systems and Processes. Researchers will probe how to more efficiently allocate resources, better prepare, and reduce the time and cost of recovery when a community is struck by a disaster.

Featured photo is from the Purdue video.

Watch 1 1/2-minute video about the study.