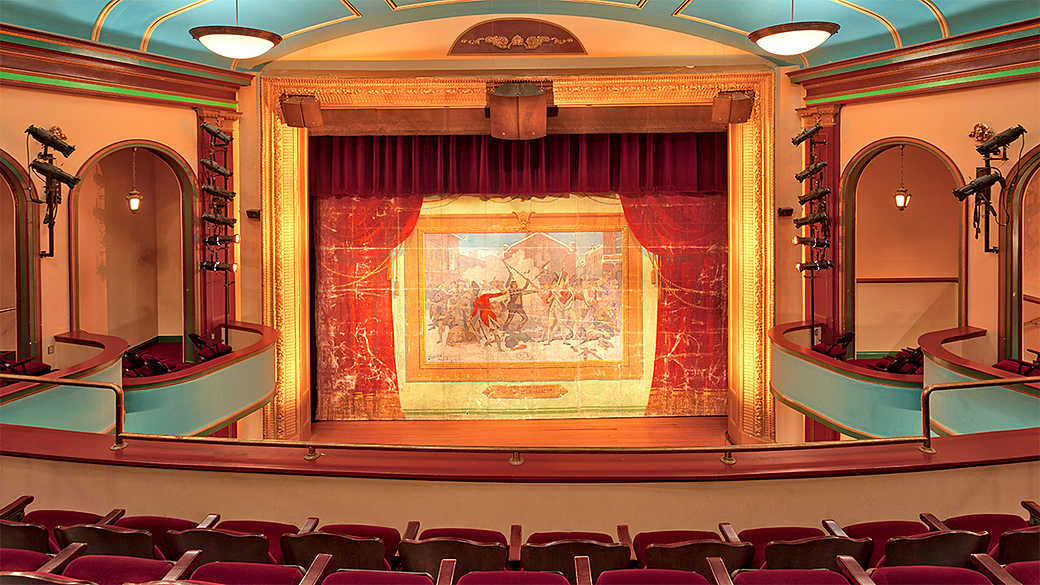 In the early 20th Century in Norfolk, Virginia, the Attucks Theater was nicknamed “The Apollo of the South,” referencing the famed music hall in New York City.

With national sensations like Duke Ellington, Louis Armstrong, Cab Calloway, and Ella Fitzgerald frequenting the stage, the Attucks was more than worthy of the designation.

As Anthony Stockard, artistic director at Norfolk State University points out, “[The Attucks] was functioning like the Apollo before there was an Apollo. It just wasn’t in New York.”

Unlike the Apollo, the Attucks was funded and designed exclusively by African Americans, an extremely rare occurrence at the time. Twin City Amusement Corporation, the original developer, was formed by a group of black business owners.

They approached local architect Harvey Johnson, who went on to help found what became Norfolk State University, to draw up the plans. Johnson always intended for the Attucks to be more than just a performance venue; in addition, it doubled as a silent movie house and contained 21 upstairs offices for African American businesses (Johnson himself set up shop there after its completion).

They named the theater in honor of Crispus Attucks, a man of African and Native American descent who was the first person to die in the Revolutionary War, and depicted his death on its fire curtain.

The Attucks quickly became the centerpiece of Church Street, the main corridor of business and play for the African American community in highly segregated Norfolk.

Performers developed a tradition of signing their names on the walls of the dressing room, as if to mark a rite of passage. Even the arrival of the Great Depression couldn’t dim the theater’s lights—while spare change was hard to come by, the Attucks was where you went to spend what you could.

Eventually, the curtain fell on the building’s time as a theater in 1953. The front area of the building would be used for a few more decades as a men’s clothing store and pawn shop, while the grand auditorium space became a storage area and was left to decay.

Norfolk never forgot about its jewel of Church Street, though. The Attucks was added to the National Register of Historic Places in 1982, and a group of community leaders would form the Crispus Attucks Cultural Center Board to restore and revive the theater.

Over the next decade, a monumental fundraising effort led by Father Joseph Green Jr. and Andrew Fine ultimately secured over $8 million.

Historic Tax Credits were a key source of capital, netting $2.5 million. Matching funds from the city of Norfolk added nearly $3 million, while around $1.75 million came from private individuals and corporations.

Read the full story (by Nicholas Som) of that restoration on the National Trust For Historic Preservation’s website.