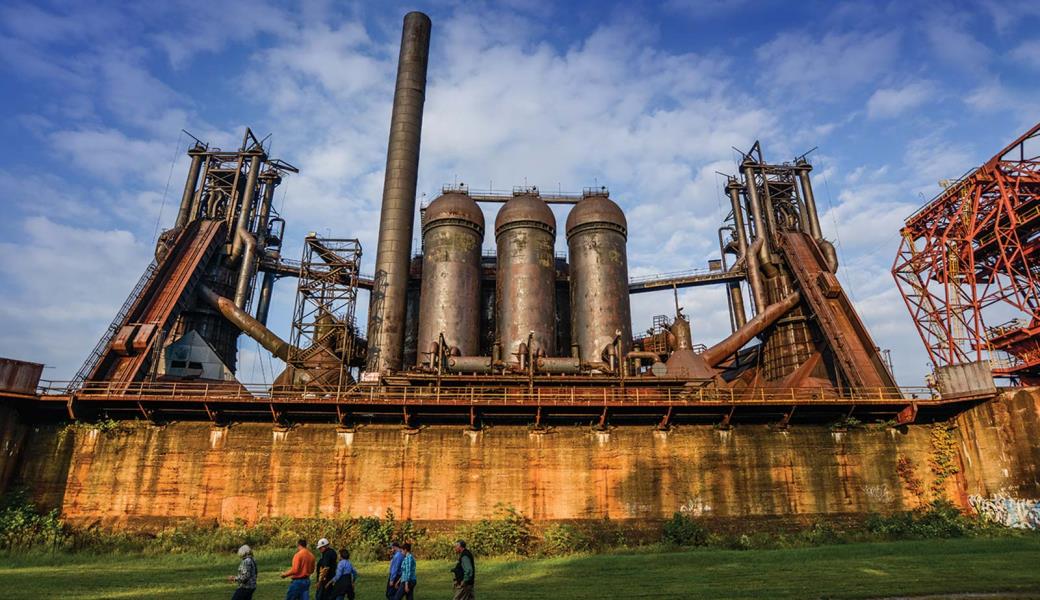 Long-time readers of REVITALIZATION will likely remember that we’ve featured the excellent regenerative activities of the Pittsburgh, Pennsylvania-based Regional Industrial Development Corporation (RIDC) quite a few times in these pages, including a Guest Article by RIDC’s President, Donald F. Smith, Jr.

The mission of the Regional Industrial Development Corporation of Southwestern Pennsylvania (RIDC) is to catalyze and support economic growth and high-quality job creation through real estate development and finance of projects that advance the public interest. A not-for-profit entity, RIDC owns over 2800 acres of land in industrial parks and manages over 50 buildings. 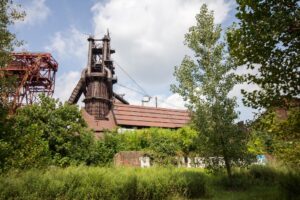 Now, on August 26, 2021, the Redevelopment Authority of Allegheny County (RAAC) voted to enter into a partnership with the Regional Industrial Development Corporation (RIDC) to redevelop the historic Carrie Furnace site. This remediated brownfield adjacent to the historic Carrie blast furnaces spans the boroughs of Munhall, Rankin, Swissvale and Whitaker.

The Redevelopment Authority of Allegheny County (RAAC) assists with the regeneration, stimulation and management of economic and community growth within Allegheny County. RAAC acquires and prepares real estate for economic development activities, manages financing from various public sources, and facilitates the reuse of vacant, tax-delinquent or blighted property in local municipalities.

The Carrie Blast Furnace was built in 1881 and produced iron for the Homestead Works from 1907 to 1978, which is when it was purchased by the Park Corporation. At its peak, it produced 1000 to 1250 tons of iron a day.

In 2005, the site was acquired by Allegheny County. In 2006, Carrie Furnaces 6 and 7 become a National Historic Landmark. The site straddles the boroughs of Munhall, Rankin, Swissvale, and Whitaker and property is found on both sides of the Monongahela River.

“RIDC has great experience in this region of shepherding projects to fruition, and we’re delighted to partner with them on the Carrie Furnace site,” said County Executive Rich Fitzgerald. “This is an important project for the Mon Valley. Today’s vote by RAAC brings additional resources to the table to develop this site into the hub of economic activity that we know it can be.”

The partnership agreement provides for the expansion of a partnership in the redevelopment of the Mon Valley. Specifically, RIDC will redevelop a portion of the Carrie Furnace site, constructing and extending infrastructure on behalf of RAAC. Rivers of Steel will continue maintaining the existing furnace structures as arts and event spaces. 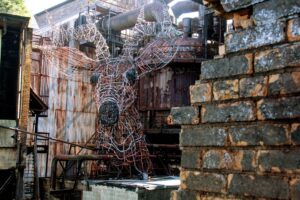 “This collaboration builds on a great partnership that we have with RIDC and brings additional expertise and resources to the table as we move this project to the finish line,” said Lance Chimka, Allegheny County Economic Development Director. “Development sites like these remain one of the biggest opportunities for the Mon Valley, and we look forward to setting the market in a really positive way with this agreement.”

The phased redevelopment will have portions for various commercial uses, including flex-tech, R&D, biotech, film production, workforce education and training life sciences, light manufacturing and assembly, and other similar uses.

RIDC is working with the Pittsburgh Film Office and other interested parties on the possibility of creating The Film Furnace: a film studio campus with purpose built sound stages and other amenities as part of the development.

“This site presents a great opportunity to reclaim one of our historic sites and bring it to life with the type of 21st Century jobs that are driving our economy,” said Donald F. Smith, Jr., RIDC President.

“Just as our project at Mill 19 leads us into the future while paying homage to our past, the Carrie Blast Furnace will serve as both a historic landmark and a present-day hub of economic activity. The Mon Valley is poised for growth, and this will be RIDC’s sixth major development in the Mon Valley, in addition to Keystone Commons, City Center of Duquesne, The Pittsburgh Technology Center, Mill 19 at Hazelwood Green, and McKeesport,” he added.

RIDC will begin infrastructure and roadway design this fall and begin construction work in Spring 2022. The infrastructure and roadway work will be followed by construction of 100,000 square feet of tech flex buildings on site. The project will also incorporate the county’s plans to create a riverside pedestrian and bike trail along the Monongahela River. It will connect the Carrie Furnace Hot Metal Bridge to the Great Allegheny Passage, as well as to the Westmoreland Heritage Trail via the Turtle Creek Valley.

“This latest project further builds on the seven decades of collaboration between Allegheny County and RIDC that began with redevelopment of the former county workhouse in O’Hara Township and became the first planned industrial park in Pennsylvania,” said Timothy White, RIDC Senior Vice President of Development. “We look forward to continuing this partnership and are excited to bring jobs and investment back to the Carrie Furnace site.”

The property includes 52 acres of developable land which would accommodate greater than 500,000 sq.ft. of new construction. An additional 11 acres are available west of the furnaces for potential future phases of development. RAAC purchased the site in August of 2005 and has completed underground vault excavation, site remediation, sanitary sewer work, stormwater and water line installations, and a flyover bridge and roadway to connect the site to the Rankin Bridge.

All photos courtesy of Rivers of Steel.