On April 9, 2018, the Ambrose Property Group announced that it has completed its purchase of the former General Motors (GM) stamping plant site in Indianapolis, Indiana from RACER Trust.

The 103+ acre property sits just across the White River from the downtown, and has excellent access from I-70. It’s half a mile from the redevelopment that’s emerging around Lucas Oil Stadium, home of the Indianapolis Colts. The Property offers exceptional views of the Indianapolis skyline and easy access to downtown. 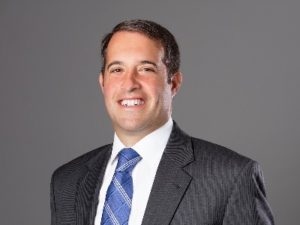 “This is not just another redevelopment but a regeneration of Indianapolis,” said Andrew Greenwood, senior vice president of development at Ambrose. “The site is a blank slate with endless possibilities, and we are excited to continue partnering with the residential and business communities as we strive to make this a dynamic and world-class urban district.”

Back in May of 2017, Ambrose agreed to acquire the site from RACER after it was selected as the developer for the site following a six-month review and vetting process by RACER and the City of Indianapolis.

Ambrose plans to create a thriving new downtown district that will include office, commercial and retail space, residential housing, a hotel, community green space and public recreational opportunities along the White River. The site is bordered by Harding Street, Oliver Avenue, West Washington Street and the White River. 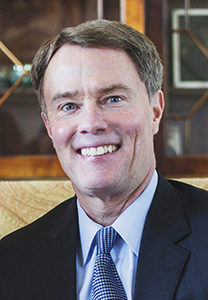 “This marks a significant milestone for the continued advancement of Indianapolis,” said Mayor Joe Hogsett. “Over the coming years, the redevelopment of the former GM stamping plant will create new community amenities, drive economic development and uplift the Valley neighborhood. I look forward to working with Ambrose Property Group and community stakeholders to activate this site and reimagine the west side of our city’s downtown.”

Ambrose anticipates Phase 1 of the project to cost approximately $92.5 million, creating more than 1,000 construction jobs and more than 900 permanent jobs upon completion. Construction is slated to begin later this year.

RACER Trust was created to clean up and position for redevelopment properties and other facilities owned by the former General Motors Corporation before its 2009 bankruptcy. 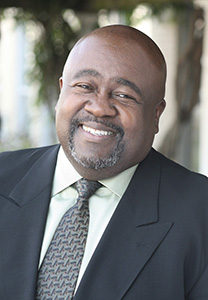 “We are thrilled for Ambrose Property Group and the city of Indianapolis,” said Elliott P. Laws, of EPLET, LLC, administrative trustee of RACER Trust. “This is a once-in-a-lifetime opportunity to transform the former GM property with nearly $500 million in new investment and connect it to the surrounding neighborhood and downtown Indianapolis in a way that will produce positive, lasting benefits for the community.”

Earlier, in the city’s efforts to recruit a private redevelopment partner, the government website said “The City of Indianapolis has a development opportunity before it that is rarely seen in a major American city: the former GM Stamping Plant. The former GM Stamping Plant is 102 (sic) acres of riverfront property on the edge of downtown, and the opportunities for transformative development of the site are endless. With this in mind, the City is working closely with the manager of the property, RACER Trust, to enable a community-centric planning process that engages neighbors, community leaders, urban land-use experts and market analysts in deciding the future of this property.”

“Development of the former GM Stamping plant is a unique opportunity for Indianapolis — because of its size, location, and quality of place, it is positioned to attract the kind of development that will benefit our community for generations to come,” said Mayor Hogsett at the time. Now, those efforts are about to pay off.

Ambrose has worked closely with the Valley community—the residential neighborhood just south of the former stamping plant—as it continues redevelopment of the site.

“This final step of closing is great news for the Valley neighborhood,” said Rahnae Napoleon, co-founder and leader of The Valley Neighborhood Association. “Ambrose Property Group’s vision mirrors our long-standing belief that this property could and would be something special for our city.”

Ambrose will continue to work on its redevelopment plans in concert with the City of Indianapolis, neighbors and other stakeholders throughout 2018. The former stamping plant and associated buildings had been dismantled prior to the sale.

See more info about project on the RACER Trust website.