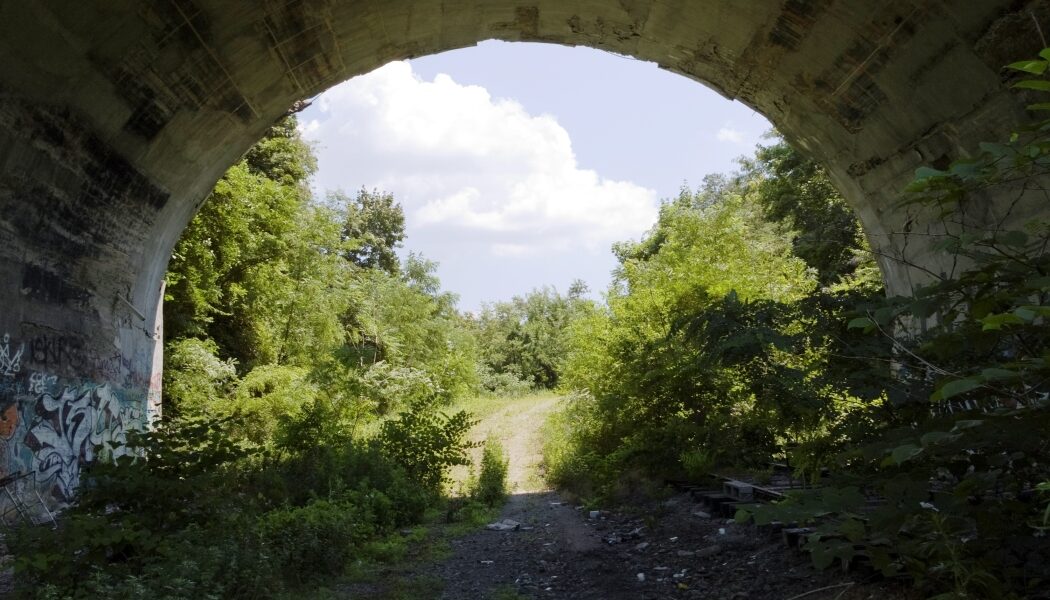 The grant was awarded to Jersey City for a feasibility study for repurposing, renewing and reconnecting (the well-proven 3Re Strategy for revitalization) a mile-long stretch of unused land called the Bergen Arches. 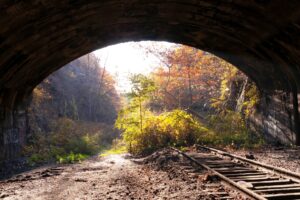 “Repurposing the inaccessible former railway corridor known as the Bergen Arches into a public greenway or rail-trail would serve the purposes of historic preservation, infrastructure reuse, and perhaps eventually align with the East Coast Greenway,” explained State Assemblyman Mukherji, Chair of the Assembly Judiciary Committee and Vice Chair of the Assembly Appropriations Committee, who secured the state funding together with Senator Stack.

“This effort has languished for years. I’m delighted that the funding toward a feasibility study will be the first step in getting this multi-year project underway so we can finally realize the potential of this underutilized asset,” he continued.

Legislation sponsored by Senator Stack and Assemblyman Mukherji will appropriate the funding to allow for a full evaluation of the abandoned rail corridor and its potential to best serve the surrounding community.

“This is a unique opportunity to transform abandoned greenway, rarely found in the most densely populated area of the state, and turn it into a functional corridor and alternative transportation network to benefit numerous communities,” said Mayor Fulop, an early supporter of the project.

“Thanks to Senator Stack, Assemblyman Mukherji, Councilman Boggiano, and the Bergen Arches Preservation Coalition, we are able to move forward on a unique project that would create countless opportunities for residents and employers throughout northern New Jersey,” he added.

For years, local leaders have pushed to activate the underutilized land for public use and ultimately become part of a larger 10-mile-long trail to create an uninterrupted greenway spanning from Jersey City to Montclair. The Essex-Hudson Greenway would serve as a major asset for regional connectivity and accessibility.

“For the past 65 years, the Bergen Arches corridor has sat unused and underutilized. That is why we drafted legislation to take the next steps and move forward by determining how the land can become accessible to the public and serve a greater purpose within the community. As we made clear in our efforts to secure this necessary funding, we can unlock the land’s true potential and encourage borderless travel using alternate modes of transportation on a safer route for cyclists and pedestrians without affecting existing roadways,” said Senator Stack.

Jersey City hosted a series of community meetings to garner public input on how the site could benefit the community most. In May, Ward C Councilman, Richard Boggiano, secured unanimous approval from the City Council for the funding proposal. The state legislation then followed.

“This is great news for Jersey City and all of Hudson County! After 60+ years, it is very exciting to work towards figuring out how the Bergen Arches can become green space and mass transit,” said Councilman Boggiano.

The route became known as the Bergen Arches due to the arched bridges and tunnel segments that traverse the rail cut. The railway operated from 1910 to 1957 until train travel declined in popularity. Since then, the mile-long rail corridor has been closed off from the public and endured decades of neglect.

“We are tremendously grateful for the legislative efforts of our elected officials, especially Senator Stack, Assemblyman Mukherji, and Councilman Boggiano, for going above and beyond to make this budget allocation a reality,” added BAPC President, Gregory D. Edgell.

“The Bergen Arches Feasibility Study Committee looks forward to continuing as the primary liaison with the community, civic organizations, and City Hall as we have since 2018 when our organization formed. We expect the study to cost $250,000 so this is a great first step!” he added.

Per the resolution, NJ Transit retains ownership of multiple rights-of-way within the Bergen Arches, keeping the door open for any future mass transit projects.