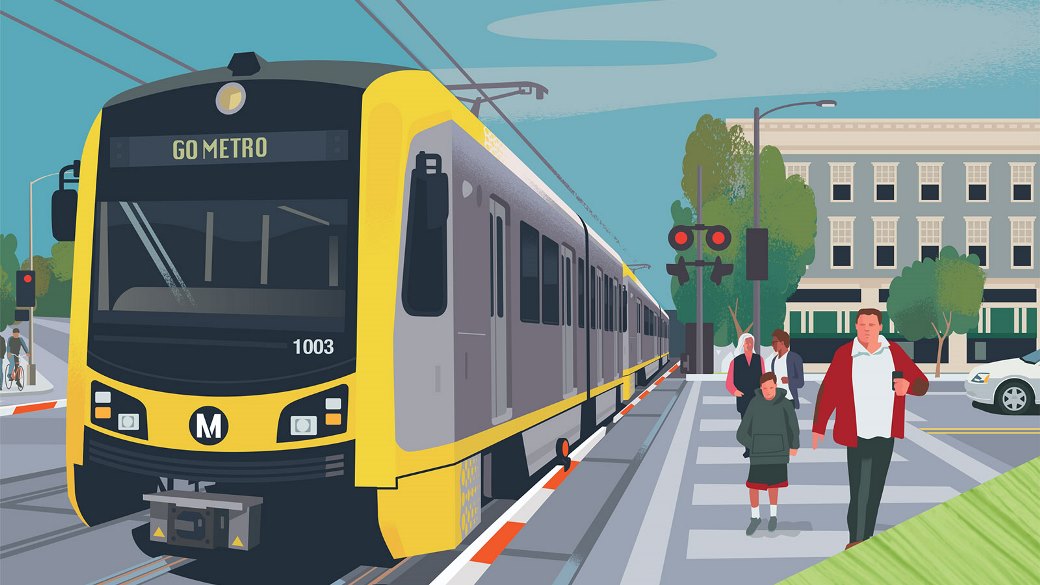 After suffering over half a century of some of the worst urban planning in the United States, Los Angeles, California is taking another major step to undo those myriad mistakes. In this case, the solution will focus strongly on serving the low-income minority sprawl communities that previous transit planners had ignored.

On January 28, 2022, the Metro Board of Directors approved Los Angeles Union Station as the northern terminus of the West Santa Ana Branch Transit Corridor Project. 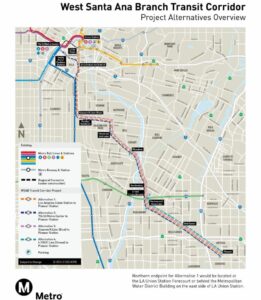 “The action taken by our Board really represents a renewed commitment on the importance this project brings to address equity, regional mobility, environmental and economic benefits for all the Gateway Cities,” said Metro CEO Stephanie N. Wiggins.

“The project will greatly improve access to opportunities and improve transit service to low-income riders and communities of color who have suffered for too long with higher than average rates of morbidity and mortality due to their exposure to air pollution and a lack of transit alternatives,” she explained.

“Today, we are bringing high-quality public transit to the communities of Southeast LA,” said Whittier Councilmember and Metro Board Member Fernando Dutra. “The West Santa Ana Branch project can serve as a national infrastructure model for the entire United States – one that prioritizes funding in equity-focused communities.”

The project will provide relief to the limited mobility and transit options currently available to these communities. Together, the Gateway Cities have populations and employment densities that are five times higher than the L.A. County average.

“Since joining the Board in 2020, I have fought to ensure equity is at the center of decision-making and this project represents a renewed commitment to inclusive, thoughtful mobility and economic benefits in Southeast Los Angeles. I am grateful to CEO Stephanie Wiggins for her leadership on this project and am encouraged to know that a completed project will connect all of Southeast L.A. to everything Los Angeles has to offer,” she continued.

Metro staff will proceed with completing a Final EIS/R by spring 2023 for the initial segment, allowing for a groundbreaking in 2023 and the delivery of this 14.8-mile segment between 2033-35.

At the same time, Metro staff will identify a cost-effective route in lieu of the aerial and underground route previously evaluated for the 4.5-mile Slauson/A Line (Blue) to Union Station segment.

“This new light rail line serving Southeast Los Angeles (SELA), a region I had the honor of representing for seven years, marks a milestone in our initiative to make Metro B.E.T.T.E.R. and Bring Equitable Transportation To Every Resident,” said L.A. County Supervisor and Metro Board Chair Hilda L. Solis.

“A transit-dependent community, SELA overwhelmingly supported Measure M back in 2016. To that end, I’m thrilled that that the Locally Preferred Alternative moving forward is in-line with the needs of residents who frequent our public transit system every day,” she added.

The project is estimated to reduce end-to-end transit travel time to 40 minutes in the corridor.

The project is funded by Measure R and M voter-approved transportation sales taxes as well $300 million in state funding. With these Board actions, Metro can also aggressively pursue more federal funding for the project.

The Board also approved Metro’s recommendation to build a maintenance and storage facility for its light rail vehicles in Bellflower. The approved site has the fewest community and economic impacts of the options that Metro studied.

“The West Santa Ana Branch is not just a crucial project to deliver light rail to historically underserved areas of L.A. County — it’s an opportunity to stitch our region together and connect people to opportunity,” said Metro Board Director and Los Angeles Mayor Eric Garcetti. “Through Measure M and collaboration across the County, we are improving congestion and air quality, and bringing high-quality public transportation to every corner of our region.”

The 14.8-mile Slauson/A Line to Pioneer route was also approved as the Locally Preferred Alternative (LPA) for the project’s initial segment between Artesia and Downtown Los Angeles.