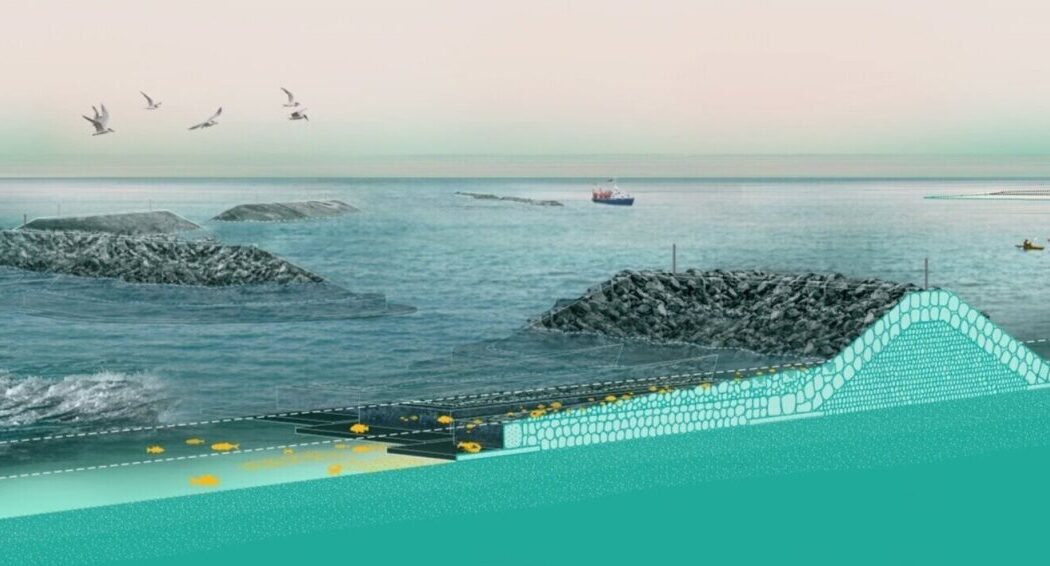 On October 28, 2022, New York‘s governor, Kathy Hochul, marked the 10-year anniversary of Superstorm Sandy by announcing the creation of the Office of Resilient Homes and Communities, a new office to lead New York’s housing recovery and community resilience efforts.

“With the new Office of Resilient Homes and Communities, we are taking a major step toward protecting and strengthening New York for generations to come,” Governor Hochul said.

“Ten years ago, Superstorm Sandy hit our shores and upended the lives, homes, and businesses of countless New Yorkers, but thanks to our brave first responders, robust community-led planning, and exceptional partnerships, New York’s recovery has been extraordinary. My administration will continue our nation-leading efforts to prepare for future weather events, and I look forward to working with communities, agency partners, and local, state, and federal officials to build a better, stronger, and more resilient New York,” she added.

The new Office of Resilient Homes and Communities will build on the work of the Governor’s Office of Storm Recovery, which was created in 2013 to manage the State’s long-term recovery from Superstorm Sandy and oversee the expenditure of $4.5 billion of federal disaster recovery funds provided by the Disaster Relief Appropriations Act of 2013.

As a permanent office within Homes and Community Renewal, the Office of Resilient Homes and Communities will assume Governor’s Office of Storm Recovery’s portfolio and partner with the State’s disaster-response agencies to lead the long-term recovery for homes and communities and develop a pipeline of resiliency initiatives and strategies across the State.

State Senator Joseph Addabbo said, “Ten years ago, Superstorm Sandy tore through New York and left a trail of extensive damage in its wake. Our neighborhood homes were destroyed, businesses demolished, public spaces were unrecognizable, and lives were lost. It was truly a terrible experience for our communities, and we can still feel the effects of the storm to this day. Looking back a decade later, what I remember most about the days, weeks and months after the storm is the way we all came together as a community to help those who were affected. Since the storm, we have worked on the state level to strengthen our coastal communities and are working to implement storm mitigation measures in our waters so that when the next storm hits we are prepared. In addition, we are working towards being a clean energy state to help reduce the effects of climate change. I will never forget that day and the damage we faced, but I will also never forget the strength of our communities to rally around each other and come back even stronger. I truly appreciate the efforts of Governor Hochul, as the state remains vigilant in being prepared to address the effects of climate change and future storms, by building upon the work done by GOSR with the newly formed Office of Resilient Homes and Communities.”

Queens District Attorney Melinda Katz said, “Superstorm Sandy brought unprecedented devastation to Queens County. On this 10-year anniversary, we continue to remember those we lost and acknowledge the perseverance of everyone whose lives were forever changed by the storm. Unfortunately, severe weather is becoming more and more frequent due to the impact of climate change, and we must continue to build better, stronger infrastructure to protect our neighborhoods. New York State, under the leadership of Governor Hochul, is leading the way in storm recovery and coastal resiliency efforts and the new State entity announced today will further that work to help keep us safe and thriving.”

DEC Commissioner and Climate Action Council Co-Chair Basil Seggos said, “Climate-driven extreme weather events and storms like Superstorm Sandy are not going away and DEC is proud to be part of the countless accomplishments with our many partners from all levels of government to increase community resiliency, harden infrastructure, and enhance our natural resources. Under Governor Hochul’s ongoing leadership, DEC looks forward to continuing this recovery, rebuilding with proven results that help address climate impacts, and ensuring communities are better prepared when the next big storm hits.”

The state has also invested $19 billion in the electric grid statewide to protect New Yorkers from extreme weather power outages, including $4.9 billion invested on Long Island, over the past ten years.

New York State Homes and Community Renewal Commissioner RuthAnne Visnauskas said, “In the ten years since Hurricane Sandy devastated parts of New York, we have been reminded time and again about the risks that extreme weather events and global warming pose to the safety of our communities. Today, New York is a national leader in combatting the effects of climate change and the new Office of Resilient Homes and Communities will ensure we remain laser focused on creating safe and suitable housing for New Yorkers, while making our communities more livable and resilient. Thanks to Governor Hochul’s unprecedented investments into the state’s housing, infrastructure and overall preparedness, we are on the path to creating a more sustainable future for New York.”

Governor Hochul first committed to establishing a permanent resiliency entity in her State of the State address.

Office of Resilient Homes and Communities Executive Director Katie Brennan said, “The next extreme weather event is a matter of when, not if. We are excited to permanently continue our recovery and resiliency work and building on our accomplishments. We will strengthen our ability to work with New Yorkers before, during, and after extreme weather events while also prioritizing equity and direct feedback from those in vulnerable communities. Thank you to Governor Hochul for your forward-thinking vision of community resiliency.”

The new Office of Resilient Homes and Communities will build on GOSR’s work and fulfill the Governor’s commitment to supporting New York families still impacted by Superstorm Sandy by:

Assemblymember Stacey Pheffer Amato said, “The creation of the Office of Storm Recovery and Resiliency from the Governor is wonderful news for our communities. As we commemorate the decade since Hurricane Sandy, it is so important to remember how far we’ve come, and how resilient we have shown we are, especially in South Queens. While we have built back there is more work to be done and this new Office solidifies a commitment to help guide and ensure our continued success in all efforts of storm recovery.”

The 10-year anniversary report provides a comprehensive review of the GOSR’s completed and ongoing resiliency initiatives in the following areas to support New York’s recovery.

The now-complete homeowner program provided $1.27 billion directly to New Yorkers to support the completion of more than 11,000 housing recovery and resiliency projects, including 3,500 home elevations and more than 400 reconstructions.

The NY Rising Buyout Program successfully returned 615 storm-damaged properties to nature — including 423 on Staten Island, 130 on Long Island, and 62 Upstate — allowing them to serve as a natural coastal buffer that will protect surrounding communities in perpetuity.

The voluntary program provided $276 million to New Yorkers who wished to relocate and not rebuild, while making a strategic investment into the future sustainability of the state. Natural areas help adapt to the effects of climate change by absorbing stormwater and reducing flooding.

They also help reduce carbon from the atmosphere, decreasing pollution and improving air quality. To date, this program made land made available for the Staten Island Sea Wall project, the Staten Island Youth Soccer League, a variety of local partners on Long Island.

To date, the program has worked with state, local, and non-profit subrecipient partners to complete more than 200 resiliency projects and programs totaling $306 million across the State, with more than 80 currently in the construction phase. The $625 million program has continued to help communities respond to future storms, which are occurring more often as our climate changes.

The Governor highlighted the $45.5 million investment the NY Rising Community Reconstruction Program made in the Rockaways and Breezy Point, which includes the now completed:

Through its Infrastructure Program, the State has also completed 12 large-scale projects totaling $218.4 million.

In June 2014, the U.S. Department of Housing & Urban Development (HUD) announced the winners of its innovative Rebuild By Design competition a contest that encouraged interdisciplinary planning, design, and engineering firms to create blueprints for recovery and resiliency efforts.

The $125 million Living with the Bay initiative aims to increase the resiliency of communities along Nassau County’s Mill River by mitigating damage from storm surges, better managing stormwater, improving habitat and water quality, and increasing access to the Mill River through both educational and increased recreational opportunities.

GOSR has completed the first two of eight Living Breakwaters, a $107 million project off the coast of Tottenville, Staten Island.

Living Breakwaters is an innovative coastal green infrastructure project designed to reduce or reverse erosion and damage from storm waves, improve the ecosystem health of the Raritan Bay and encourage stewardship of our nearshore waters and generally enhance people’s experience of the shoreline of southern Staten Island.

The now-completed NY Rising Small Business Program facilitated repairs, reconstruction, and working capital to storm-affected small businesses across the state — recognizing the large role they play in the state’s economy.

The program provided more than $52 million to more than 1,000 small businesses.

In addition to the 10-year anniversary report, Governor Hochul announced that the state has invested $19 billion in electric grid hardening over the past decade. Investments to date include storm hardening, resiliency and reliability initiatives, and vegetation management.

In partnership with New York State and New York City, the U.S Army Corps of Engineers is advancing the $600 million Rockaway and Jamaica Bay Coastal Storm Risk Reduction Project, which includes construction on both the Atlantic and Jamaica Bay shorelines of the Rockaway peninsula.

In addition, the New York State Department of Environmental Conservation has been involved in projects and studies totaling more than $5 billion in state and federal investments across New York City and Long Island to advance recovery and resiliency projects. Additional work to provide long-term protections against deadly storm surges and flooding is underway. New York State and local lead projects include:

This funding continues to be administered by the Division of Homeland Security and Emergency Services and has directly supported critical resiliency and recovery projects which stem directly from Hurricane Sandy, including:

Image of Living Breakwaters courtesy of the Billion Oysters Project.