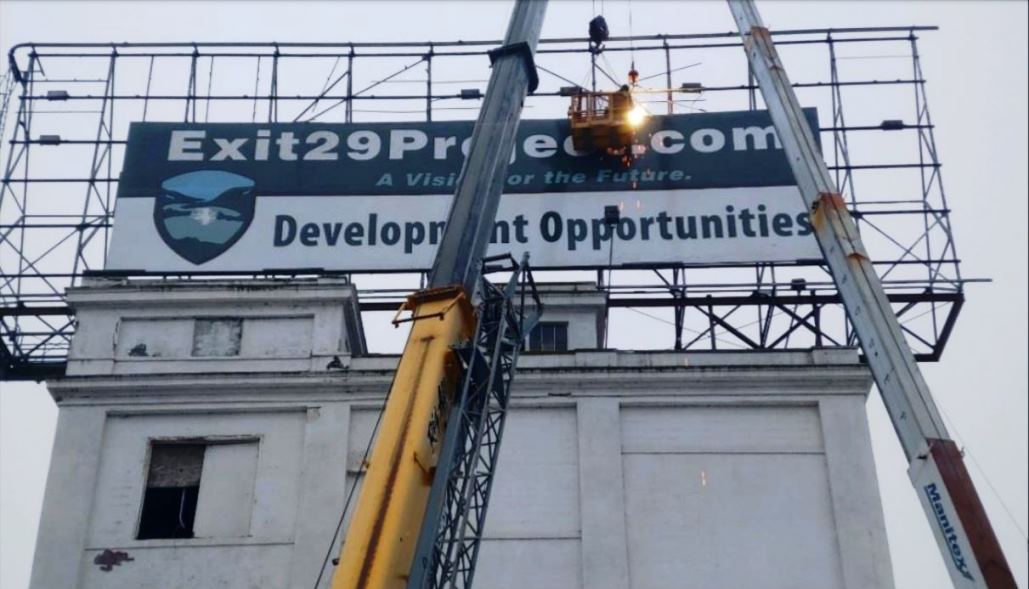 A new billboard installed atop the former Beech-Nut administrative and processing building caps off a year of progress toward the revitalization of one of what’s being billed as one of the most exciting economic development projects in New York state.

Montgomery County’s continued efforts to turn the former Beech-Nut food processing plant off the New York State Thruway’s Exit 29, into an economic engine for the region will take even greater shape in 2020. 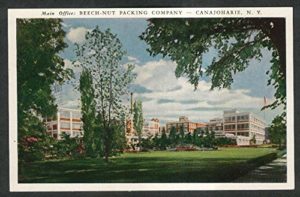 The site, which was home to Beech-Nut for more than 100 years before the company relocated to a new state-of-the-art facility in the Town of Florida, is currently undergoing demolition and remediation efforts funded by a combined $6.8 million in grants received by the county and the village to date.

“Creating a new campus that grows good-paying jobs and economic opportunity while complimenting the Village and surrounding area has been a complex but exciting process. Major progress has been made this year thanks to the efforts by our team at the BDC and the strong leadership of the County Executive Matt Ossenfort,” said Montgomery County Business Development Center CEO Ken Rose, whose team is spearheading the redevelopment process.

Montgomery County foreclosed on the site and took ownership in 2018. In 2018, the County and Village of Canajoharie secured $6 million in a Restore NY grant in addition to the $500,000 secured the year prior through the same program, for work including site demolition and remediation.

The County has been consulting with the EPA, state agencies, engineers and planners to develop a strategy for redeveloping the site.

“While we are overseeing the demolition and remediation efforts, we are also working daily to find prospective developers who can revitalize this site and restore a major economic driver for the village and the county,” Rose said.

“We’ve worked hard to attract millions in grant money and interest from investors,” stated Rose. “All of that work will allow the long-term vision for this site to start taking shape in 2020. It’s going to be an exciting year.”