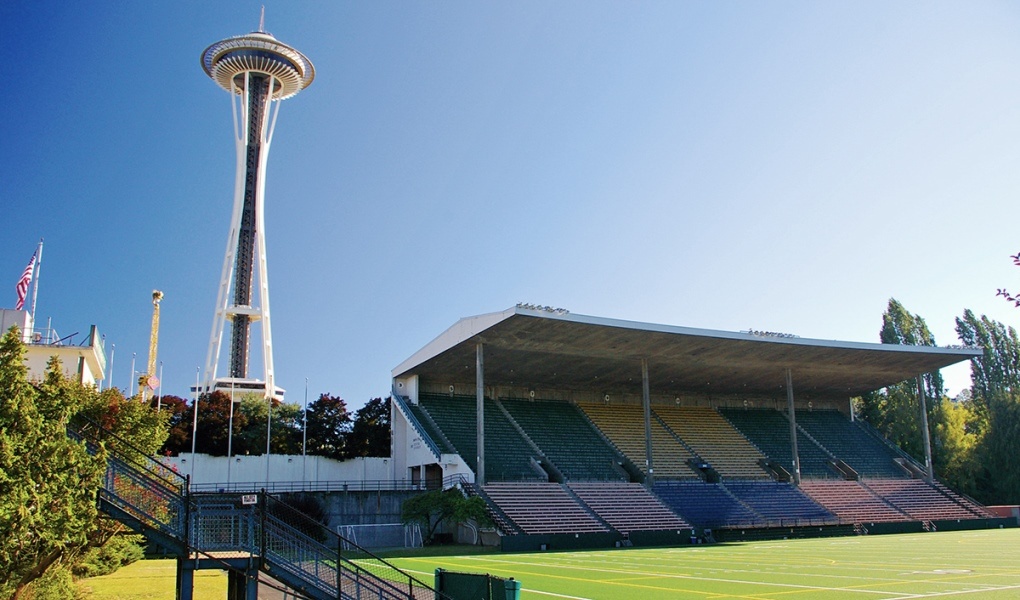 The 74-year-old Memorial Stadium must be replaced. Building off a 2017 partnership agreement between the city and district, the current letter of intent (LOI) creates a pathway for a new Memorial Stadium that better serves the school district and provides a high-quality venue for arts, sports, culture, community gathering and music at Seattle Center.

The LOI also identifies a site at which the district could construct a future downtown school if enrollment capacity is needed.

“City government and Seattle Public Schools are coming together with a plan to deliver on a downtown school and a new Memorial Stadium – this is a win-win for students and families across Seattle. We have seen the transformative power of Climate Pledge Arena, and now, we have a once-in a lifetime opportunity make progress on Memorial Stadium – one that will provide incredible opportunities for our youth and the community,” said Mayor Durkan.

“Students from across the district should not have to play in facilities that are in disrepair. We owe it to the youth of our City for generations to come to build a first-class facility in the heart of our transforming Seattle Center,” she added.

Seattle Public Schools is proposing $66.5 million in next February’s Buildings, Technology, and Academics/Athletics (BTA) V Capital Levy to provide for a replacement at a scale to meet the basic needs of student athletics and graduations.

“While we are laser focused on student outcomes, we recognize the importance of planning today for the future of our schools,” said Seattle Public Schools Interim Superintendent Brent Jones. “This partnership with the city will allow us to provide great schools and school facilities for the students of Seattle. Our primary focus is on creating the best opportunity for educational excellence, and that is a key element of this project.”

Project design, final cost, and timeline would be determined through a planning process with input from the public and stakeholders. As the project progresses, the Seattle Public Schools Board of Directors and City Council would need to provide review and approval of the project.

“Memorial Stadium is an important part of the Seattle School District community and the Metro League, and it continues to play a key part in the lives of students from Seattle and throughout the region,” said Seattle Public Schools Executive Director of Athletics Pat McCarthy. “I look forward to a partnership that will honor Memorial Stadium and prioritize what is best for our students.”

Once approved by Seattle voters, the LOI would allow the City of Seattle to work with the district to expand the scope, scale, and functionality of the new Memorial Stadium, with the City and private philanthropy providing additional funding.

“A new stadium will provide opportunities to develop partnerships for cultural access, performances, training, and internships for the youth of our region,” said Amir Islam, Executive Director of The Residency, a hip-hop music and arts program that mentors youth. “Memorial Stadium has been a place where great memories were made at concerts, graduations, events, and big games. I am excited to see a new venue create a space for more memorable events for decades to come.”

The LOI also provides Seattle Public Schools the future opportunity to build a school and a co-located park space on land at the former south portal of the Battery Street Tunnel that was vacated when the badly-planned Alaskan Way Viaduct was removed and the waterfront revitalized as a result.

“I congratulate Seattle Public Schools and the City of Seattle for coming together to form this partnership for a new Memorial Stadium,” said Beth Knox, Seattle Sports Commission President. “It will be a positive and much-needed venue for youth and inter scholastic sports and will create endless opportunities for young people and the greater Seattle Community.”

Seattle’s downtown population has grown dramatically over the past decade. With this LOI, the school district will have an option to develop a school on this City-owned site until 2031, allowing time for the District to plan and fund the project. The Belltown community has long anticipated a new park in this area, which would be provided as part of the new school.