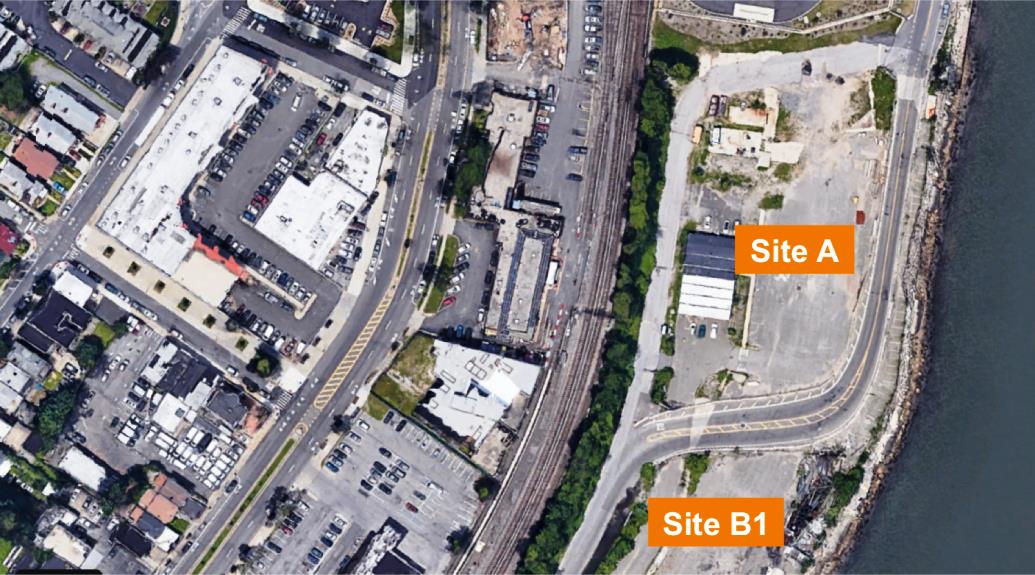 The City-owned site provides approximately 108,000 square feet of land for much-needed affordable housing, community amenities and services, and other improvements for the community through high-quality, mixed-use development.

The project is part of the New Stapleton Waterfront District, which is reusing and revitalizing a 35-acre decommissioned U.S. Navy Base.

“Creating new affordable housing in neighborhoods like Stapleton that have been hit hard by COVID-19 will be an important part of the City’s recovery. As a part of the Bay Street Corridor Neighborhood Plan, we worked hand in hand with residents and EDC to envision new, high quality affordable housing alongside improvements to green space and important neighborhood amenities,” said HPD Commissioner Louise Carroll.

“Now, we’re looking for thoughtful partners who will keep these community needs at the forefront of any plans to transform this vacant lot into 100% affordable housing,” she added.

Stapleton Site A is a vacant lot south of Hannah Street in the Stapleton Section of the North Shore.

The New York City Economic Development Corporation (EDC) is overseeing the City’s redevelopment of the New Stapleton Waterfront into a mixed-use neighborhood with housing, waterfront open space and retail and community facility uses. It will also include significant infrastructure improvements such as road reconstruction, bicycle and walking paths, and better connections to public transit. Find out more information about the New Stapleton Waterfront here.

The Stapleton section of the North Shore is one of the many New York City neighborhoods significantly impacted by the COVID-19 pandemic. Along with the greater public health and economic impacts of the virus, COVID-19 has exacerbated underlying inequities that are pervasive in communities of color that have experienced historical disinvestment. 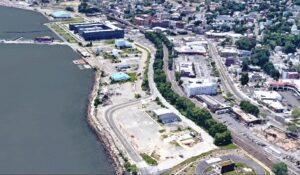 These underlying issues include a lack of entrepreneurship and business development opportunities, and unequal access to safe open space and secure, affordable, and healthy housing.

This RFP strives to address these inequities by ensuring that the vision and goals for each project are responsive to the expressed community needs and intensified socioeconomic challenges that many face in the neighborhood.

“Today marks an important step in implementing our Stapleton Waterfront, which will activate 36 underutilized acres for the public’s benefit,” said James Patchett, President and CEO of New York City Economic Development Corporation. “We congratulate HPD on this milestone and we look forward to supplementing this much-needed affordable housing with a reconstructed Front Street, new sewer infrastructure, and public waterfront open space.”

The City invites developers to submit proposals for the design, financing, construction, and operation of new affordable housing and community amenities on City-owned land. HPD is committed to increasing opportunities for, and strengthening the capacity of, Minority- and Women-Owned Business Enterprises (M/WBE) and non-profit developers.

In keeping with the City’s new equitable ownership requirement, development teams must include an M/WBE or non-profit that will hold at least 25% of the managing ownership interest in the project, entitling it to at least 25 percent of the total economic benefits of the project, net of any tax credit limited partner interests.

The Stapleton Site A RFP aims to further the goals of the Bay Street Corridor Neighborhood Plan, the product of a collaborative planning process undertaken by the City and the community. The Plan establishes a framework and set of strategies to promote growth in the neighborhood; advance the development and preservation of new housing; foster jobs and economic opportunity; and invest in services and infrastructure, including improved parks, new schools, and safer streets.

The development of this RFP was further informed by resident input gathered through a series of online Community Visioning Workshops held in September 2020. The results of these workshops are summarized in a report available online and attached to the RFP. Redevelopment teams will be evaluated in part by how they thoughtfully consider the goals and priorities outlined in this report.