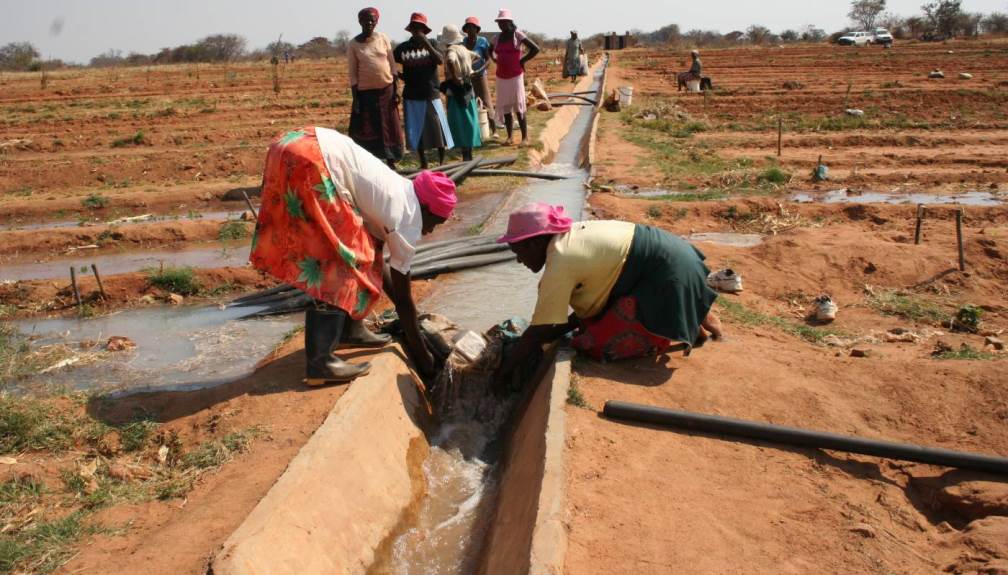 As a child, Kenyan meteorologist Saumu Shaka helped out on her parents’ small farm growing maize and pigeon pea – and learned how the weather can hold food producers hostage. “Looking back, the yield has declined over the years,” said Shaka, 28, who works with the Kenya Meteorological Department.

A decade ago, her parents would get 25 sacks of maize from their six hectares in Taita Taveta County, southeast of Nairobi. Today, that has dwindled to five bags at most, because of erratic rainfall that can also spur crop-destroying pests.

According to the United Nations’ Food and Agriculture Organization (FAO), women represent nearly half of farmers in Africa, and produce up to 80% of basic food crops. They are also largely responsible for preparing, storing and processing food.

But in many cases, the FAO says, they have limited rights, mobility and access to resources, information and decision-making power, making them more vulnerable and less able to adapt to climate change impacts than men.

“This means women’s continued under-representation in climate change research is no longer acceptable,” said Kamau-Rutenberg, noting that few have opportunities in science education.

AWARD is leading the One Planet Fellowship, a new initiative that will train 630 African and European scientists to use a gender lens to help African smallholders adapt to climate shifts, unusually offering Africans the opportunity to serve as mentors.

The aim is to “set an example and dispel the myth that there are no African women scientists ready to step into leadership,” Kamau-Rutenberg added. 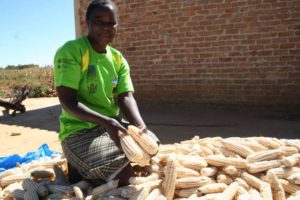 As one of the inaugural fellows, Shaka is seeking home-grown solutions to the challenges faced by farmers like her parents, who are battling to grow enough food on a warming planet.

Her research focuses on cost-effective “climate-smart” agribusiness techniques to help young people boost jobs and food security, which she will promote on social media platforms.

African scientists “have firsthand experience and solutions that are practical and applicable to their societal set-ups within their individual countries,” she said.

Droughts and floods, for example, impose a health burden on women, who have to walk long distances in search of water and stay alert to the risk of waterborne diseases, she noted.

Pamela Afokpe, 27, an AWARD fellow from Benin, said “in-continent” experts could relate to the needs of African farmers more easily.

Afokpe, a vegetable breeder with East-West Seed International, is working to get more farmers growing indigenous leafy vegetables in West and Central Africa by helping them access high-yielding varieties resistant to pests and diseases.

Up to now, a limited number of African experts have contributed to the landmark scientific assessments published by the Intergovernmental Panel on Climate Change (IPCC), which synthesizes research and guides policymakers.

Out of 91 lead authors of the 2018 IPCC special report on limiting global warming to 1.5 degrees Celsius, only eight were from Africa, as were just a tenth of the 783 contributing authors.

“Women have different lived experiences and views on the problems and solutions,” she said. “We need to hear those voices if we are to be able to identify context-relevant solutions from the scientific literature. There is no one-size-fits-all,” she added.

Over the IPCC’s three decades of operation, there have only been three female co-chairs, two of them on the current report, she noted. “We have a long way to go still,” Roberts told the Thomson Reuters Foundation in a telephone interview. 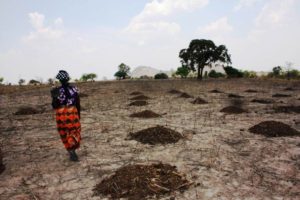 Women also need to be involved in the practical design of climate solutions, such as expanding off-grid solar power and clean cooking, which can reduce drudgery and minimize health issues linked pollution, said agricultural experts.

In Mali, a public-private partnership has provided 1.6 million people with more efficient stoves, reducing pollution by half compared to a traditional three-stone fire, she noted.

Glatzel said it was important to include and empower female scientists and farmers in the switch to cleaner, modern energy, so that their concerns could be addressed.

In northern Benin, meanwhile, a solar-powered drip irrigation system means a cooperative of 45 women now fetches water one or twice a week rather than daily, she added.

Bringing women on board with technological innovation for rural energy services is key “to ensure that end products meet their needs and those of their families,” she said.

This article by Busani Bafana (edited by Megan Rowling and Laurie Goering) originally appeared on the website of the Thomson Reuters Foundation, the charitable arm of Thomson Reuters. Reprinted here (eith minor edits) by permission.