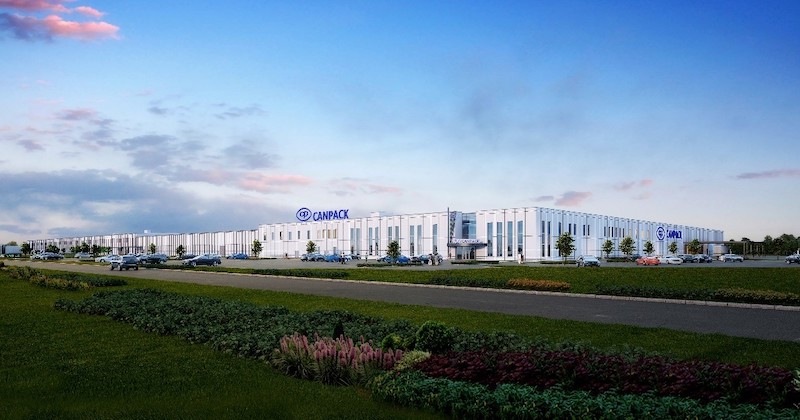 On July 15, 2020 the CANPACK Group announced that it will redevelop a former brownfield site in Lackawanna County, Pennsylvania. The vacant property will be revitalized as an aluminum can manufacturing facility and North American Center of Excellence.

An international manufacturer of aluminum and steel cans and glass bottles for the food and beverage sector and a subsidiary of Pennsylvania-based GIORGI GLOBAL HOLDINGS, INC., CANPACK Group says their investment will create 400 new well-paid jobs for Pennsylvanians. 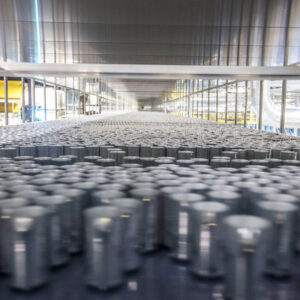 “CANPACK is a great company with a phenomenal growth platform and we are absolutely thrilled to be entering the US market where we will be better able to serve our global customers’ beverage can needs,” stated Roberto Villaquiran, CANPACK’s CEO.

“In addition, investing in the conversion of a brownfield site to a state-of-the-art aluminum can manufacturing facility and operations center, which creates local jobs and benefits the community, is consistent with CANPACK’s focus on sustainability and being a responsible corporate citizen that gives back to the local community,” he explained.

CANPACK’s commitment includes the acquisition and demolition of a blighted 1 million-square-foot facility on a 102-acre brownfield site in Olyphant Borough, where it will establish a 908,000-square-foot aluminum can manufacturing facility and operations center, including a customer experience center portraying CANPACK’s R&D and lithographic capabilities, its first in the United States.

The company has pledged to invest nearly $366 million into the project and will create more than 400 executive, professional and technical manufacturing jobs within three years. This project marks the ninth largest capital investment in the Governor Action Team’s history, bringing regional executive-level positions and the largest manufacturing project in the Greater Scranton Area since Proctor & Gamble in 1966.

“Since we first invested in CANPACK over 30 years ago, it has grown from a single steel food can manufacturing site in Poland to a true multinational packaging manufacturer with nearly 8,000 employees and 28 manufacturing sites located in Europe, South America, India, the Middle East, and Africa. We are extremely excited to bring CANPACK into the United States, the world’s largest aluminum beverage can market,” said Peter Giorgi, president and CEO of Giorgi Global Holdings, Inc.

“Despite many attractive locations, we chose Pennsylvania not only because it’s my home and home for many of GIORGI GLOBAL HOLDINGS’ other agricultural and food packaging businesses but also because of the warm welcome we have received from Governor Wolf and the Governor’s Action Team, the Department of Community and Economic Development, the Department of Environmental Protection, Senator John Blake, the Mid-Valley School District, Lackawanna County and the Borough of Olyphant,” he continued.

For this important brownfield redevelopment project, CANPACK received a proposal from the Department of Community and Economic Development (DCED) for $6 million in Redevelopment Assistance Capital Project (RACP) funding. The project was coordinated by the Governor’s Action Team, an experienced group of economic development professionals who report directly to the governor and work with businesses that are considering locating or expanding in Pennsylvania.

“CANPACK is known throughout the world for its manufacturing strength, and we are thrilled that the company has chosen Pennsylvania for its entry into North America,” said Governor Tom Wolf.

“This company is making a historic investment in Lackawanna County, creating good-paying jobs for hundreds of Pennsylvanians, putting an abandoned brownfield site into productive use, and creating additional revenue for the local community,” he added.

The CANPACK Group is a global group of packaging companies with its operational headquarters in Krakow, Poland. The CANPACK Group’s operations include aluminum can manufacturing, glass bottle production, the manufacture of food and industrial packaging, and the production of crown caps. CANPACK’s ultimate parent is GIORGI GLOBAL HOLDINGS, INC., a global holding company with its operational headquarters in Blandon, Pennsylvania and with operations in the agricultural, food and packaging sectors.

“For generations, the site of this development has been a source of income, employment and pride for thousands of Lackawanna County families. I am thrilled that CANPACK is bringing hundreds of much-needed and good-paying jobs back to our region and, specifically to this expansive industrial site in Olyphant,” said Sen. John Blake. “I applaud the Wolf Administration and the Governor’s Action Team for their work to attract CANPACK to our region and for again showing the value of public-private partnerships for our region, our residents and our economy.”