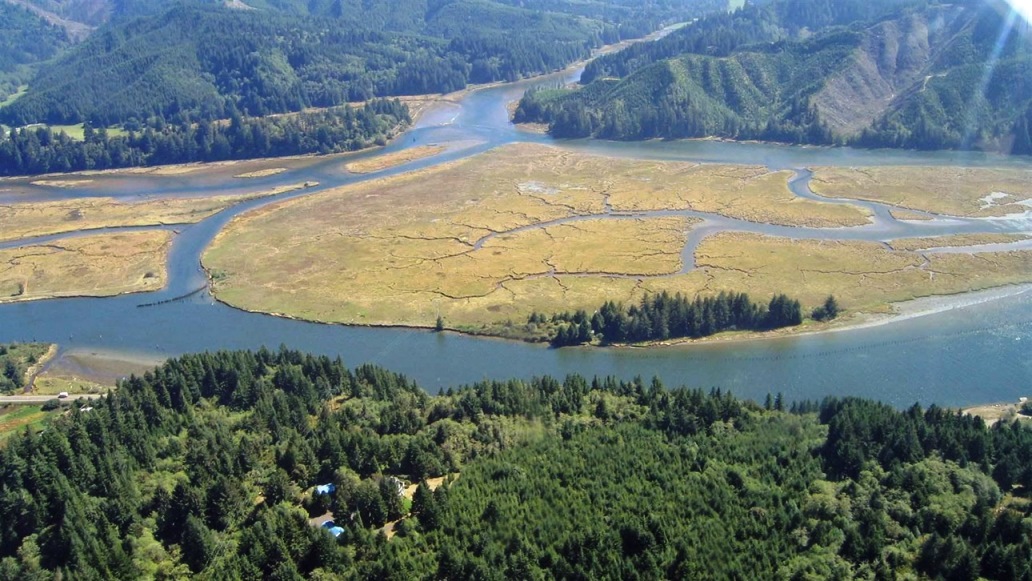 As a kid growing up on the coast of Massachusetts, Kate Sherman was afraid of eelgrass because of all the fish, crabs, and other shellfish tucked among the willowy leaves of this important marine plant. 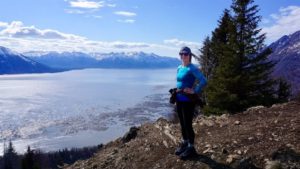 Kate Sherman has a personal connection to the habitats she restores, including Turnagain Arm, an estuary near Anchorage, Alaska. Sherman also works for the Pacific States Marine Fisheries Commission. Photo by Greer Gehler.

“I’d say, ‘Dad, I can’t walk in that. Look at all the critters in there,’” says Sherman, now a marine data scientist based in Portland, Oregon. “Now I say I’ve been protecting eelgrass since age 2 or 3.”

Today, Sherman and her colleagues at the Pacific Marine and Estuarine Fish Habitat Partnership (PMEP) are working to protect and restore eelgrass meadows, tidal marshes, and other coastal habitats that nurture marine life.

And her change of heart about eelgrass isn’t lost on her family. “My folks laugh at me now that I protect it because I was so scared of it as a kid,” Sherman says.

The Pew Charitable Trusts spoke with Sherman to learn more about PMEP’s work:

(This interview has been edited for clarity and length.) 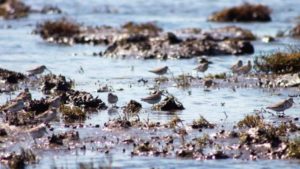 Q: What is the Pacific Marine and Estuarine Fish Habitat Partnership (PMEP)? A: We are group of experts from state and federal agencies, Native American tribes, and non-governmental organizations who focus on conserving, restoring, and protecting fish habitat on the West Coast—including estuaries, eelgrass meadows, kelp beds, and rocky reefs—to ensure fish, invertebrates, and humans can live and thrive into the future.

PMEP also provides data and mapping resources to other natural resource management agencies and played an integral role in the comprehensive West Coast tidal wetlands loss study [published in the journal PLOS One] in August.

Q: Why should people care about estuaries? A: Many West Coast communities, including San Francisco, Seattle, and Newport and Astoria, Oregon, are located right on estuaries. And you need safe places for fish when they are small, and estuaries provide these very important nurseries for juvenile fish. In addition, estuaries are the first point of coastal contact for fish such as salmon when they return from the ocean and head upriver to spawn. Estuary wetlands are also important in helping to trap sediment to keep up with sea level rise, and seagrasses (such as eelgrass) can potentially buffer local areas from ocean acidification.

Q: Where was PMEP’s first restoration project? A: Our partners removed dikes and culverts and restored 500 acres of high-quality estuary habitat in the Bear River area in south Willapa Bay in 2013. Removing the dikes and culverts allowed sea water to flow back into the estuary. Then nutrients came back into the system and the more traditional wetland vegetation returned. This created an area that protects juvenile fish like coho salmon, Dungeness crab, and other, less well-known fish such as staghorn sculpin. 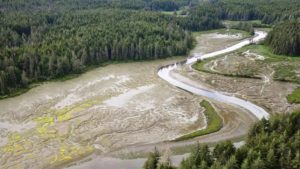 Q: Why have we lost so much of the tidal wetlands on the West Coast? A: Coastal development—particularly in Southern California, the San Francisco Bay area, Seattle, and other urban areas—as well as farming.

Q: Why don’t more people appreciate the importance of eelgrass? A: People have no idea why it’s important. It looks like grass. We have grass everywhere [on land], and we cut it and it grows back.

People also refer to [eelgrass] as seaweed. You don’t think of a weed as being important.

Q: What’s most challenging about PMEP’s work? A: It’s very challenging to make people aware of the importance of fish habitat. People don’t want to live without a home, yet they don’t think about how animals need a home.

Q: What’s most rewarding? A: Working with people who care about these important places and habitats and knowing this work will help contribute to the restoration and protection of these important resources for the future.

Featured photo (by Laura Brophy) shows the Siuslaw River estuary in Oregon, one of the sites where the PMEP is working.

This article by Laura Brophy originally appeared on the website of The Pew Charitable Trusts. Reprinted here by permission.