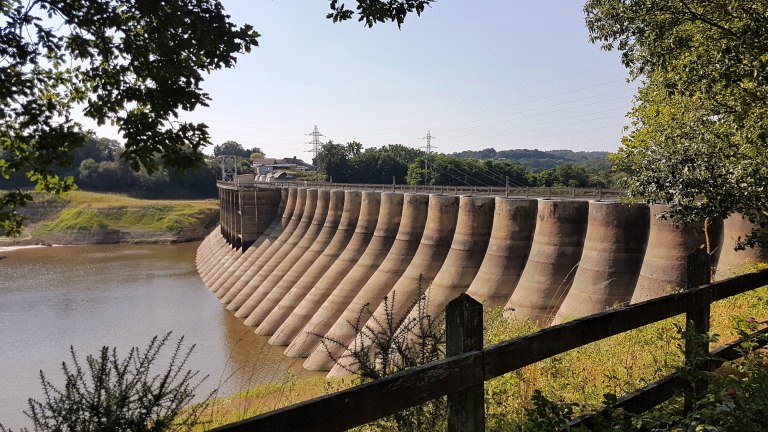 With all the fake news gushing from the White House these days, it’s nice to be able to point to one area in which the United States is honestly a world leader: river restoration via dam removal. In 2018, 82 dams were removed from across the country. Communities in 18 states worked with non-profit organizations, local municipalities, state and federal agencies to remove these dams and successfully reconnect more than 1230 river miles.

The rate of dam removal has accelerated steadily over the years, with most removals (1355) in the U.S. occurring over the past 30 years. Three states area leading the way: Pennsylvania is #1 at 337, with California at 148 and Michigan at 139.

But we’re happy to report that the trend is now gaining momentum worldwide, as people awake to the simple truth that rivers must flow in order to be healthy. 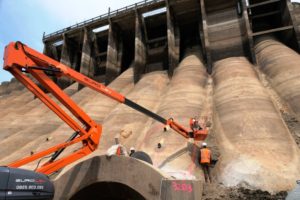 Europe’s largest dam removal project so far took a significant step forward in June of 2019 as the first breach was made in the 36-meter-high Vezins Dam in Normandy, France. The dam, located on the Sélune River, was been scheduled for dismantling in 2017, along with another 15-meter high dam, La Roche-Qui-Boit.

The removal of the dams is designed to reconnect migration routes for fish such as the Atlantic Salmon and European Eel, and to improve water quality in the river and re-naturalize flows of sediment through the Sélune catchment. The story here is indicative of global trends: a recent study suggests that only around one-third of global rivers are free-flowing – with dam construction a key factor in fragmenting and regulating water flows.

The La Roche-Qui-Boit and Vezins dams were built on the Sélune in 1914 and 1927 respectively. Before their construction, migratory fish could move throughout the river’s catchment between their spawning grounds in tributaries and headwaters and their feeding grounds out at sea. The dams provided an impassable obstacle for salmon, limiting their spawning grounds to a small area below the dams. Removal of the dams will open up 90km of the Sélune River to migratory fish, which is estimated to increase juvenile salmon habitat three-fold, and increase adult salmon numbers returning to the river by more than 1400.

Large reservoirs of slow-moving water have formed behind the dam walls, where river sediments are prevented from moving downstream towards the river estuary at Mont St Michel. This has two linked ecological problems. First, the build-up of sediments and reduction in water flow can lead to algae blooms and reductions in water quality. Second, the dams disconnect natural sediment flows throughout the river catchment, altering how material and nutrients flow through the river system. In effect, dams don’t only fragment water flows along a river system, but also disconnect its ecosystems and their natural processes. 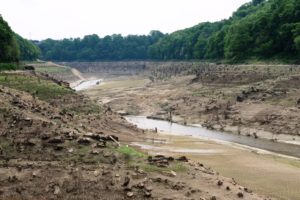 The devastated ecology of the dam’s drained reservoir can now be ecologically restored.

“The removal of the Vezins Dam signals a revolution in Europe’s attitude to its rivers: instead of building new dams, countries are rebuilding healthy rivers and bringing back biodiversity,” said Roberto Epple, president of European Rivers Network. “Nature can recover remarkably quickly when dams are removed and I look forward to watching salmon swimming past Mont St Michel and spawning in the headwaters of the Sélune for the first time since my grandparents were young,” Epple continued.

The Vezins and La Roche-Qui-Boit dams were both built around a century ago, and campaigners argue that they are now inefficient and obsolete, and that their environmental impact outweighs their ability to produce renewable energy. “There are tens of thousands of old, obsolete dams in Europe that can and should be removed,” said Arjan Berkhuysen, managing director of the World Fish Migration Foundation. “We are hopeful that by removing not only big dams like this but also by removing small barriers through local efforts we can restore these important life sources.”

A 2018 BBC Radio 4 program interviewed some of the river restoration practitioners involved in the Sélune River project, outlining that the first phase of the project was to empty the lake above the Vezins dam, and stabilize its sediments. This process has now been completed, allowing for last week’s first breach of the dam wall itself. The smaller La Roche-Qui-Boit dam is due to be demolished in 2021.

The dismantling of the dams on the Sélune River will provide a valuable case-study for environmental scientists and policy makers seeking to understand how river ecosystems respond to dam removal. The scientific project responsible for the dam removal has a 16 year “lifespan” to monitor the river’s ecosystems for years to come. Similar large-scale projects, such as the removal of the 64-meter high Glines Canyon Dam on the Elwha River in Washington State, USA have resulted in increasing migratory fish populations, and the creation of new habitats due to naturalized sediment flows, both along the river and out into its estuary. 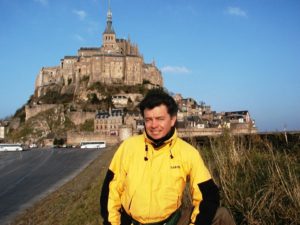 The Sélune River dam removal project has been opposed by some members of the local community, partly because of the recreation and tourism value of the lakes created above the dam walls. A recent analysis of the evolution of the Sélune project suggests that such discord stems from the difficulties of creating meaningful dialogue and “shared visions” for the landscape in decision-making processes.

As the shifting-baseline theory suggests, what people might imagine as a defining feature of a place – such as a dam lake – can often be a relatively recent alteration to the landscape. What dam removal asks us to do—ecologically, politically, and aesthetically—is to imagine river landscapes unconstrained by human actions, and instead with resurgent ability to plot their own course. This, of course, is not always an easy process to get everyone on board with.

The Sélune project is taking place at the same time as major hydropower construction projects threaten the health and status of free-flowing rivers in Eastern Europe, and across the world. Clearly, despite this hopeful project there is significant work to be done in balancing the need for renewable energy with the critical need to conserve and restore freshwater biodiversity. We will follow these projects closely in the coming months.

Unless otherwise credited, all photos are by Roberto Epple / ERN / WWF.

This article (not including the opening three paragraphs) originally appeared on The Freshwater Blog website. Reprinted here (with minor edits) by permission.