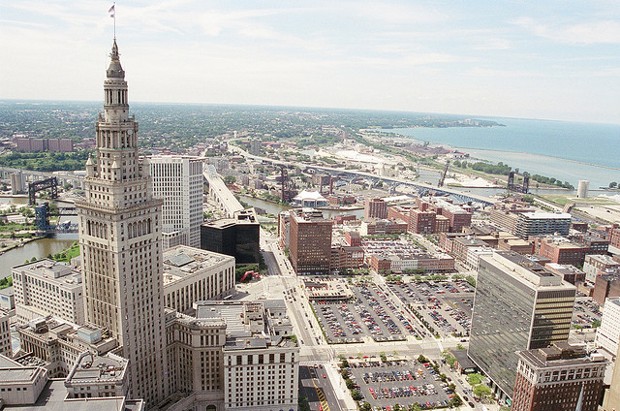 After a tailspin in the 1980s, Cleveland’s downtown population soared 32 percent from 1990 to 2000—the biggest rise of any Midwest city (including Chicago) and far above the regional average (7.7 percent), according to Brookings. The climb has continued at pace; last summer downtown reportedly reached an “all-time high” of 12,500, with an astonishing residential occupancy rate of 98 percent.

David Fields of transportation planning consultancy Nelson\Nygaard, who led the traffic analysis for Public Square, describes the area’s growth as “totally underestimated” from a national perspective.

“Downtown Cleveland is an amazing turnaround success story,” he says. “The next generation is moving back in and really activating the place in a way that, if you haven’t seen it in a long time, it makes it really exciting to go downtown. It’s not what you think of when you think of Cleveland from a few decades ago.”

That Millennials are flocking to an American city is no revelation. But a new demographic study from the Center for Population Dynamics at Cleveland State University, led by researcher Richey Piiparinen, lends some powerful numbers to the discussion where Cleveland is concerned.

The report shows all the ways Cleveland’s young people—those age 18 to 34 with college degrees, to be precise—are leading the charge back downtown.