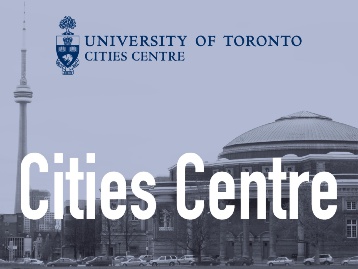 In recent years, amid extensive public discussion about the growth of income inequality, some researchers have documented how this trend is changing the geography of metropolitan areas.

In cities such as Toronto and Vancouver, which have experienced inner-city gentrification, rising inequality has been associated especially with the decline of the inner suburbs. It is not clear how the trend is affecting neighbourhood patterns in smaller centres and those where gentrification has been less apparent.

Hamilton, Ontario is a significant case in point. As much as any Canadian census metropolitan area (CMA), Hamilton has appeared to conform to the American urban stereotype of inner-city poverty and suburban affluence. Moreover, since 1970, income inequality in Hamilton has grown more rapidly than in most other Canadian metropolitan areas. This trend has been reflected in a marked segregation of the poor and a steady polarization of eighbourhoods, which has reduced the number and proportion of middle-income areas.

The Hamilton CMA includes the cities of Hamilton and Burlington; in 2001, the City of Hamilton was amalgamated with five other, rapidly growing municipalities. Local residents still speak of these as suburbs, and it is possible to distinguish these outer suburbs from the early postwar “inner” suburbs that developed within the city.

Income polarization has produced and reinforced a marked geographical pattern at the scale of the CMA. It has reinforced the contrast of inner city and suburbs: the inner (“lower”) city has become relatively poor.

This pattern has been complicated since the 1980s by the decline of inner suburbs to the east and south. Together, these declining areas house most recent immigrants, including refugees, and contain concentrations of low-income renters. In contrast, Burlington and the western suburbs, notably Ancaster and Flamborough, have become increasingly prosperous. At the scale of the CMA, then, the contrast between east and west sides has become more marked.

Since 2010, signs of gentrification have appeared in certain lower-city neighbourhoods. Property values have increased disproportionately; lower-income apartment buildings are being renovated and tenants displaced; after many years of inaction, developers are building hotels and condominiums; several downtown retail streets are thriving with new businesses. The geography of Hamilton is on the cusp of change. ^^^^^^^^^^^^^^^^^^^^^^^^ Note from Storm: For over a decade, I’ve told anyone who will listen that Hamilton, Ontario has the greatest revitalization potential of any city in Canada. I said as much when I keynoted their annual Hamilton Economic Summit (sponsored by the Hamilton Chamber of Commerce) in June of 2010. I still say so today, and am happy to report that lovely Hamilton finally seems to be hitting its stride.