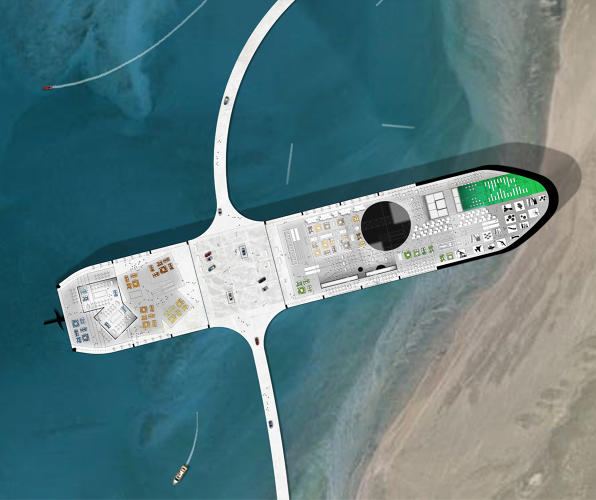 In a future world without oil, we’d end up with thousands of unusable massive oil tankers, some as long as 40-story buildings. Instead of sending them to scrapyards, a team of architects wants to turn them into floating neighborhoods.

The supply of ships isn’t hypothetical: Every year, as old tankers wear out, they’re already being scrapped. Most end up in shipyards in places like India and Bangladesh, where workers are paid a few rupees a day to attack steel hulls with blowtorches. It’s dangerous—hundreds of workers have died from falling steel or explosions over the last decade in India alone—and the ships themselves are considered toxic waste.

But by giving the hulls new value in development, the architects hope to change the disposal process.

After carving out the internal structure of a megatanker, the designers propose turning it into an airy public space for events, a museum, shops, and even housing, with a park-like area on the top deck. At over 1,300 feet long, some tankers could easily accommodate an entire neighborhood.