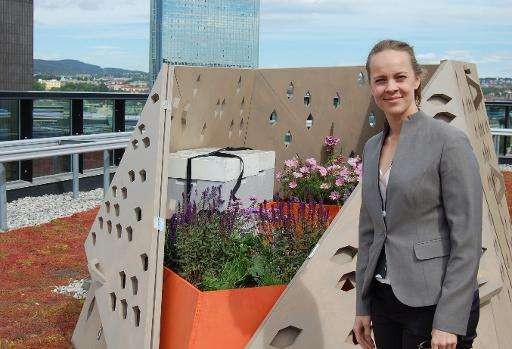 Oslo has taken a decidedly adorable stand in the battle to save pollinators: Homeowners, businesses, and local officials have rallied to support the endangered insects by planting local flowering plants in yards, planters, parks, and on rooftops.

Oslo’s new “bee highway” is just one part of an emerging trend in highway infrastructure. The project does tie into an increasingly popular, if not entirely new, approach to protecting larger animals passing through built environments: wildlife crossings.

Starting in the 1950s, France, Germany, Switzerland, the Netherlands and other European countries have built bridges, culverts, and underpasses designed specially for animals so they can safely traverse busy human highways. Often shaped and planted to blend with the surrounding natural habitat, wildlife crossings have more recently taken off in North America.

Banff National Park is cut through by the bustling Trans-Canada Highway, spelling mortal danger for the bears, elk, moose and dozens of over mammals around. Between 1996 and 2013, park officials built six wildlife overpasses and 38 underpasses, which have supported more than 140,000 documented wildlife crossings.

In the U.S., Montana, Washington, Colorado, Florida, Massachusetts, and other states now have bridges and tunnels for their own endemic species. In Los Angeles last summer, the famed mountain lion P-22 ignited talks of building a crossing over one of the most jam-packed freeways in the country.