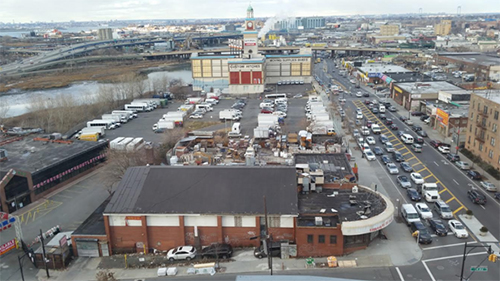 To ease New York City‘s affordable-housing crisis, the de Blasio administration wants to redesign 15 city neighborhoods to allow for the construction of more apartments. Naturally, these efforts have been led by the Department of City Planning. All except one.

City officials have entered into an unusual arrangement with a small nonprofit run by former Queens Borough President Claire Shulman to develop residential buildings, transportation, parks, and retail and commercial space for 60 acres of industrial property along the western border of Flushing.

The organization, called the Flushing Willets Point Corona Local Development Corporation, oversees a portion of the proposal for a new neighborhood to be called Flushing West, while the Department of City Planning is working as a paid contractor for the development corporation.

The nonprofit led by Ms. Shulman has been working toward the same goal since 2011, when it received a $1.5 million state grant to help revitalize the area. In an uncommon arrangement, it agreed to pay $800,000 of that cash to hire the city as a subcontractor. Draft contracts show the city’s duties were to study the neighborhood, perform outreach and draw up a master plan.

City planners contend the department is getting paid only to study potential environmental impacts. Either way, the department typically performs those tasks of its own volition, or simply advises and reviews proposals from private applicants and then charges for the service.