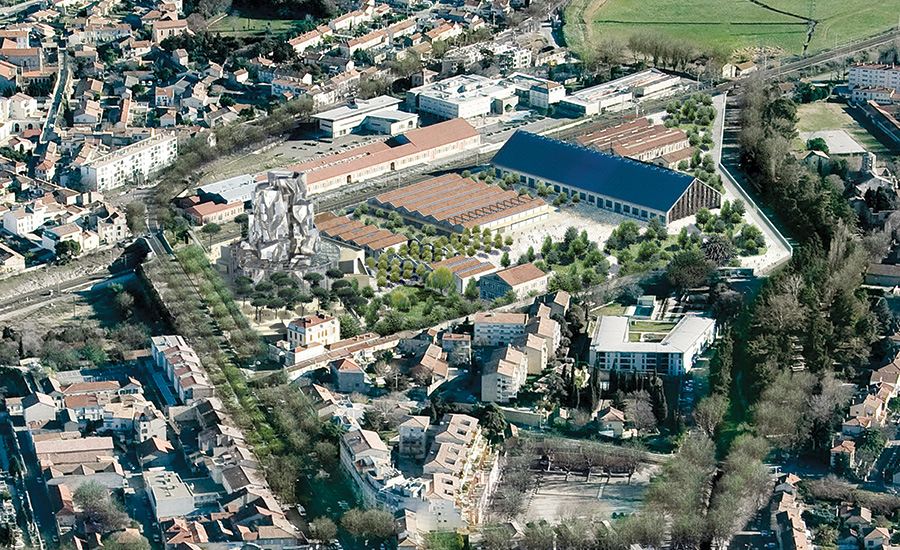 In 1984, France’s national railway, the SNCF, shut down a rail yard with a handful of handsome 19th-century industrial sheds in the sun-washed southern city of Arles.

The so-called Parcs des Ateliers, where broken trains had been repaired since the 1850s, was a major provider of employment in the town, which now numbers 54,000 inhabitants. But after the yards closed, the 16-acre sunken site remained unoccupied and unloved, a dustbowl next to the Avenue Victor Hugo, one of the city’s main roads.

But a radical new arts campus is rising from the SNCF’s ashes, in the private hands of Maja Hoffmann, a Swiss pharmaceutical heiress, philanthropist, and collector of contemporary art, who arrived in Arles when she was just a few weeks old and considers it her hometown.

LUMA Arles is a new experimental contemporary art center that brings together artists, researchers, and creators from every field to collaborate on multi-disciplinary works and exhibitions. Located south of Arles’ historic city center, the project repurposes the industrial ruins of a 10-acre rail depot and introduces a new public park at the Parc des Ateliers.

Her foundation, Luma, begun in 2004 with the mission of spurring artistic activity rather than just exhibiting its results, will spend a sum estimated to be north of $100 million on the project. 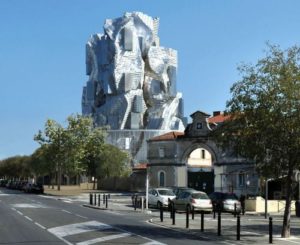 The centerpiece of the new Parc des Ateliers site is starchitect Frank Gehry’s dazzling 185-foot-high tower for an art and research center, which will open in 2018. Gehry says the clustered blocks are inspired by the rock formations that occur naturally in the region.

New York–based Selldorf Architects completed the stunning conversion of two historic buildings last summer–Les Forges, or the foundry building, and the Méca­nique Générale, which had been the main repair space. Selldorf was entrusted with the renovation and conversion of five former rail facilities into new exhibition spaces, and Bas Smets who is responsible for the landscape design.

The adapted structures have already hosted a range of events. Recent projects produced by the LUMA Foundation for LUMA Arles at Parc des Ateliers in Arles include: Imponderable: The Archives of Tony Oursler (2015); Frank Gehry: Solaris Chronicles (2014); Wolfgang Tillmans: Neue Welt (2013); To the Moon via the Beach (2012); Doug Aitken: Altered Earth (2012); How Soon is Now (2010) and the symposia How Institutions Think (2016); The Flood of Rights (2013) and The Human Snapshot (2011).

While the opening of the main building at the Parc des Ateliers is scheduled for 2018, an artistic programme developed in collaboration with LUMA Arles core group of artistic consultants, Tom Eccles, Liam Gillick, Hans Ulrich Obrist, Philippe Parreno, and Beatrix Ruf, is presented periodically in the already inaugurated venues of La Grande Halle, Les Forges and La Mécanique Générale.

LUMA Arles will be open throughout the construction period, and its programmes for new work, installations, and presentations will continue both on-site and at locations throughout Arles.