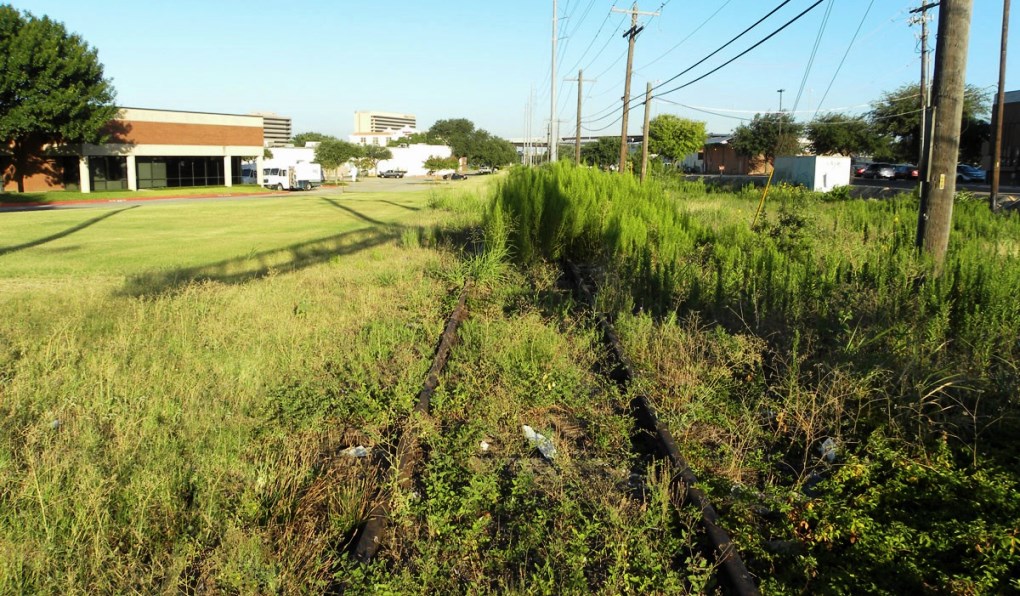 An abandoned railroad that once served the former Bergstrom Air Force Base may be revitalized as an urban trail for people walking and people on bikes, with the potential for future transit.

Today, much of the railway is in disrepair, but the Austin Public Works Urban Trails Program and the Capital Area Metropolitan Planning Organization (CAMPO) just released a study that examines options to repurpose this corridor: the Bergstrom Spur Platinum Planning Study Report.

The Bergstrom Spur corridor is six miles long and extends from Vinson Dr. in southwest Austin to US-183 near Austin Bergstrom International Airport. The City’s 2014 Urban Trails Plan identifies the Bergstrom Spur as a Tier I Urban Trail—the highest priority classification—because of its potential to connect to the Country Club Creek Trail, the shared-use path along SH-71, and the airport. 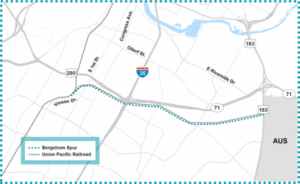 The Bergstrom Spur Platinum Planning Study recommends a phased approach for the redevelopment of the corridor, identifying near term urban trail improvements and a long-term vision for possible transit development.

Community members submitted over 300 comments on their vision for the Bergstrom Spur Corridor during the Study’s public input process, and this feedback helped inform the Study’s final recommendations, including a desire to create a sense of place, and not merely an area to pass through.

The completed Study will help the program move forward on projects more quickly once funding is identified.

Public comments on the final report can be submitted through January 6, 2021.

Images courtesy of the City of Austin.