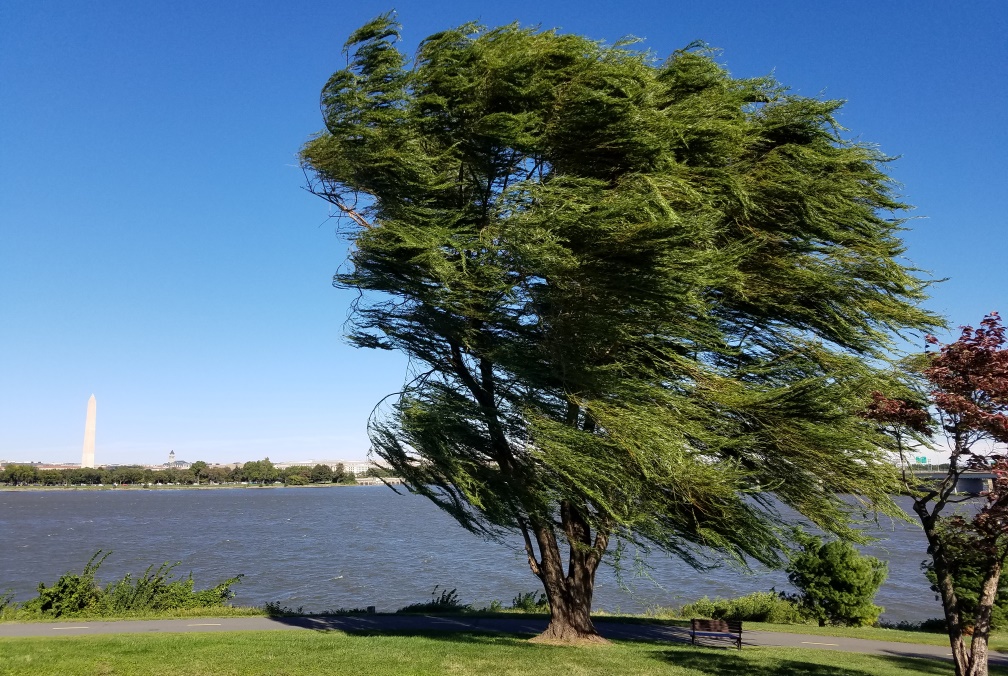 Two years ago, few people outside of the environmental community had heard of “nature-based solutions” to the climate challenge or “green infrastructure,” but both concepts are suddenly being championed around the world and even featured prominently in recent US presidential debates. That awareness, however, won’t mean a thing if we don’t figure out how to pay for them. Will an upcoming summit help?

In 1639, a Flemish alchemist named Jan Baptist van Helmont ripped a willow tree from the pot he’d planted it in and dusted off its roots, kicking off four centuries of scientific inquiry that culminated in the Intergovernmental Panel on Climate Change’s (IPCC) recent warning that 23 percent of all the greenhouse-gas emissions generated by man come from the way we manage our forests, farms, and fields.

Van Helmont began his experiment while under house arrest for heresy – a charge he’d incurred for questioning the supernatural powers of saintly relics during the Spanish Inquisition. Turning his attention to living things, he planted a five-pound willow in a 200-pound pot of dried soil and then watered it for five years. To his astonishment, the tree had gained almost 165 pounds of weight by the time he pulled it out, but the soil, once it dried, weighed only two ounces less.

The tree, he realized, hadn’t grown up from the soil; it had grown down from the sky, and that insight eventually led to our realization that plants use the energy of the sun to pull carbon dioxide out of the air and break it into carbon and oxygen, keeping the carbon for themselves and releasing the oxygen back to the rest of us. If they’re not eaten or absorbed back into nature, the plants eventually become crude oil, coal, or other fossil fuels.

By the late 1800s, Nobel laureate Svante August Arrhenius had coined the term “hothouse effect” to describe the way carbon dioxide traps heat in the atmosphere, and he warned we’d be amplifying that effect by incinerating thousands of years of stored carbon all at once. By the 1990s, hundreds of other scientists had shown that we were also amplifying the greenhouse effect by farming too aggressively and chopping forests.

To meet the climate challenge, the IPCC tells us, we must not only reduce emissions from fossil fuels, but we must embrace natural climate solutions that reduce emissions from farming and forestry as well. Even before this year’s IPCC report, similar findings had fueled calls for a Green New Deal in the United States, one that would revitalize family farms and restore degraded ecosystems across the country, providing millions of high-paying rural jobs and bolstering a restoration economy that already employs hundreds of thousands of people.

It’s a tantalizing idea, but how do we make it a reality?

In the lead-up to the summit, Ecosystem Marketplace will be running a series of articles built around themes to be explored there – from the ways that government can enable nature-based solutions to the ways green infrastructure projects can attract investors.

We Know What to Do, But Not How to Pay for It

Technologically, we know what to do. On the climate front, scientists from 15 research organizations recently identified 20 “natural climate solutions” that can get us 37 percent of the way to meeting the climate challenge. These solutions range from planting trees in among crops (agroforestry) to applying fertilizer more carefully (nutrient management) to grazing more cattle on less land (intensification), and they are all, to one extent or another, being practiced right now.

Beyond climate, the field of ecological restoration has matured dramatically from the days of landscape design, which focused on aesthetics, to practices that restore the ecological function of degraded landscapes. This means reviving wetlands so they filter water and reviving rivers and streams as part of green infrastructure projects that incorporate ecosystem services into development, so that man and nature can live in harmony.

This all sounds great and exciting – until it comes time to pay for it.

On this front, hundreds of governments, institutions, and green-minded companies have been experimenting on a grand scale, and Ecosystem Marketplace has profiled scores of these efforts over the years. In the coming weeks, we’ll be revisiting some of these programs, including broad-based initiatives like the Livelihoods Funds, which are using carbon finance to help small farmers implement agroforestry projects across the developing world, and individual projects that restore specific parts of degraded rivers or other ecosystems.

We’ll also be revisiting the challenges that small landowners face when trying to tap carbon markets, especially at today’s low prices, and covering new initiatives designed to bring risk-sharing lessons from the energy sector into the field of environmental finance.

Like van Helmont before us, we’ll be questioning cherished premises and, no doubt, incurring charges of heresy, at least from some quarters. But hopefully, once we shake the dirt off these old roots, we’ll have a better idea of what works, what doesn’t and why – and how we can scale up what works and abandon what doesn’t.

Photo of willow (significantly larger than van Helmont’s) in the wind on the Potomac River in Arlington, Virginia is by Storm Cunningham. Washington, DC—site of the summit—is in the background.

Register for the summit here.