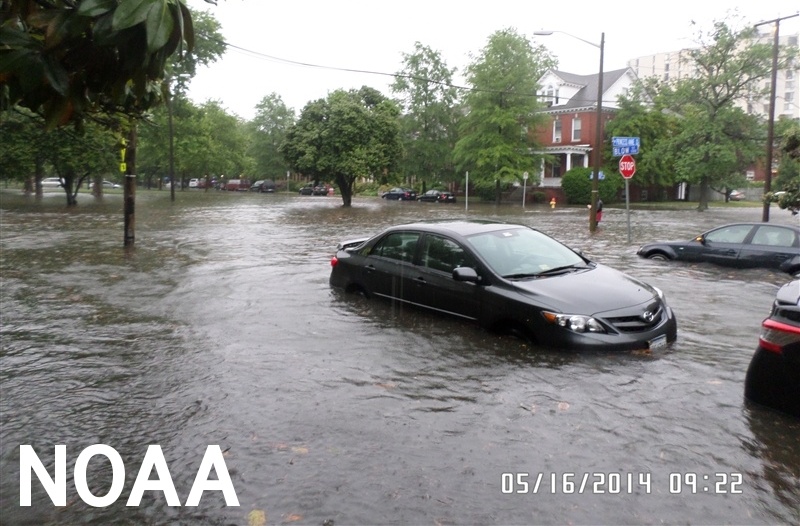 On February 15, 2022, seven federal agencies—led by the National Oceanic and Atmospheric Administration (NOAA)—revealed that the United States is expected to experience as much sea level rise less than 30 years from now—by the year 2050—as it witnessed in the previous hundred years. This devitalizing trend supports the current movement towards integrating community revitalization and resilience efforts.

“By 2050, moderate flooding ⁠— which is typically disruptive and damaging by today’s weather, sea level and infrastructure standards ⁠— is expected to occur more than 10 times as often as it does today,” said Nicole LeBoeuf, NOAA National Ocean Service Director. “These numbers mean a change from a single event every 2-5 years to multiple events each year, in some places.”

That’s according to a NOAA-led report updating sea level rise decision-support information for the U.S. released in partnership with half a dozen other federal agencies.

The Sea Level Rise Technical Report provides the most up-to-date sea level rise projections for all U.S. states and territories by decade for the next 100 years and beyond, based on a combination of tide gauge and satellite observations and all the model ensembles from the Sixth Assessment Report of the Intergovernmental Panel on Climate Change (IPCC).

“This is a global wake-up call and gives Americans the information needed to act now to best position ourselves for the future,” said Rick Spinrad, Ph.D., NOAA Administrator. “As we build a Climate Ready Nation, these updated data can inform coastal communities and others about current and future vulnerabilities in the face of climate change and help them make smart decisions to keep people and property safe over the long run.”

The report projects sea levels along the coastline will rise an additional 10-12 inches by 2050 with specific amounts varying regionally, mainly due to land height changes.

“For businesses along the coast, knowing what to expect and how to plan for the future is critical,” said U.S. Secretary of Commerce Gina M. Raimondo. “These updated projections will help businesses, and the communities they support, understand risks and make smart investments in the years ahead.”

The report updates the federal government’s 2017 sea level rise projections, and provides additional information on tide, wind, and storm-driven extreme water levels affecting current and future coastal flood risk. A suite of federal tools are using this data, including the NOAA Sea Level Rise Viewer, which are critical to the Administration’s commitment to tackle the climate crisis by making actionable climate data accessible to those who need it.

“This new data on sea rise is the latest reconfirmation that our climate crisis ⁠— as the President has said ⁠— is blinking ‘code red,’” said Gina McCarthy, National Climate Advisor. “We must redouble our efforts to cut the greenhouse gases that cause climate change while, at the same time, help our coastal communities become more resilient in the face of rising seas.”

The report also finds that the sea level rise expected by 2050 will create a profound increase in the frequency of coastal flooding, even in the absence of storms or heavy rainfall.

“This report supports previous studies and confirms what we have long known: Sea levels are continuing to rise at an alarming rate, endangering communities around the world. Science is indisputable and urgent action is required to mitigate a climate crisis that is well underway,” said Bill Nelson, NASA Administrator. “NASA is steadfast in our commitment to protecting our home planet by expanding our monitoring capabilities and continuing to ensure our climate data is not only accessible but understandable.”

This multi-agency effort is a product of the Interagency Sea Level Rise and Coastal Flood Hazard and Tool Task Force, composed of NOAA, NASA, EPA, USGS, DoD, FEMA and the U.S. Army Corps of Engineers, as well as several academic institutes.