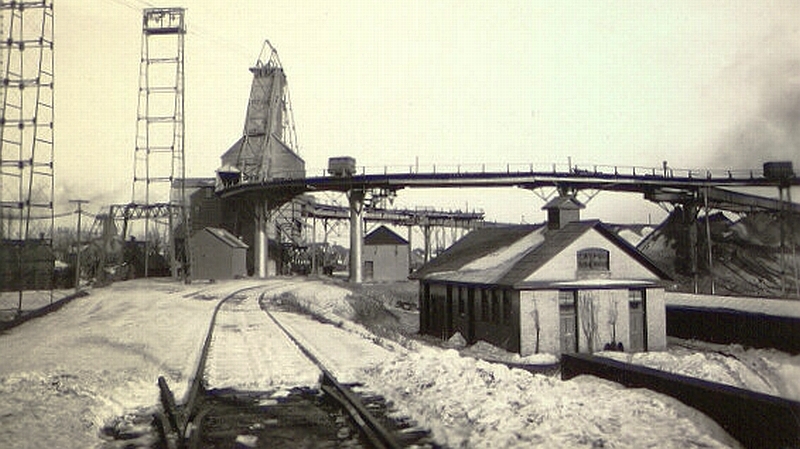 In Michigan, Michigan Technological University and the City of Negaunee are collaborating on a pilot study to determine if abandoned mines can be profitably converted into utility-scale batteries, storing “green” energy for consumers on the electrical grid. 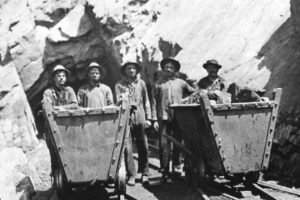 Mine workers in Negaunee.Date and author of photo unknown.

Pumped hydro storage is a mature technology used around the world. The basics are the same as any hydroelectric power generator: Store water in a high-elevation pond or tank, or behind a dam, then allow the water to flow down through a turbine to generate electricity.

Wind and solar power generation systems typically require a battery to store power when the generators are producing more than consumers are using. Storage facilities can push that power back onto the network when demand is high, but generation is low. Pumped hydro storage is among the cleanest and most efficient way we have to store electrical energy.

“Imagine, for example, a strong wind generating power at 3 a.m. when nobody needs it,” said Roman Sidortsov, assistant professor of energy policy. “An efficient battery allows the grid to smooth out those variations.” 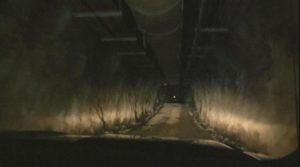 Mine shaft waiting to be repurposed.Date and author of photo unknown.

But in Negaunee’s case, the storage facility would use surplus power to pump water up to a certain elevation. When demand outpaces power supply, the water runs down into turbines, which then generate electricity.

“We think this is a fantastic idea,” said Nate Heffron, Negaunee City Manager. Heffron and city planner David Nelson, will bring community members into the design process at an early stage. “Discovering a way to return these places to productive industrial use, providing jobs and lowering energy costs, while also preserving or enhancing the historical fabric of our community — this is an amazing opportunity for us all.”

Public concerns with the ecological impacts of water diversions and impoundments, combined with resistance to infrastructure development by neighboring property owners has often meant that permitting utility-scale systems is difficult.

“If we move the entire system below ground and make it self-contained, there would be no effect on surface water flow, ecological systems or landscapes and scenic views. An underground pumped hydro storage system might be essentially invisible,” Sidortsov said.

“Many of the abandoned mines in our area might work for this,” said Timothy Scarlett, associate professor of archaeology and anthropology. “Many mines are deep, but only partly flooded.”

The researchers propose their design could allow the system to pump water from flooded levels into higher, dry ones, using old stopes and shafts as giant water tanks. No water is discharged from the system.

“Many of the mines in our area are also heritage sites, and they operate as museums, community parks and historic sites,” Scarlett said. “Our laws about ecological protection and historic preservation work together to help communities work through projects like these.”

The team says storage systems could be designed to support the heritage landscape, instead of conflicting with the way decommissioned mines are used today. Many such mines had powerhouses that produced electricity for their communities, and that historic infrastructure could be adapted to reconnect the storage facility back to the electrical grid.

“The heritage of these communities is an asset, not a liability,” Scarlett said, “both in terms of the historic landscape and the cultural identity that people share around these places.”

The should be completed this year. If successful, the researchers think it could help revitalize Negaunee and other mining towns.

Featured photo show the Athens mine in Negaunee. Author unknown.

This article was written by Kelley Christensen, MS, Science and Technology Publications Writer in the University Marketing & Communications department of Michigan Technological University.