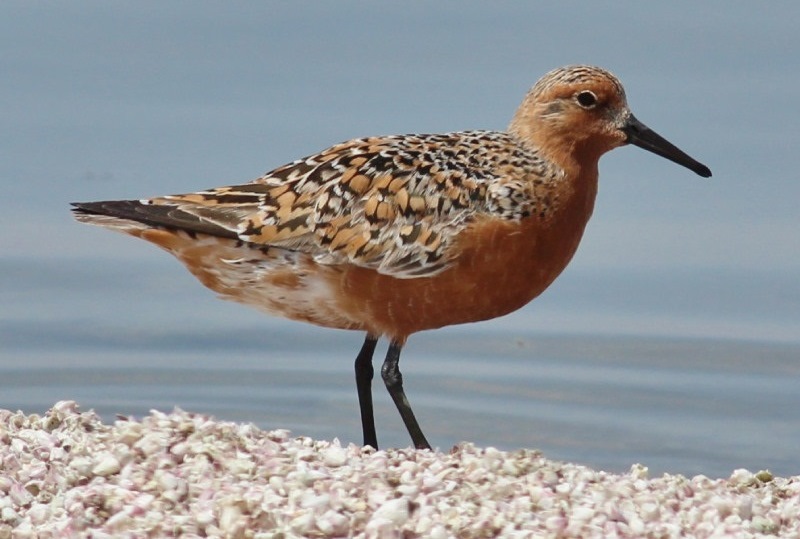 On April 6, 2021, it was announced that the ecologically restored Mispillion Harbor—one of the most important locations for the survival of Red Knots and other migrating East Coast North American shorebirds—has now been further protected.

The announcement was made jointly by the Delaware Department of Natural Resources and Environmental Control (DNREC), The Conservation Fund, Delaware Ornithological Society and Delaware Wild Lands, Inc (the oldest and largest land trust in Delaware).

After nearly 15 years, the partners have protected multiple parcels of private land significant to ecosystem restoration along the mile-long Harbor shoreline, securing it in perpetuity as a wildlife reserve. 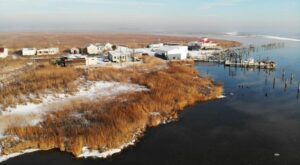 The newly-acquired property will undergo habitat restoration for the Red Knot, and is currently closed to the public.

“The permanent protection of this property, and the vision exemplified by The Conservation Fund, State of Delaware, Delaware Ornithological Society, and Delaware Wild Lands, exemplify what can be achieved with strong leadership and collective effort,” said Kate Hackett, Executive Director at Delaware Wild Lands.

“The persistence and patience of this partnership, and ability to coalescence around this high priority land protection project, is outshone only by the global significance of habitat at Mispillion Harbor. Delaware Wild Lands is pleased to have contributed to the completion of this project and supported our partners in conservation, and we believe this level of collaboration can and will serve to inspire others toward even more habitat conservation and restoration,” she continued.

Located on the west shore of Delaware Bay, Mispillion Harbor is uniquely protected from harsh weather elements, making it the perfect location for horseshoe crabs to breed. This attracts migrating shorebirds who rely on a brief stopover at the Bay to rest and feed on the crab eggs.

The small but mighty Red Knot—a federally-listed threatened species—undergoes an annual migration from South America to their breeding ground in the Arctic and sub-arctic tundra.

In recent years, studies have suggested that 50 to 80% of the entire remaining rufa Red Knot population has been recorded using Delaware Bay beaches. The protection of these lands will provide roosting habitat for the Red Knot for their next migration journey this May—and for all future migrations.

“Protecting Mispillion Harbor is the culmination of over a decade of work and the tireless efforts by many who came together to make sure that this critically important site was protected,” said Blaine Phillips, Senior Vice President and Mid-Atlantic Regional Director at The Conservation Fund. “Horseshoe crabs and shorebirds will finally have a safe place to spawn, rest and continue the amazing spectacle of their marathon migration for years to come.”

Recognizing the Harbor’s importance to Red Knots and other wildlife, The Conservation Fund, a national environmental nonprofit, purchased most of the Mispillion Harbor shoreline in 2006 to prevent any development that would harm the habitat.

Over the years, most of that land was transferred to the State of Delaware for permanent protection. DNREC is completing important restoration work and has been operating the DuPont Nature Center—a science-based educational and interpretive facility with interactive exhibits designed to connect people with the Delaware Bay’s natural history and ecology.

“It takes a community of conservation partners and their many members, supporters, volunteers and donors working together to raise funds for realizing a conservation vision that will have meaningful impact on the recovery and sustainability of species like Red Knot and horseshoe crabs. This project represents—and celebrates—the best expression of shared responsibility, investment, and success. DNREC salutes the amazing grassroots effort of the Delaware Bird-A-Thon and boundless enthusiasm of Delaware’s conservation community, and our federal partners the U.S. Fish and Wildlife Service who made the protection of Mispillion Harbor possible,” he added.

Two private parcels significant to restoration in the Harbor were officially protected in February 2021 when The Conservation Fund transferred the property to DNREC. The completion of this effort provides for the expansion of horseshoe crab and shorebird restoration and management efforts.

DNREC was awarded a Cooperative Endangered Species Conservation Fund grant, administered by the U.S. Fish and Wildlife Service, which provided significant funding to protect multiple parcels at Mispillion Harbor. The grant and protection of these parcels at Mispillion Harbor would not have been possible without the involvement of partners and the generous contributions from the Allerton Foundation, Delaware Wild Lands and the Delaware Ornithological Society (DOS).

“The Delaware Ornithological Society is thrilled to join our partners in celebrating the protection of the single most important site in the First State for migratory shorebirds,” said DOS President Michael Moore.

“The acquisition of this property achieves a long-term goal of our grassroots Delaware Bird-A-Thon fundraiser and is a key step in realizing the vision of its founder, the late Bill Stewart, who saw the potential of Mispillion Harbor as a crown jewel of shorebird habitat, research and ecotourism along Delaware’s Bayshore,” he explained.

Matthew Sarver, DOS Conservation Chair said, “This acquisition will result in enhanced protection of the federally-listed threatened rufa subspecies of the Red Knot, as well as numerous other species of migratory shorebirds, while improving access to the DuPont Nature Center for birders and other visitors. DOS would like to thank our many donors to the Delaware Bird-A-Thon for helping make this project a reality!”

The partners will have a celebration at the Mispillion Harbor site at a later date to honor the memory of the late Bill Stewart, a renowned ornithologist in the area who helped identify the Harbor as a place critical of protection.

Photo of Red Knot is by Tom-Benson, courtesy of Delaware.gov