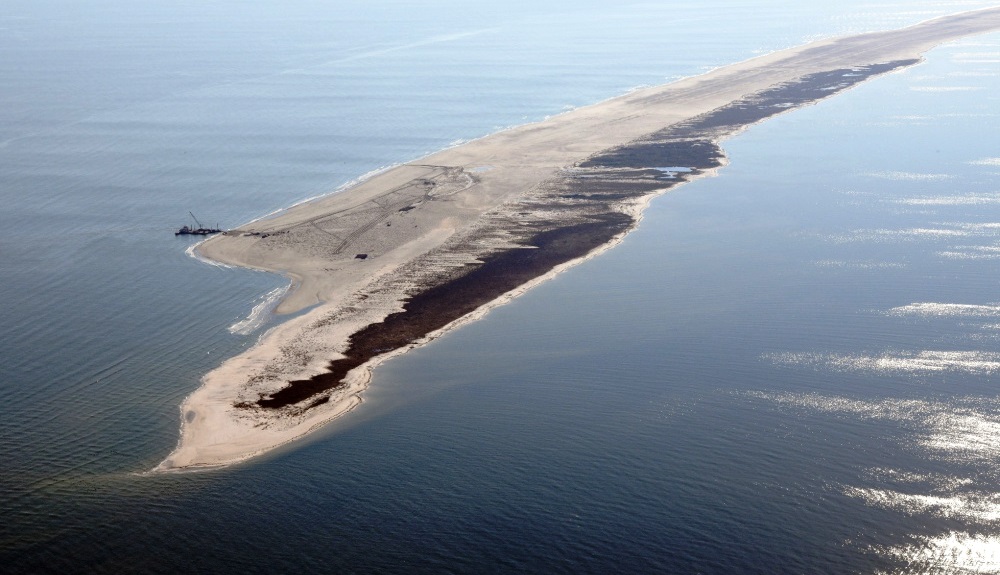 After 10 years of planning and executing, the U.S. Army Corps of Engineers Mobile District’s Mississippi Coastal Improvements Program (MsCIP) has completed the second largest ecological restoration project in the history of the National Park Service: the restoration of Ship Island.

Ship Island is a barrier island on the western tip of Gulf Islands National Seashore, 10 miles off the coast of Mississippi. It serves as an important as a first line of defense protecting the Mississippi coastline against incoming hurricanes and tropical storms.

Completed on December 10, 2020, the Ship Island Restoration Project was part of a five-phase effort to not only restore and protect the valuable habitats of the island, but to also enhance the resiliency of the Mississippi Sound and the nearby Mississippi coastline.

The completion of the Ship Island Restoration Project culminates not only an important project for Mobile District, but it stands as a model for how to approach large projects.

“This project is the model for how a large multi-agency, multi-disciplinary project should be conducted,” Justin McDonald, Mobile District Coastal Resiliency Program Manager said.

“We had numerous partners (National Park Service, Bureau of Ocean Energy Management, U.S. Geologic Survey, U.S. Fish and Wildlife Service, National Marine Fisheries Service, State of Mississippi, etc.) that we met with on a very frequent basis. They were truly part of the process, from the planning phase all the way through construction. Because of the candid and open dialogue we had with them for many years, we were able to build great relationships based on trust and professional competence. These relationships were instrumental in the success of this project,” he explained.

During the initial phase of the project, the Mobile District filled a 3½-mile breach initially created by the heavy damage from Hurricane Camille in 1969. The breach — known locally as the Camille Cut — had nearly healed itself naturally over the ensuing decades, that is, until Hurricane Katrina ravaged the region and reopened the breach in 2005.

In addition to closing the Camille Cut, the initial phase of the project reinforced the island by raising it to an elevation of approximately five feet above sea level. The Project’s second phase raised the Camille Cut an additional two feet and widened the area an additional 500 feet to further strengthen the barrier island in the inevitable onslaught of future hurricanes.

In a separate phase of the project, dune vegetation was planted on the fill of what had been the Camille Cut, with a further project phase placing additional sand on the north side of the former Camille Cut area to complete its filling to designed final width and elevation. The final phase added sand to what is known as East Ship Island.

“The restoration of Ship Island into one continuous barrier island is an amazing feat of human engineering for the betterment of our natural resources,” Col. Sebastien P. Joly, Mobile District Commander said.

“The island will improve resilience of the Mississippi coast while providing increased habitat for the species that depend on the island to survive. It’s been a great pleasure working on this project in concert with the National Park Service and USACE appreciates the fantastic partnership to accomplish this significant undertaking.”

At approximately $300M, the Ship Island Restoration Project rivals the Corps’ ongoing restoration project in the Florida Everglades and is a matter of pride and passion to the Mobile District team of engineering and environmental professionals, many of whom grew up along the Gulf Coast. The successful results of the project are also an invaluable resource to the state of Mississippi, as Ship Island and the other barrier islands in the region are key to protecting the Mississippi coastline against incoming hurricanes and tropical storms.

McDonald continued, “It’s been one of the most rewarding projects I’ve ever worked on and it’s a true success story of federal and state agency collaboration,” McDonald said. “It’s rewarding for sure, but it is also bittersweet since I have been working on this project since its beginning. This is a once in a career project and I’m fortunate to be a part of it.”

The National Park Service, which manages Ship Island as part of the major environmental and recreation area that makes up Gulf Islands National Seashore, expressed similar pleasure in partnering with the Corps.

“The Mobile District of the U.S. Army Corps of Engineers and project manager Justin McDonald and his team have been great partners, and the National Park Service (NPS) greatly appreciates their cooperative approach to fully engage the NPS throughout the project,” he concluded.

With the Ship Island Restoration Project now 100% complete, Mobile District completes a project it began work on three years ago on December 8, 2017.