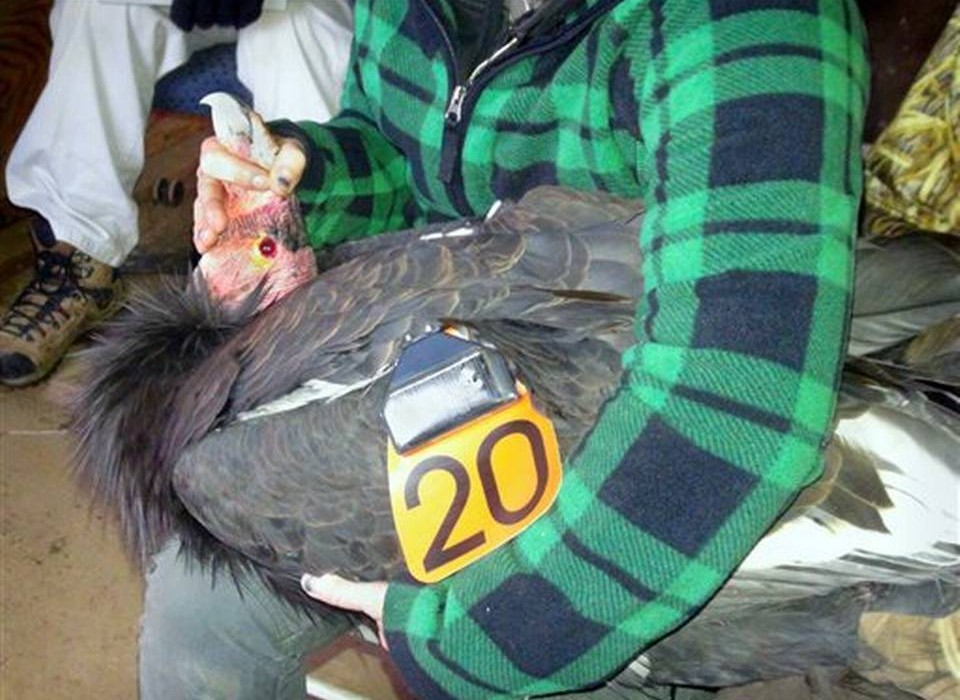 Banking into the wind and then gliding out of sight, a male California condor flew back into the wild after a captive breeding program that helped save North America’s largest species of land bird.

The 35-year-old bird named AC-4 soared out of his open pen earlier this week at a canyon rim inside the Bitter Creek National Wildlife Refuge, in central California’s Kern County. He had been one of just 23 condors left in the world in the 1980s.

It was the bird’s first free flight since 1985, when a U.S. Fish and Wildlife Service team captured him near the same spot. It was part of a last-ditch attempt to stop the extinction of the California condor, which has a wing span of more than 9 feet.

AC-4 needed only a few minutes to get his bearings before flying out of the pen and over the canyon, said Joseph Brandt, a lead condor biologist with the wildlife service. Brandt was sitting on a hilltop nearby to watch the release.

“He kind of flew right past us. It was really incredible,” Brandt said by telephone Thursday.

The odds of restoring the California condor have looked chancy for years, and not just because its numbers reached a perilously low 22 before every last one was rounded up in 1982 for a captive breeding program. The bird with a wingspan of nearly 10 feet once glided over much of North America.

But that range shrank to the West Coast and portions of the Southwest about 10,000 years ago, when the late Pleistocene animals whose carcasses it fed on went extinct. During the 20th century, poaching, habitat loss, and lead poisoning reduced the vulture’s population to fewer than two-dozen. The birds ingest fragments of lead bullets when they feed on carcasses of animals shot by hunters.

The U.S. government’s response — rounding up the birds for a last-ditch captive breeding program, then slowly releasing newly bred birds to the wild — deeply divided conservationists. Some thought the condors wouldn’t breed successfully. Others felt taking the birds out of the wild would only encourage more development of open areas within their range. Still others feared the birds would become a pallid, tame version of their wild selves.

California lawmakers voted in 2013 to phase out lead bullets for hunting by 2019.

Additional article on the success of the reintroduction program.