The tiny city-state of Singapore (officially the Republic of Singapore) is unique in many ways, one of them being that its economy has revitalized steadily for over half a century, sometimes exceeding 10% per annum. This, despite the fact that it has fewer natural resources per capita than any country on Earth.

Today, this island nation is one of the first countries cited when the subject of modern, stable, efficient, green, well-planned places comes up. Singapore ranks fifth worldwide on the UN Human Development Index, and has the third-highest GDP per capita.

It ranks highly in education, healthcare, life expectancy, quality of life, personal safety and housing. In 2018, Singaporean citizens have visa-free or visa-on-arrival access to 180 countries and territories, making Singapore’s passport the world’s most powerful. (Malaysia, Ireland, United States and Canada are tied for sixth place.)

This might be the only country on the planet that is almost completely lacks any areas that could be called “blighted.” 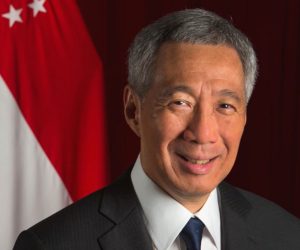 Considering all this, one can be forgiven for being surprised to hear that Prime Minister Lee Hsien Loong (in office since 2004), talking to Parliament on May 16, 2018, pointed out several opportunities for revitalization and further economic growth.

Of course, readers of the Preview of my (Storm Cunningham) third book, RECONOMICS, wouldn’t be among those surprised. They know that all living systems—such as cities—must constantly regenerate just to remain healthy. Stasis brings decay. A place that isn’t regenerating is degenerating.

Singapore embodies this principle in its DNA, which explains over five decades of constant, healthy growth. As a result, Lee told local Members of Parliament “there are many possibilities for us to grow our economy, and to reinvent and redevelop Singapore.”

That Resilience Success Guide also emphasizes the revitalizing power of good connectivity. This lesson too is not lost on Lee. He said “In Indonesia, four unicorns – companies that are worth at least $1 billion in value – have been produced. If we can build up our own tech sector while connecting with theirs, we will prosper together.”

Photo of Singapore via Adobe Stock.