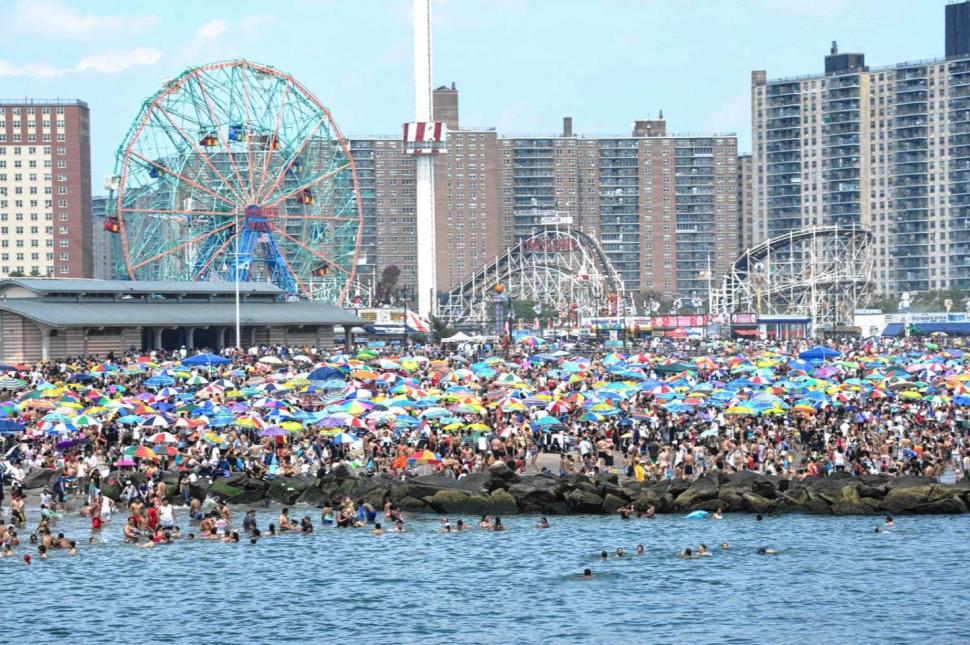 This 2009 article reported that New York City had approved the redevelopment and revitalization of the historic Coney Island amusement park in Brooklyn.

REVITALIZATION readers familiar with the outcome of this major project are invited use the Comments section below to share their insights. ^^^^^^^^^^^^^^^^^^^^^^^^^^^^ From its famed boardwalk, to the iconic Wonder Wheel, Cyclone, and Parachute Jump, to the once bustling midways along Surf Avenue and the Bowery, Coney Island’s legendary status as the world’s greatest urban amusement park lives in all of our memories.

But over the years, this once vibrant area has shrunk and deteriorated, and is limited today to one block of seasonal amusements and a few remaining active frontages along Surf Avenue.

The Department of City Planning, in partnership with the New York City Economic Development Corporation (EDC), the Department of Parks and Recreation (DPR) and the Department of Housing Preservation and Development (HPD), has developed a comprehensive plan that will establish a framework for the revitalization of the Coney Island amusement area and the surrounding blocks.

The plan builds upon the few remaining amusements to create a 27-acre amusement and entertainment district that will reestablish Coney Island as a year-round, open and accessible amusement destination. Outside of the amusement area, the plan provides new housing opportunities, including affordable housing, and neighborhood services. The plan covers 19 blocks bounded by the New York Aquarium to the east, West 24th Street to the west, Mermaid Avenue to the north and the Riegelmann Boardwalk to the south.

The plan seeks to:

The plan builds upon the commitment made by Mayor Bloomberg in 2005 with the announcement of the Coney Island Strategic Plan, and is the product of over 300 public meetings with numerous stakeholders, ranging from elected officials, residents, property and business owners, to Coney Island enthusiasts from New York City and beyond. The City’s plan will help to ensure that future generations can enjoy an open, affordable, urban 21st century Coney Island that does justice to its illustrious history and enduring appeal.