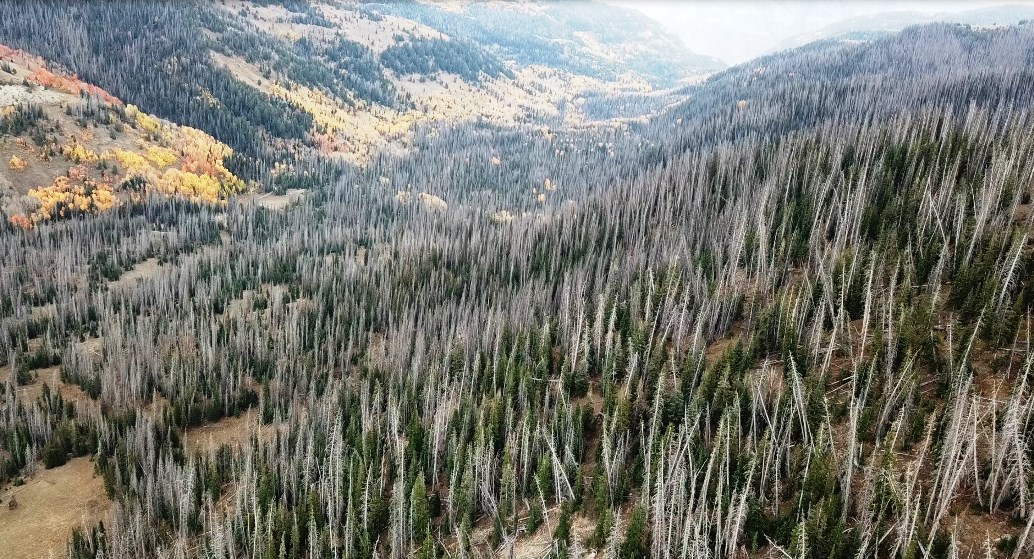 On May 28, 2019, it was announced that the Manti-La Sal National Forest is planning a landscape-scale forest restoration project that includes removing over 30,000 acres of dense, dead, standing and down spruce through salvage timber sales in order to improve forest conditions.

As part of the planning process, the Forest Service has released an environmental assessment with a draft decision notice and finding of no significant impact for the Canyons salvage timber project. 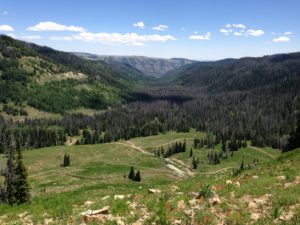 The restoration project is a response to a spruce beetle epidemic that killed 90 percent of Engelmann spruce on the Ferron-Price and Ephraim Districts in the late 1990s and early 2000s. In addition, aspen abundance has decreased over the past 100 years. If all the sales are completed, 50 to 60 percent of the dead spruce will be removed and some aspen will regenerate.

“The Canyons Project is a critical step in restoring the Manti-La Sal National Forest to a healthier condition,” explained Forest Supervisor Ryan Nehl. “By removing these dead spruce, we can improve vital community watersheds and reduce the threat of uncharacteristic wildfire. The forest and local businesses have had great success harvesting and utilizing dead spruce from other timber sales over the last 10 years.”

Once the dead spruce are removed, the forest plans to thin live, sapling-sized sub-alpine fir and plant conifer seedlings, except within 66 feet of any live aspen. It is anticipated that approximately 20-49 percent of the proposed treatment acres would naturally regenerate to aspen.

The purpose of the Canyons Project is to reduce hazardous fuels in the project area, which includes wildland urban interface and several municipal watersheds. The project is specifically designed to improve watershed health, restore a healthier species composition and structure to the forest, and reduce risks of uncharacteristic wildfire. Threats to firefighter health and safety will be lessened. 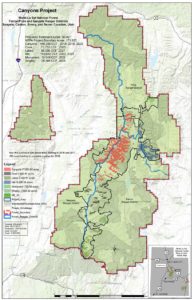 The fuels treatments will take place in areas of the northern zone of the forest in Sanpete, Emery, Carbon and Sevier counties and will be completed over 15 years.

Uncharacteristic wildfire has become more frequent on the Manti-La Sal National Forest. The fires of 2018 burned a total of 70,000 acres at a cost of $50 million and required the work of hundreds of firefighters. The fuel types and landscapes are similar for each of the fires and similar to those found on the Canyons project area.