On October 27, 2020, the City of Frisco, Texas and its Community Development Corporation (FCDC) acquired ownership of the remaining 102 acres of the 250-acre Exide brownfields property, which comprises the industrial facilities of the former battery recycling plant.

As a result, the city and its FCDC will take over cleanup of the site. The City of Frisco and the FCDC closed on the property October 26, 2020. The estimated cost to remediate the site is $29 million.

During its October 6 meeting, the Frisco City Council unanimously voted to approve an agreement to take over remediation and ownership of the Exide property. 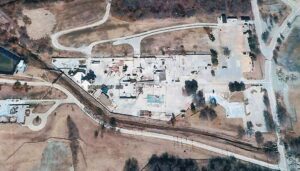 “This is a major milestone to finally gain control of the cleanup process,” said Mayor Jeff Cheney. “Now, we can finally begin fulfilling the dream of Grand Park, which couldn’t happen until (the issue of) Exide was resolved and cleaned up.”

In 2012, the City of Frisco, the FCDC and the Frisco Economic Development Corporation (FEDC) signed an agreement with Exide to purchase 180 undeveloped acres surrounding the plant.

In return, Exide agreed to cease plant operations by the end of the year, remove the plant’s industrial facilities and begin cleaning up the site in accordance with state and federal regulations. Since then, Exide has filed bankruptcy twice. The bankruptcies, including a pending Chapter 11 case, have blocked cleanup efforts.

Following the council decision, the City of Frisco and its CDC will pay $3.5 million to Aspen American Insurance Company. Aspen held the $25 million bond posted by Exide for cleanup. The $3.5 million will cover the costs to resolve any claims Aspen has on the property.

“With the conveyance of the Exide Site to the CDC, Frisco can now assure the proper remediation of the Exide facility which will be a complementary public asset to the Discovery Center and the new Library connecting both of those amenities to Grand Park,” said George Purefoy, the Frisco City Manager. “At build out, the combination of the Exide property, the Discovery Center, Library, and Grand Park covering 600 contiguous acres located in the center of the City will be Frisco’s version of Central Park.”

Purefoy added, “There’s a lot of work ahead, but the end result will be a treasured community asset. This could not have been accomplished without our City Council’s vision for the end goal along with the cooperation and support of the executive, legal, and technical staff of the Texas Commission on Environmental Quality and the exceptional work done by the Texas Attorney General’s team of lawyers.”

Aspen will pay the $25 million to the Texas Commission on Environmental Quality (TCEQ). That money will be deposited into a trust, which will be in the FCDC’s name and dedicated to site cleanup. Frisco will pay an additional $4 million into the same trust to cover additional, estimated costs to remediate the site.

The City of Frisco will establish a fund to support future maintenance and operation of the site. The city is raising garbage fees $1 per cart, per month, in residential fees and 2% in commercial fees.

Images courtesy of the City of Frisco.