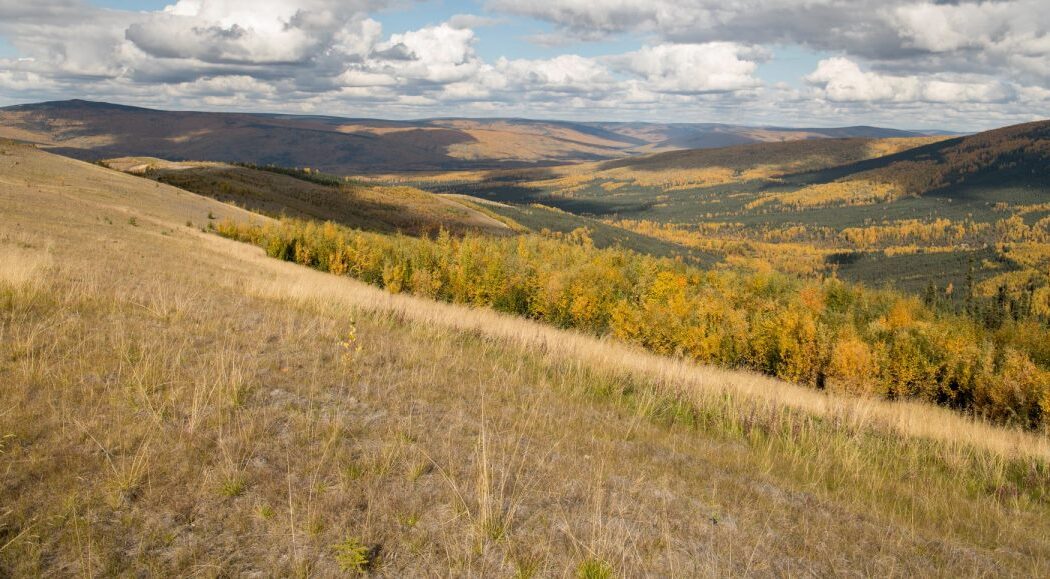 On October 27, 2020 in Alaska, operators of the True North gold mine completed reclamation and restoration of the 2050-acre mineral development site, and returned it to state control. Local leaders say that this demonstrates the effectiveness of Alaska’s mining and environmental systems.

This is a refreshing change from what’s been the norm for the past century throughout the Unites States: mining companies traditionally excavate publicly-wned resources for private profit, and then stick the public with the cleanup and restoration bill by declaring bankruptcy (as described in The Restoration Economy). This is often referred to as “corporate socialism’, and has been facilitated by easily-purchased (or rented) politicians in mining states.

Breaking with the industry’s shameful tradition, Kinross Fort Knox—which also operates the larger Fort Knox gold mine—operated the True North mine from 2001 to 2004 under a lease on State of Alaska and University of Alaska-owned land. The Alaska Department of Natural Resources (DNR) approved a process for site reclamation and post-closure monitoring when it permitted the mine. 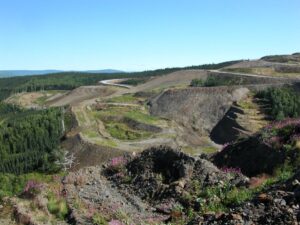 The site prior to remediation.

DNR and the Department of Environmental Conservation (DEC) provided required approvals and oversight over the years, and have now certified the reclamation as successfully completed.

“Alaska’s founders knew responsible resource development was key to a secure and prosperous state, and our experience with True North shows that they were right,” said DNR Commissioner Corri Feige. “The developers leased state land, produced a valuable commodity to serve global markets, employed Alaskans, and paid state taxes and royalties. When they were done, they remediated the effects of their work and returned the land to the state for its next use. The system works.”

DEC Commissioner Jason Brune praised the operators of True North for meeting both the spirit and letter of state environmental protection laws and demonstrating the wisdom of supporting responsible mineral production in Alaska.

“I always say, ‘Think globally and develop locally,’ because Alaska has some of highest environmental standards in the world,” Brune said. “The successful reclamation of this mining site is the perfect example of why it’s more environmentally conscientious for Alaskans to encourage mining here, rather than allow projects to go to parts of the world that don’t undertake the protective efforts that we do.”

After completing leasing and permitting in 2001, Kinross Fort Knox produced 11.7 million tons of gold ore from the site, trucking it seven miles to the mill at their Fort Knox gold mine for processing, ultimately producing more than 490,000 ounces of gold. Upon completion of economic mining operations, True North Kinross in 2009 began a six-year process of remediating nearly all 615 acres directly affected by mining operations.

The work included grading and recontouring 149 acres, seeding and fertilizing 270 acres, planting vegetation on 52 acres, and removing all mining buildings. All was largely completed by 2014. The operators also began a long-term monitoring program to ensure long-term stability of the landscape.

True North is one of the first—and the largest—modern hard rock mines on state land where operators have completed their work, the state has accepted the operator’s request to relinquish the land, and the land has been returned to the state for management consistent with current land use plans.

Brune and Feige expressed appreciation to True North’s managers on a job well done, and thanked the many state permitters and regulators, some now retired, whose dedicated work ensured protection of the public interest at every step in the process.