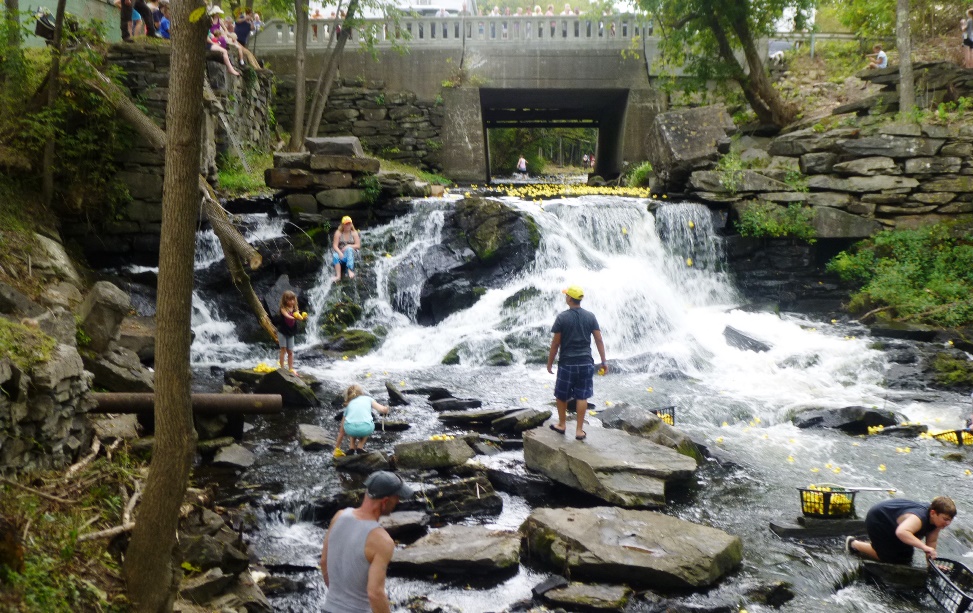 The Alewife Restoration Initiative, or ARI, has passed some hurdles in its efforts to connect the Atlantic ocean to Maine‘s China Lake, but faces many more challenges in removing dams and installing fish passageways.

The initiative, a partnership of several environmental groups, has progressed past some of the largest barriers in East Vassalboro, which included tearing down an old sawmill and relocating water pipes. But they still face large technical challenges at the Outlet Dam just before the lake, and at an already-breached dam by Oak Grove Road.

“The fish are ready for us to be done,” said Landis Hudson, executive director of Maine Rivers, one of the partners in the alewife group. “We’re trying to find a balance of working as quickly as we can with doing the best, most professional and thoughtful work that we can.”

Hudson said they’re “doing their best to address the challenges,” and that they get “strong and consistent support” from people who are enthusiastic about the project. As with any worthwhile endeavor, of course, there are some conservative local citizens protesting the work they’re used to things the way they are, and don’t want anything to change. 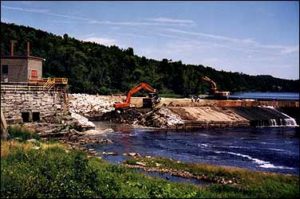 With the historic removal of the Edwards Dam in Augusta, Maine in 1999, and the removal of the Fort Halifax Dam in Winslow, Maine in 2008, sea-­run fish passage has been restored from the ocean directly to the Sebasticook River and to the outlet of the China Lake Outlet Stream in Kennebec County.

The successes that have followed the removal of the Edwards and Fort Halifax Dams are astounding—millions of alewives now move into these rivers after well over a century of being frustrated in their spawning efforts. However, the work is not done.

The dams along seven miles of the China Lake Outlet Stream block river herring and other migratory fish species. Completion of the China Lake Outlet Stream Project will allow free passage for an estimated 800,000-­950,000 alewives (river herring), significant numbers of American eel, as well as sea lamprey, white sucker and brook trout. Outlet Stream and China Lake are within the historical range of American shad and alewife, and China Lake is identified by the Maine Department of Marine Resources as a priority for alewife restoration. China Lake offer 3,850 acres of spawning habitat; in this tremendously productive watershed, it’s second only to Sebasticook Lake.

The Kennebec Water District uses the Outlet Dam to artificially maintain static water levels in the lake. This unnatural regimen is mandated by an order from (ironically) the Department of Environmental Protection. So, it can’t legally be removed, no matter how much ecological sense it makes.

The project is supported by the local community that sees alewife restoration as a valuable way to restore ecological balance and to resolve water quality problems in China Lake. Young alewives ingest phosphorus that has come into the lake as runoff and take it with them when they migrate out to the ocean in late summer.