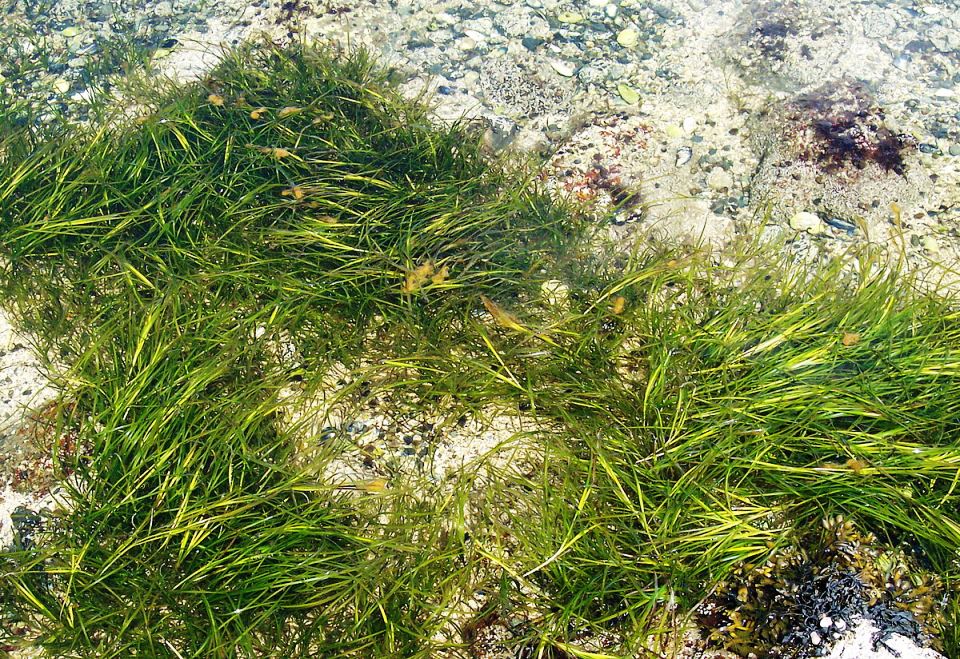 Alfred University, founded in 1836 in Alfred, New York might be hundreds of miles from a saltwater shore, but the university has become a crucible — literally and metaphorically — for an engineering effort to reinvigorate the Atlantic Ocean’s eelgrass beds, which have been disappearing at a steady rate over the past 20 years. 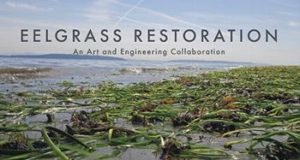 And it took the intervention of an Alfred professor of art history, Mary McInnes, to catalyze the effort.

Zostera is a small genus of widely distributed seagrasses, commonly called marine eelgrass or (outside North America) simply eelgrass. Zostera beds are important for sediment deposition, substrate stabilization, as substrate for epiphytic algae and micro-invertebrates, and as nursery grounds for many species of economically important fish and shellfish. Zostera often forms beds in bay mud in the estuarine setting. It is an important food for Brent geese and wigeons, and even (occasionally) caterpillars of the grass moth Dolicharthria punctalis.

Learning that marine biologists were having difficulty finding the right material to use in anchoring transplanted eelgrass to the sandy sea bottom — metal and wood had their distinctive problems — McInnes wondered: Why not attach the eelgrass to a ceramic material?

The ceramic medium would be heavier than water, so unlike wood it could sink and settle onto the sand, and the material wouldn’t pose the environmental hazard that had concerned the U.S. Army Corps of Engineers about metal grids.

That conversation sparked a collaboration between the Mount Desert Island lab in Maine, and Alfred’s Inamori School of Engineering, spearheaded by Professor of Ceramic Engineering Bill Carty and joined by students studying ceramic and mechanical engineering, with restorative results.

Photo of marine eelgrass in Maine by Colin Faulkingham via Wikipedia.