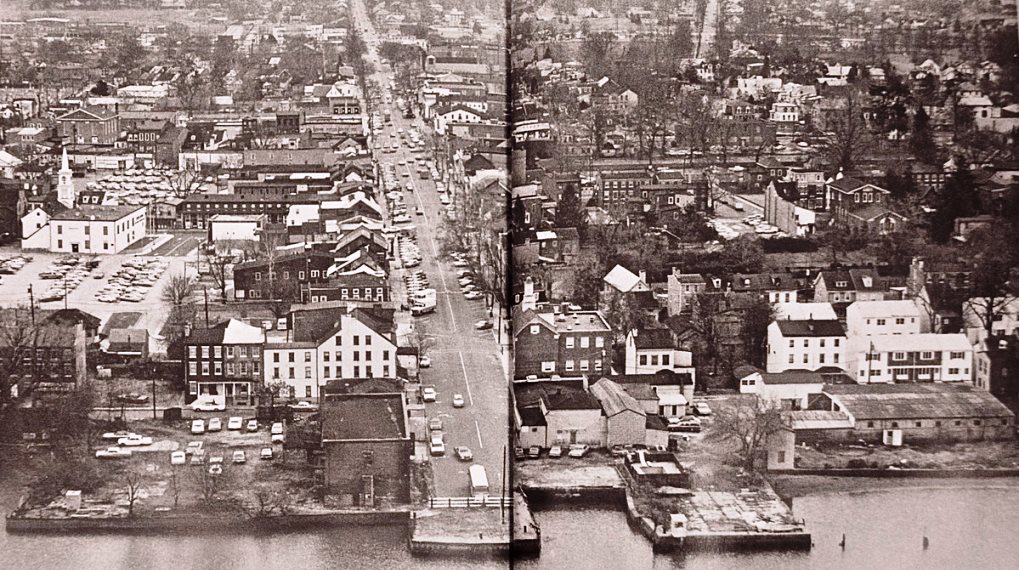 Over four decades ago, urban planners in Burlington, New Jersey (across the Delaware River from from Pennsylvania, just north of Philadelphia) did what their brethren were doing in cities all across America: demolishing historic-but-vacant buildings and low-income neighborhoods (no matter how vibrant they were).

The destruction was based primarily on two factors: 1) racism (the targeted neighborhoods were almost always immigrant, African American, or other “ethnic” populations), and 2) superstition. The latter was the blind assumption that, if you remove the old, the new will automatically replace it.

I (Storm Cunningham) often refer to this then-popular belief as “destroy it and they will come.” Planners called it “urban renewal.” Local residents often called it “African removal.”

The result, in all but a few lucky cases, was a plague of dead zones that lasted for decades. Most became surface parking lots that blighted the viewshed, the watershed and the local economy. With the rise of the Restoration Economy around the turn of the millenium, cities like Charleston, South Carolina—which escaped the “urban renewal” madness—had a healthy inventory of historic buildings to restore and reuse, thus driving an economic rebirth that created a beautiful, heritage-rich place.

Others had to wait a much longer time to see a positive side to all that suffering. Burlington lost its riverfront neighborhoods, so that that positive outcome eventually came in the form of a beautiful waterfront park and promenade.

Here are a few excerpts from an article about what’s happening in Burlington today, by Jan Hefler in the Philadelphia Enquirer:

Claudine Conaway vividly remembers growing up and raising a family in a Burlington City rowhouse by the Delaware River, only to be forced out with her neighbors — more than 100 African American families — to make way for urban renewal more than 40 years ago.

“We were the last house standing,” said Conaway, recalling how the city initially offered $10,000 for their three-story, four-bedroom house. She helped organize the black community to protest at meetings at city hall, and eventually got the city to quadruple the offer and find her a comparable house in a different part of town.

Now, Conaway, 76, is one of the city’s biggest cheerleaders and the chairwoman of its powerful Land Use Board. Over the last five years, the board has reviewed a spate of development projects, including a controversial luxury apartment complex that began construction on Monday on a site cleared by the urban renewal project.

Some residents, however, complain that the apartments are going up in a poor location — right at the foot of downtown and in the middle of a bustling area of the riverfront. The mid-rise buildings will block the views of the sunset that people enjoy while dining at a restaurant called the Riverview, which some sarcastically suggest should be renamed the River-Glimpse.

Another revitalization plan calls for the site of a former munitions plant near the Burlington-Bristol Bridge to be developed, potentially with a mix of residential and commercial development.