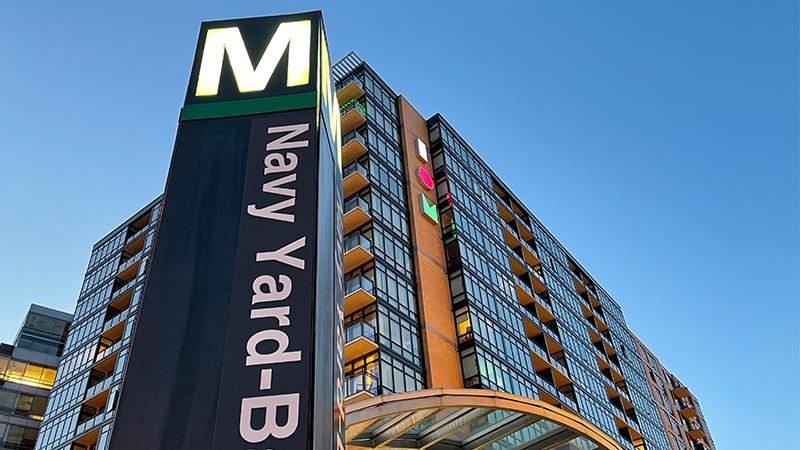 As readers of the 2020 book, RECONOMICS: The Path To Resilience Prosperity know, increasing affordable housing is often the most reliable tactic of a neighborhood revitalization strategy.

Doing so in a transit-friendly location makes the housing even more affordable, but eliminating the need to own a car…or at least reducing the need to waste time commuting. This, in turn, raises quality of life by reducing traffic congestion, thus contributing even more to the area’s revitalization.

Amazon is committing $125 million in below-market capital to expedite development of affordable homes so that moderate- to low-income families in the National Capital Region can afford to live in communities with easy access to employment, schools, healthcare, education, and other amenities.

“This represents another return on the region’s extraordinary investment in mass transit, as the partnership with Amazon will accelerate transit-oriented development, grow ridership, and keep our region competitive with other global economic centers,” said Metro Board Chair Paul Smedberg. “Amazon is stepping up to the plate with an unprecedented commitment to affordable housing in the National Capital Region.”

The investment is part of Amazon’s Housing Equity Fund, a more than $2 billion commitment to preserve and create over 20,000 affordable homes through below-market loans and grants to housing partners, traditional and non-traditional public agencies, and minority-led organizations.

“Amazon is committed to creating and preserving inclusive housing developments so moderate- to low-income families can thrive and benefit from the goodness our region has to offer,” said Catherine Buell, ‎Head of Community Development, Amazon.

“Housing and transit are the first- and second-largest expenses for most households in America, and Amazon’s funding will expedite affordable housing near transit reducing costs for both, while supporting families with long-term financial stability,” she added.

Transportation is central to quality of life for families. According to a 2019 report by the U.S. Bureau of Labor Statistics, the average household nationally spends 13% of their income on transportation costs, the second-highest expense after housing. This percentage increases for households making 80% of area median income and below—households which are disproportionally in communities of color.

Of course, transit-oriented redevelopment is even better: most cities don’t need more sprawl, even if it is transit-oriented. This point has been mode for some two decades by Storm Cunningham, originally in his 2002 book, The Restoration Economy.

“Transit-oriented development has a proud legacy at Metro, and with this investment from Amazon we can continue to help the region tackle the challenges of housing affordability, congestion, and sustainability,” said Metro General Manager/CEO Paul J. Wiedefeld. “Having a philanthropic partner in this effort, along with the support of the public and private sectors, puts the region on the best path possible to meeting our shared housing, transit, equity, and economic prosperity goals.”

Through Amazon’s $125 million investment, this partnership has a goal of financing the creation of 1,000 affordable units over the next five years. This below-market capital will be available only to developers who have joint development agreements with Metro, which operates a regional rail and bus service across Northern Virginia, D.C., and Maryland. $25 million of the total will be exclusively available for minority-led developers to develop affordable housing on Metro’s joint development sites.

Through below-market loans and grants to housing partners, traditional and non-traditional public agencies, and minority-led organizations, the Fund prioritizes the equitable and inclusive development of resource-rich communities with easy access to neighborhood services, amenities, and jobs.