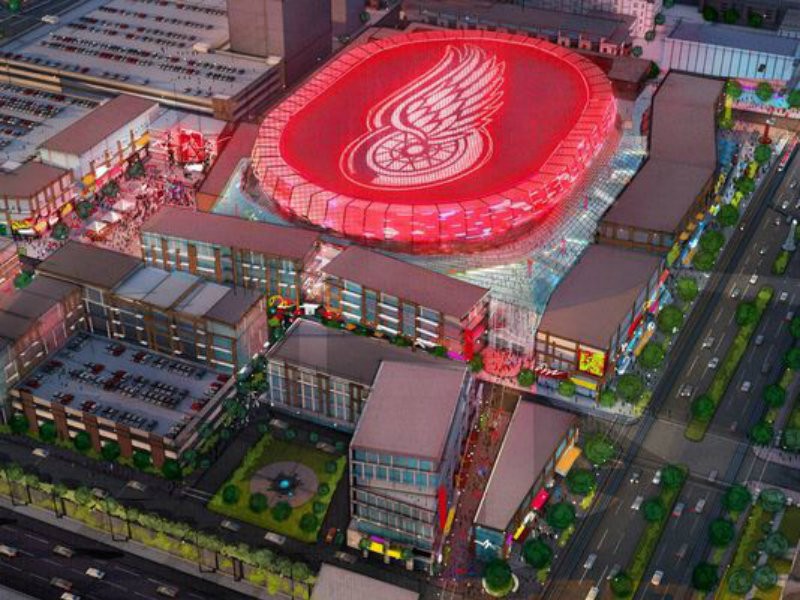 On Thanksgiving Day 2016, residents of Detroit, Michigan had much to be thankful for.

And not just because the Detroit Lions were challenging the Minnesota Vikings for NFC Central football supremacy.

The NBA’s Pistons (basketball) announced in November of 2017 that they will be relocating from their sprawl location in Auburn Hills, 34 miles north of downtown Detroit.

In doing so, they joined the Red Wings (hockey) in their new Little Caesars Arena, which itself is only a 5-6 block walk to both the Detroit Tigers (baseball) Comerica Park and Ford Field, which is home to the Detroit Lions (football). And soccer is repotedly on the way,

As a result, Detroit’s burgeoning sports and entertainment district is about to become the most compact and voluminous of its kind in America.

By October of 2017, each of the 4 professional Detroit sports teams will call downtown Detroit home, and each will be playing in amazing facilities.

Urban revitalization requires (in Detroit, anyway): 1) a knight in shining armor, and 2) reasons for local citizens to live, work, and play in/near the area that requires revitalization. It seems that Detroit has plenty of both.

Not everyone is happy about the deal, however. On March 21, 2017, an estimated 120 members of Greater Cleveland Congregations rode a chartered bus to Detroit, to take their opposition to the proposed Quicken Loans Arena renovation deal to Dan Gilbert’s doorstep. They criticized the public-private partnership as currently constructed, and restated their demands for a Community Equity Fund.