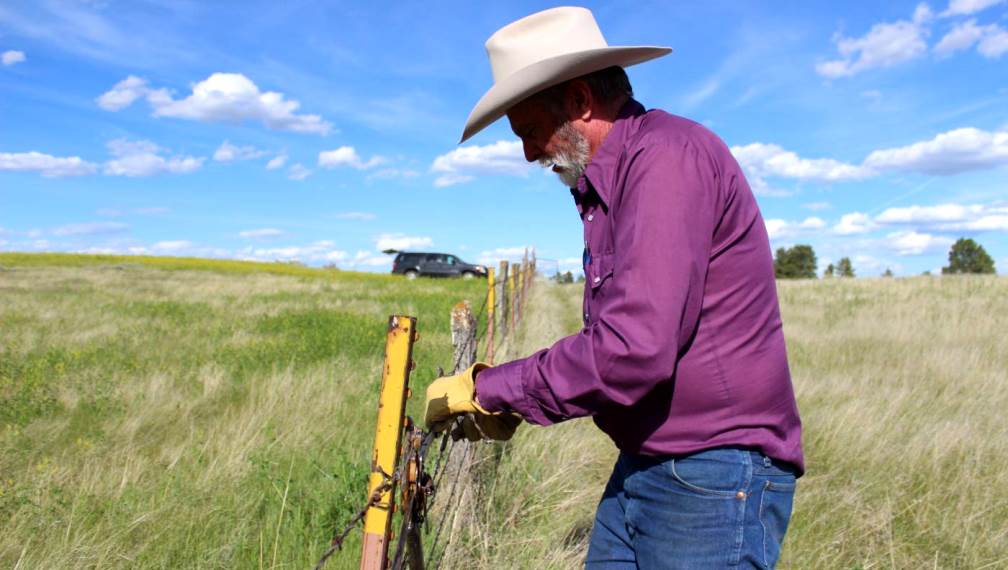 This classic prairie tableau had become a rare sight across most of North America’s Great Plains, after almost two centuries of Euro-American settlement that has tilled or fenced off much of the vast grassland for agriculture and cattle ranching. 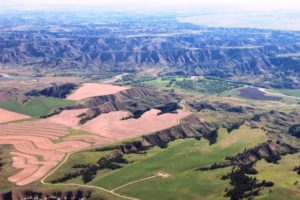 In the last 15 years, more than 405,000 acres (164,000 hectares) of prairie have been restored to their natural state through a free-market approach proponents say is more effective than government-led conservation efforts.

But even in this politically conservative U.S. state where the right to own property is held sacrosanct, the initiative is getting pushback from local ranchers who worry that it poses a risk to their cattle and lifestyle.

The American Prairie Reserve (APR) is buying up large swathes of private cattle ranchland in northeastern Montana and also applying for grazing permits on about 300,000 acres (121,000 hectares) of public land.

When the reserve buys ranchland, it removes interior fences that inhibit wildlife movement, requests permits to graze bison rather than cattle, allows native vegetation to flourish and welcomes animals like prairie dogs, wolves and grizzly bears.

The goal is to eventually assemble a total of 3.5 million acres (1.4 million hectares) of restored public and private land, according to APR head of external relations Pete Geddes.

The end result would be about one-third bigger than nearby Yellowstone National Park, a crown jewel of the U.S. national park system.

“Traditional conservation approaches have generally used the power of government to achieve their conservation goals – and quite successfully,” Geddes told the Thomson Reuters Foundation. “We take a slightly different approach and that is raising private money to buy land from willing sellers. We feel that we can move much faster than the political approach, especially in this divisive political era,” he added.

Temperate grasslands have the least protection of any planetary ecosystem, according to a World Wildlife Fund report, which documented the loss of 1.7 million acres (688,000 hectares) of grasslands to agriculture on the Great Plains in 2017.

The prairie reserve initiative has been a game changer, said Gary Tabor, president of the Montana-based Center for Large Landscape Conservation.

“Before American Prairie Reserve, the best we could do was save microparcels – handfuls of acres of native prairie in Illinois or Nebraska,” he said from his office in Bozeman, Montana. “We were at the edge of losing one of the last key habitats of the world.”

Jodi Hilty, president and chief scientist of the Yellowstone to Yukon Conservation Initiative, a joint Canada-U.S. non-profit, lauded APR’s ambitions to conserve such a large amount of land.

She noted the importance of letting wildlife move across long distances and fostering “connectivity” between different ecosystems, from the mountains to the prairie.

Tabor said buying private land has always been part of U.S. conservation culture. “People are employing it more now because they see that unless we have private solutions, we are going to lose some of these places,” he noted.

It was private land acquisition by U.S. philanthropists that led to the creation of Chile‘s Patagonia National Park system last year, Tabor said.

And since 2008, Idaho-based philanthropist Greg Carr has been financing the restoration of Mozambique‘s Gorongosa National Park, Geddes noted.

Traveling along the highways and dusty dirt roads that crisscross the four counties in northeastern Montana that surround the American Prairie Reserve, a visitor can spot signs that read “Save the Cowboy, Stop APR!” and “Don’t Buffalo Me.”

Grassroots opposition to the reserve among local cattle ranchers stems from a belief that restoring prairie is a repudiation of how the ancestors of Montana’s ranchers settled the west.

The U.S. government expropriated land from Native Americans and issued it for free to settlers under the 1862 Homestead Act, on the condition that they built homes and ran farms or ranches.

“APR’s goal to make things the way they were thousands of years ago isn’t the way life was intended,” said rancher K.C. Weingart, whose land borders 20 miles (32km) of the reserve. “The good Lord gave us the ability to progress forward otherwise the people wouldn’t have come west and they wouldn’t have advanced to where we’re at today,” he said while fixing a barbed wire fence.

Farming and ranching are Montana’s top industries, according to the U.S. Department of Agriculture, worth $1.48 billion and $1.5 billion respectively in 2017.

Weingart fears that when the reserve eventually puts bison on the neighboring ranch it bought in 2017, the animals will trample fences, cross onto his property and infect his cattle with disease.

He was also disheartened by a map that showed his ranch within the eventual reserve boundaries. “I can’t see if you want to be a good neighbor to someone why you would draw a red line around their place,” he said.

Reserve spokeswoman Beth Saboe said that all the fences surrounding the restored prairie next to Weingart’s ranch will be electric and that APR’s map is not meant to suggest the reserve will acquire every private property shown.

“We have no way to make people sell their land and are not interested in forcing anyone to leave,” Saboe told the Thomson Reuters Foundation. “Neighbors have been buying out neighbours for decades in this area and we are doing the same.”

But local ranchers are taking no chances.

In 2017, more than 130 property owners near the reserve signed a so-called “negative easement” banning bison from entering their land for the next 20 years, even just to reach grazing allotments.

And earlier this year, the Montana legislature passed a resolution encouraging the U.S. Bureau of Land Management (BLM), which oversees public grazing lands, to reject APR’s request to switch grazing permits from cattle to bison.

“Their request is the opposite of how the range has been managed by the BLM and the local ranchers for the last 80 plus years,” said Republican Representative Dan Bartel of Montana in emailed comments.

Despite the local resistance, Geddes at APR said he is convinced that buying up ranchland at a fair market value is a viable path forward for prairie conservation. “We have tens of millions of dollars in properties stacked up in front of us,” he said. “We get calls all the time.”

(Funding for this story was provided by the Solutions Journalism Network.)

This article by Gregory Scruggs (edited by Jumana Farouky and Zoe Tabary) originally appeared on the website of the Thomson Reuters Foundation, the charitable arm of Thomson Reuters. Reprinted here (with minor edits) by permission.