The annual America’s Best Communities award is designed to encourage a more vibrant, resilient, and connected rural America.  It recognizes and rewards innovation in the pursuit of economic growth and community revitalization.

This small city of 48,675 people is a study in contrasts, as reflected in Huntington Mayor Steve Williams comment about the win: “this is worst to first“.

The city’s new Huntington Innovation Project, together with their already-underway River to Rail Revitalization Project, were the primary factors in their victory.

In other words, it’s the city’s efforts that distinguished it from the competition, not current conditions. That’s a good thing, since Huntington has suffered six decades of economic decline, and it shows.

According to the Center on Budget and Policy, Huntington is the most poverty-stricken area in the second poorest state in the nation. While the national poverty rate is 15.4 percent, Huntington’s is nearly double that level at 30 percent in poverty. The areas targeted for revitalization under the Huntington HIP project are among the poorest sections of the city, with poverty rates up to a devastating 88 percent in key areas.

Further, in some of the most distressed areas of the city, there is now a gap in core retail services, such as grocery stores, banks and other basic services. Huntington has also received the Center for Disease Control’s poorest health rating of any metro area in the nation.

In a city plagued with economic distress, many residents do not have the time, money or opportunity to focus on health. The poverty-stricken population suffers from extraordinarily high rates of obesity, heart disease and diabetes. Indeed, Huntington was famously but sadly labeled in 2008 as America’s unhealthiest city by the Associated Press and was ranked near the very bottom of the 2010 Gallup-Healthways Well-Being Index.

Most people outside of West Virginia who know of Huntington came to that knowledge by way of the 2006 movie, We Are Marshall, starring Matthew McConaughey.

It tells of the town’s recovery from a tragic 1970 plane crash that took the lives of 75 of Marshall University‘s football players and staff members, plus local boosters. 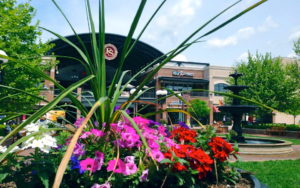 Nor is HIP the city’s first effort at revitalization. In 2005, Huntington created a significant level of downtown revival when they created Pullman Square Town Center on a vacant lot formerly known as the “Superblock”.

This trio of initiatives promises to renew the community, create job opportunities, enhance sustainability, and make Huntington a gateway of revitalization for the Tri-State and Appalachian region.

Huntington aspires to connect these HIP revitalization hubs and the downtown with the deployment of high-speed broadband. The city will seek a public-private partnership with an investor who is prepared to harness 21st Century infrastructure to bolster economic revitalization.

“Huntington, West Virginia, is a slice of America. It is experiencing disruptive change; Change that has shaken work and home. In the face of closed factories and coal mines, brownfields, and a population wrestling with its place in a competitive global economy, Mayor Steve Williams is leading a community that is reimagining its future pragmatically and optimistically. 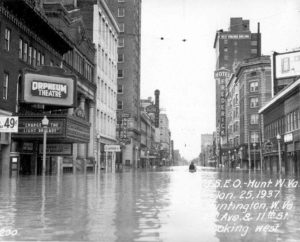 The Huntington Innovation Plan (HIP) is comprehensive, yet targeted; rooted in the reality of today’s economy while coupled with a vision that respects the city’s past and repositions its residents for the future; it is aspirational while tackling current barriers to achieving that aspirational future.

The people of Huntington have used America’s Best Community competition the right way because they have already won. HIP is a strategic planning document that sets the course for comprehensive citywide regeneration. It is a catalytic document that identifies resources and pathways to a competitive future. HIP responds to architect-planner Daniel Burnham’s 1907 charge: ‘Make no little plans. They have no magic to stir men’s blood and probably themselves will not be realized.’ 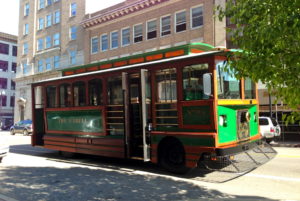 HIP is not a physical plan that features grand architecture and urban design in the style of Burnham’s City Beautiful movement. It does something that is much harder. It is a community development and economic development action plan that guides the regeneration of the competitive economic and social infrastructure of a city. The importance of HIP goes beyond three challenged neighborhoods, transcending the city’s borders. HIP recognizes that Huntington is the anchor of the Tri-State region of Appalachian West Virginia, Northeastern Kentucky and the Southwestern corner of my state, Ohio.”

After the America’s Best Community win in Denver, Representative Evan Jenkins (R-W.Va.) congratulated his hometown, saying “Now, the country knows what Huntingtonians have known all along: Huntington is a very special place. I am incredibly proud of the plan put forth by Huntington and wholeheartedly believe that our best days lie ahead.”

All photos courtesy of City of Huntington unless otherwise credited.