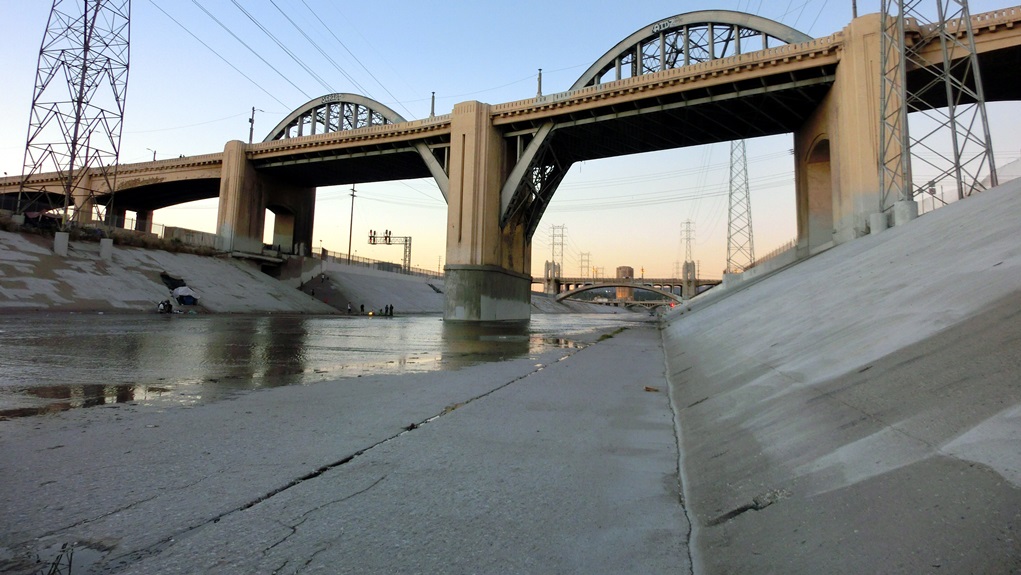 As any science fiction movie fan knows, the Los Angeles River (AKA: the Lost Angeles River) is 51 miles of ugly, lifeless, over-engineered concrete ditch. Whenever movie makers need a location that’s so hideous that it’s actually photogenic, the LA River springs to mind. It’s not only lifeless within its channel, but has contributed greatly to devitalizing the adjacent neighborhoods.

The city’s 2007 Draft L.A. River Revitalization Master Plan outlined a transformation of the river and the areas around it. After a long period of inaction, things have finally started happening fairly quickly in 2018, at least on the 11-mile stretch of the river between Downtown LA and Elysian Park.

Dozens of parks and trails have sprung up, the U.S. Army Corps of Engineers (USACE) is preparing a $1 billion dollar revitalization, which it wants to do via an innovative public-private partnership (P3), which will be a first for them.

On June 21, 2019 the USACE announced that four projects—including the LA River Ecosystem Restoration—had been identified for further development and validation through the USACE Civil Works Public-Private Partnership (P3) Pilot Program.

USACE applied specific screening criteria to identify the four P3 pilot candidates from the eight project-specific proposals submitted in response to the February 1, 2019, Federal Register Request for Information. The pilot candidates will be further developed and validated to determine their potential to become P3 pilot projects.

Since the Trump administration has publicly declared infrastructure to be a priority—but has greatly-underfunded the effort—P3s are necessary to get things done. The Pilot Program was authorized by Congress in the Fiscal 2018 Appropriations Act Conference Report, where the Assistant Secretary of the Army for Civil Works, R.D. James, directed USACE Civil Works (CW) to establish a P3 pilot program.

The goal of the pilot program is to demonstrate the viability of new delivery methods that can significantly reduce the cost and time of project delivery. The program is part of the Revolutionize USACE Civil Works initiative to expedite delivery of our nation’s infrastructure by synchronizing actions, developing new tools and streamlining activities.

A P3 generally refers to a long-term contractual relationship between a public sector contracting authority and a private sector entity for the financing and delivery of public infrastructure and/or the provision of public services. A P3 can be done as any combination of design, build, finance, operate and/or maintain.

The other three USACE P3 projects they announced are:

USACE may identify one additional project for further development and validation at a future date.

Photo of the LA River via Adobe Stock.