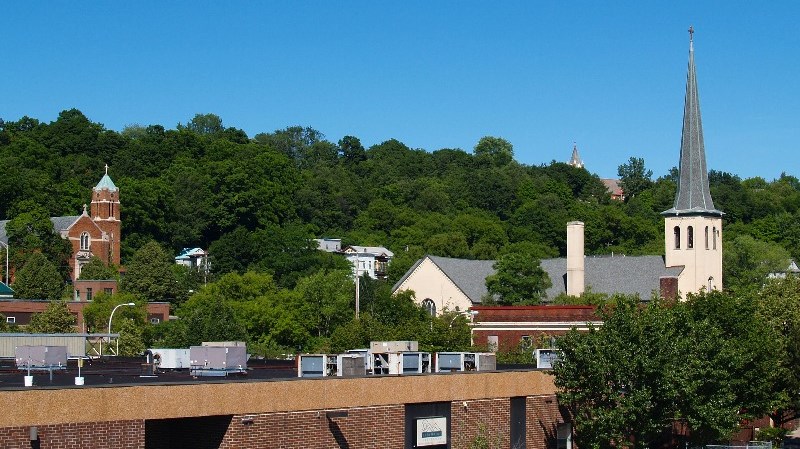 On September 26, 2018, Amsterdam, New York got the great news that the city will receive $10 million as the Mohawk Valley winner of the third round of New York’s Downtown Revitalization Initiative (DRI).

“Amsterdam’s downtown community is full of potential, and its prime location on the Mohawk River makes it an ideal candidate for the Downtown Revitalization Initiative,” New York Governor Andrew M. Cuomo said. “With this funding, the city will be able to attract new businesses and residents to the area, boosting the local economy and transforming the neighborhood into a destination for locals and visitors alike.”

As in the first two rounds of the DRI, one municipality from each of the state’s 10 regional economic development regions is selected as a $10 million winner, marking another overall state goal to target $100 million in funding and investments to help communities boost their economies by transforming downtowns into vibrant neighborhoods where the next generation of New Yorkers will want to live, work and raise a family.

“The Downtown Revitalization Initiative is providing communities with the funding they need to transform their downtowns, attract businesses, and grow their economies,” said Lieutenant Governor Kathy Hochul. “The City of Amsterdam was once booming with industrial manufacturers, but experienced a decline in the industry like many upstate cities decades ago. This significant state investment will help Amsterdam continue its revitalization with mixed-use development downtown, and continue to improve the business climate and quality of life of the area.”

The focus of the Amsterdam DRI spans the Mohawk River to encompass a segment of the historic downtown as well as new downtown areas that have emerged as the city continues to grow and evolve. With a range of mixed-use residential and commercial spaces, an assisted living facility, established businesses, and many park and recreation amenities, the area is poised to attract additional investment to its developable land and available buildings.

The DRI award will allow Amsterdam to capitalize on its concentrated footprint that provides walkability, a desirable location on the north and south of the Mohawk River/Historic Erie Canal, diverse amenities, and beautiful setting to transform the area into an attractive downtown core that supports growth in community events, business, and year-round recreational activity.

The city plans to use participation in the DRI to welcome new businesses, visitors and residents eager to come to the city that everyone warmly refers to as “home,” bringing to life a beloved quote written by Maria Riccio Bryce for the Amsterdam Oratorio: “What once was home is home again – My Amsterdam.”

The Mohawk Valley Regional Economic Development Council went through a competitive review process of proposals from communities throughout the region and considered all eight criteria below before recommending Amsterdam as its nominee for winner:

Amsterdam’s third round DRI win entitles the city to receive $10 million in state funding and investments to revitalize its downtown neighborhoods and generate new opportunities for long-term growth. Amsterdam now joins the cities of Oneonta and Rome, which were the Mohawk Valley’s winners in the first and second DRI rounds, respectively.

Amsterdam will now begin the process of developing a Strategic Investment Plan (hopefully, with a strategic renewal process) to revitalize its downtown with up to $300,000 in planning funds from the $10 million DRI grant. A Local Planning Committee made up of municipal representatives, community leaders, and other stakeholders will lead the effort, supported by a team of private sector experts and state planners.

New York Secretary of State Rossana Rosado said, “Governor Cuomo’s Downtown Revitalization Initiative will intensify the City’s redevelopment momentum and leverage past and ongoing projects funded by the Department of State’s Local Waterfront Revitalization and Brownfield Opportunity Area Programs. The City’s efforts will yield a transformed downtown that is attractive to all generations of New Yorkers. Amsterdam is a beautiful destination on the Mohawk that will truly be home again.”

The Strategic Investment Plan for downtown Amsterdam will examine local assets and opportunities and identify economic development, transportation, housing, and community projects that align with the community’s vision for downtown revitalization and that are poised for implementation. The downtown Amsterdam Strategic Investment Plan will guide the investment of DRI grant funds in revitalization projects that will advance the community’s vision for its downtown and that can leverage and expand upon the state’s $10 million investment. Plans for the DRI’s third round will be complete in 2019.

Amsterdam Mayor Michael Villa enthused, “We are honored to be recognized as the winner of the Downtown Revitalization Initiative. Amsterdam is truly a gem along the Mohawk, and we are eager to get started on projects that will highlight our assets and attract more residents and businesses to the community.”