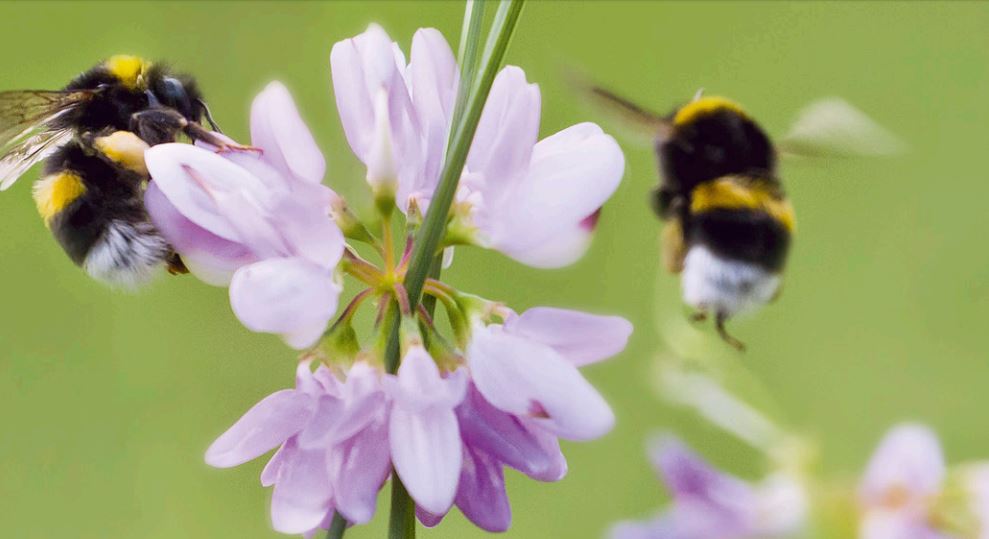 An unkempt stretch of tall grass, wildflowers and weeds in front of an Amsterdam train station doesn’t look like much — but it may be crucial to solving one of the world’s biggest environmental puzzles.

While scientists around the globe have been sounding alarm bells over the decline of bees and pollinators crucial to the growth of crops, the diversity of wild bee and honeybee species in the Dutch capital has increased by 45 percent since 2000.

The city of 2.3 million people attributes the success to creating bee-friendly environments like the overgrown, sunburnt patch of shrubs that commuters pass by daily.

The installation of “insect hotels” and a ban on the use of chemical pesticides on public land also appear to have played a role.

“Our strategy is to when we design a park, we use native species but also the species that give a lot of flowering and fruit for (bees),” said Geert Timmermans, one of eight ecologists working for the city.

Subsidies are available through the city for residents and owners looking to retrofit existing roofs to green walls with native species or exterior walls into pollinator-friendly living walls.

The insect biodiversity restoration effort is working: a 2015 survey of pollinators found 21 bee species not previously documented in the city.

Thanks in part to these pioneering efforts by Amsterdam, the Netherlands government introduced a national pollinator restoration strategy in January of 2018 to revive bees, butterflies and other insects that are crucial to the cultivation of more than 75 percent of the country’s food crop.

Below is an excerpt from the opening sections of that strategy:

With this new strategy, we believe that we have found an all-encompassing approach that will ensure the long-term conservation of all bee species and other pollinators. For this situation to happen, wild bees require two things: nesting sites and an adequate food supply; in other words, bed & breakfast for bees.

Three key themes have been established in the many initiatives being pursued and in this strategy, to wit 1) promoting biodiversity, 2) improving agriculture-nature interaction and 3) helping beekeepers to improve the health of the honeybee.

Pollination—the transfer of grains of pollen—is an essential step in the reproduction process for most food crops and plants. This process takes place as bees and other pollinator species, such as hoverflies and butterflies, move from plant to plant. Bees account for the lion’s share of all insect pollination.

Pollination is necessary for more than 75% of our food crops, primarily vegetables and fruit, and for more than 85% of wild plants in the natural environment. According to the Intergovernmental Science Policy Platform on Biodiversity and Ecosystem Services (IPBES), numbers and species of bees and pollinators are declining worldwide. This fact is undoubtedly also true of the Netherlands: we have 360 bee species, but more than half of are on the Red List, i.e. their continued survival is threatened.

In recent years, many parties in the Netherlands have been working actively on the conservation of beepopulations. That work took place as part of the Bee Health Action Programme (2013). It focused primarily on the honeybee, managed by humans. However, it has now emerged that wild bees are at danger as well. It is vital that we extend and intensify the focus that is already on the honeybee to include all pollinators, particularly wild bees, but also hoverflies and butterflies.

Pollinators are indispensable if the natural ecosystem is to function well. Insufficient pollination results in fewer seeds and fruit, causing vegetation to decline and potentially giving rise to a food shortage for wild animal species, including bees, mammals and insects.

Agriculture also has a substantial economic interest in sufficient pollination. Without pollinators, crop yields fall and the quality of the food product is unsatisfactory. For example, pollinating insects are jointly responsible for between 18% and 68% of apple, pear, strawberry and blueberry yields.

Featured photo is from the Dutch pollinator restoration strategy (link below).