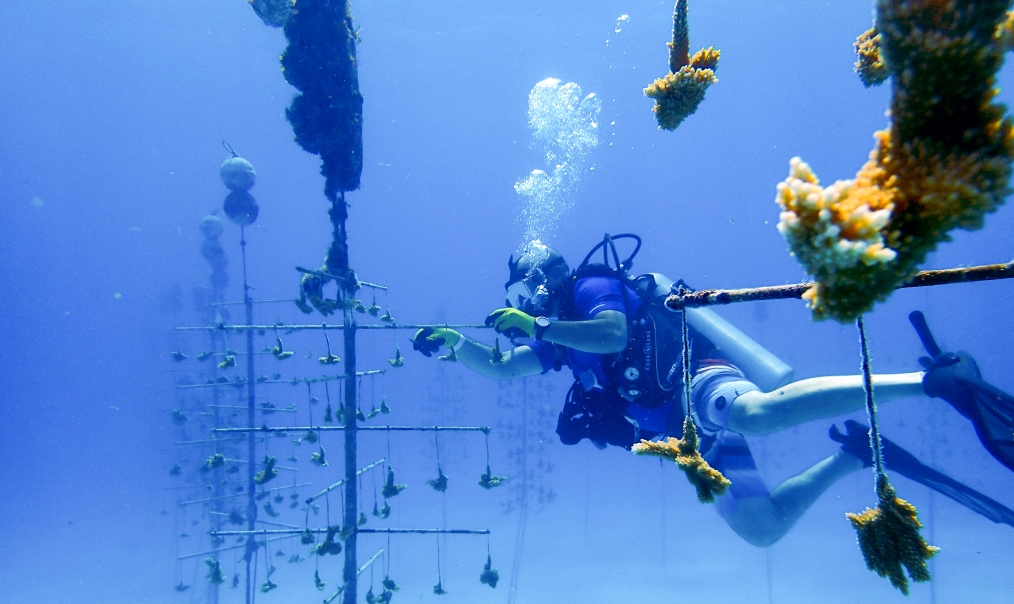 An exciting new project just got underway: the Living Planet Reef Restoration Program, created by the Loveland Living Planet Aquarium (LLPA) in Draper, Utah. Launching during the internationally-celebrated World Oceans Day on June 8, 2019, the program will restore some 22 million square feet of coral reef in the Pacific Ocean‘s “Coral Triangle.”

To accomplish this goal, the Aquarium developed partnerships with organizations in the Philippines, organized a team of biologists and divers, and started a fundraising platform where everyone interested in the health of our oceans can get involved.

Coral reefs occupy less than one percent of the world’s oceans, yet they are home to 25 percent of all marine life. They also provide coastline protection from storms, and contribute to economies around the world. These important ecosystems are being threatened by pollution, over-fishing, recreational divers, and climate change. Without action, scientists estimate we will lose 70 to 90 percent of reefs in the next 30 years.

“There is hope in restoring coral reefs. We are starting in the Philippines because it’s a critical area for biodiversity, and home to nearly 600 species of reef-building corals,” said Brent Andersen, LLPA Founder and CEO. 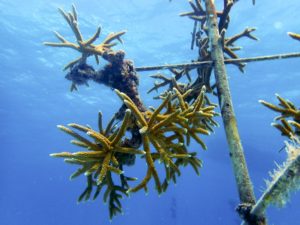 Andersen and Aquarium divers and volunteers identified initial sites through partnerships with organizations in the Philippine Islands. Each site can accommodate up to 20 trees, which forms a nursery.

The Living Planet Reef Restoration Program uses a proven method, often referred to as coral farming, which utilizes underwater coral farms to grow and then “replant” coral fragments to re-establish healthy reefs. This technique uses coral “trees,” which have been successfully used in the Caribbean. Small coral fragments that have naturally occurred through storm activity are collected and suspended on trees, which are secured to the seafloor. Once suspended, the fragments grow much more rapidly than usual.

The coral fragments are genetically suited to adapt to rising ocean temperatures, and as they mature and reproduce, their genes are passed along, giving future generations of coral the best chance for survival.

Aquarium divers made their first trip to the Philippines in October of 2018, and another trip happened from June 1 – 10, 2019. But the Aquarium cannot do this alone. This program relies on donor support, as well as partnerships with dive resorts and shops. LLPA provides the materials and training for our partners and empowers them to share this knowledge and perpetuate the system.

Anyone can help coral reefs, even if they are far from the ocean. On the Aquarium’s website, the public can get involved and fund coral fragments, coral trees, or a Marine Biologist. Donors can even become an Expedition Sponsor and go on a dive trip to the Philippines.

Learn more about the program and sponsorship opportunities.