Native wildlife, vegetation, and seabirds are thriving once again on Redonda Island, in the Caribbean. This follows the removal of invasive goats and rats, which had reduced the island to a barren, near-lifeless rock.

Dozens of invasive goats and over 6000 invasive rats engendered the loss of countless endemic lizard species, as well as fragile seabird species on the remote island of Redonda.

Efforts to re-wild the island by removing invasive species further proved that without such a threat, native island flora and fauna will flourish. Conservationists were able to transform the landscape from a barren, desolate rock to a thriving ecosystem. 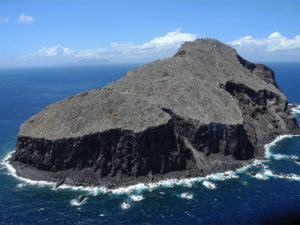 Belonging to Antigua, Redonda sits just 30 miles from its parent island, but has remained uninhabited for decades.

Comprising mostly volcanic rock, the island acts as habitat for globally important seabird species, multiple species of endemic lizards, as well as species that have yet to be identified and named.

During the 19th and early 20th century humans inhabited the island mining guano and phosphate to be used as fertilizer. During World War I, the island was abandoned, but the goats and rat that humans had introduced remained, wreaking havoc on the island’s ecosystem.

After almost a century, conservationists from around the globe including the British Mountaineering Council, Island Conservation, and Wildlife Management International (from New Zealand) collaborated with a goal of removing invasive rats and goats to save native wildlife and allow the ecosystem to recover.

Volunteers worked to remove the invasive goats, which were dying due to starvation especially during the islands dry season. After they were captured, workers carefully prepared the goats to be airlifted by helicopters for transportation to Antigua.

Next, conservationists removed more than 6000 invasive and ravenous black rats. In 2018, the project was officially declared a success and Redonda Island is well on the road to recovery.

What happened after was just short of a miracle, the rejuvenation scientists anticipated to see in five years occurred in just months. Due to re-vegetation, the color of the island changed going from brown to green in just one year. 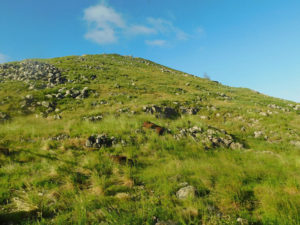 The island has increased its vegetation growth from 17 different species in 2012, to almost 90 in 2019. Bird and rare, native lizards thrived and populations boomed growth. Species are also returning to the island which includes various nesting seabirds such as boobies and frigate birds.

After hard work and dedication Redonda has seen magical changes in its landscape, helping Antigua reach towards its biodiversity targets.

The project’s coordinator, Shanna Challenger, of the Environmental Awareness Group (EAG) and Fauna & Flora International (FFI) sums the project up quite perfectly stating, “This has been the opportunity of a lifetime – witnessing an island be reborn. Restorative changes that had been forecast to happen in five years occurred within just months. Our conservation efforts really show the benefits of invasive species removal on Caribbean island ecosystems.”

Redonda serves as another win for conservationists and a pristine example of conservation for island wildlife, making it clear that invasive species removal should be a global conservation priority.