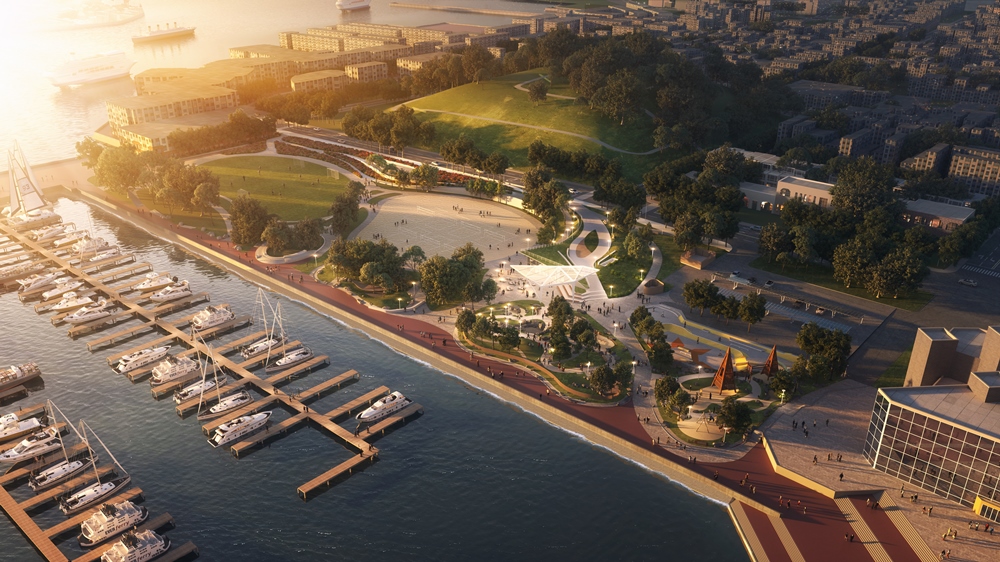 The Waterfront Partnership of Baltimore is the steward of Baltimore, Maryland’s crown jewel: its spectacularly revitalized Inner Harbor and Waterfront.

Rash Field Park as it looks today.Image via Google Maps.

On September 18, 2019, the Waterfront Partnership announced the creation of a public-private partnership with the City of Baltimore to renovate Rash Field Park at the Inner Harbor.

“Currently an unattractive and underutilized space on the Inner Harbor’s South Shore, Rash Field will be transformed into an active recreation and play space by spring 2021,” said Laurie Schwartz, president and CEO of the Waterfront Partnership. 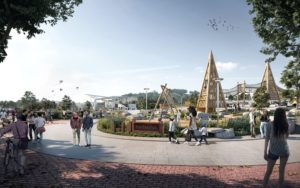 The first phase of the Rash Field Park plan includes a children’s nature park, kinetic playground, small skatepark, shade lawn, pavilion with an outdoor café and several rain gardens. Easily accessible from Key Highway and the Inner Harbor promenade, the Park will feature an overlook on top of the pavilion that will invite visitors to take in vistas of the Inner Harbor.

“Waterfront Partnership has been a strong partner in working with the city to bring Rash Field Park to life for Baltimore. With new playgrounds, a skatepark and pavilion, the Park will be a safe and central destination for families from all across the city as well as for tourists. Providing positive activities for children and youth has proven to be an effective crime fighting tool and I’m so glad we’re providing this recreation and park space at the Inner Harbor,” said Baltimore Mayor Bernard C. “Jack” Young.

Mahan Rykiel serves as the Park’s designer after being selected from a group of 13 submissions in 2015. The 42-person Baltimore-based landscape architecture, urban design and planning firm works across scales to imagine and realize projects that enrich the human condition and support vibrant natural systems. 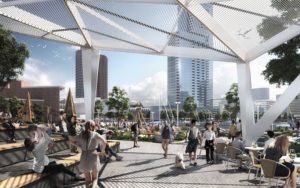 Whiting-Turner has been selected as construction manager and general contractor. One of the largest private companies in the Baltimore region, Whiting-Turner has a demonstrated track record of philanthropy and community involvement in Baltimore. Waterfront Partnership and Whiting-Turner are collaborating to encourage minority, women-owned businesses and nonprofit social enterprises to participate in the construction of the Park.

With construction set to begin in January, the Park’s first phase is expected to be completed by spring 2021. Once work is underway, Waterfront Partnership will turn its attention to raising the necessary funding for Phase 2.

Phase 2 is expected to feature an updated and reorganized beach volleyball area; an open lawn for play, events or middle school age soccer fields; outdoor exercise equipment, jogging paths and a bird and butterfly lab. The Pride Memorial will also be relocated on site. 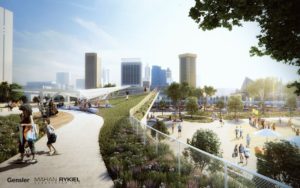 “We know that the redeveloped Rash Field Park will be a great community asset to Baltimore, its residents and visitors,” said Reginald Moore, Baltimore City Recreation and Parks’ executive director.

“It will provide a variety of amenities that serve park users from all areas and of all ages, which is one of BCRP’s main priorities. We look forward to the continued work that ensures Rash Field’s revitalization is a success,” he concluded.

Since 2015, Waterfront Partnership has been working with local communities through a robust public engagement process to improve Rash Field and to bring new life to an underused eight-acre piece of the Inner Harbor.

Unless otherwise credited, all images are courtesy of Gensler.