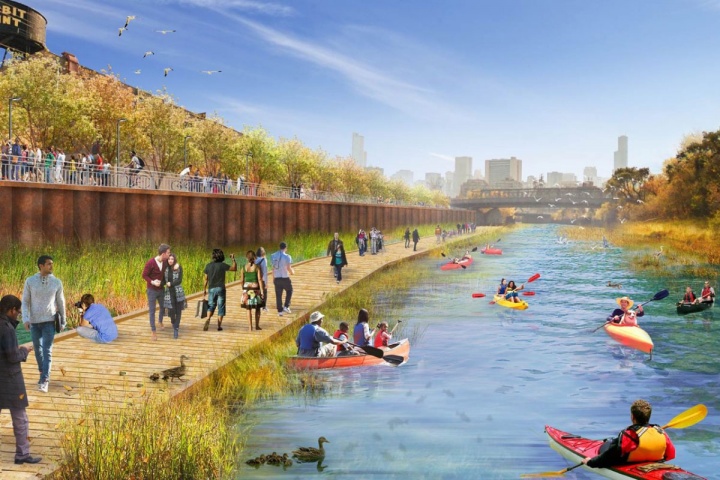 A remnant of the industrial heritage of Chicago, Illinois is about to experience an ecological and recreational revitalization.

The Chicago Department of Planning and Development has announced that a mile of the North Branch Canal will be redeveloped to be healthier for both humans and wildlife. The planning for this Wild Mile is expected to be complete by the end of 2018.

The project is being financed by Chicago’s Open Space Impact Fees. Besides creating a beautiful new green space for people, the project’s restored wildlife habitat will benefit local fish, turtles, and invertebrates.

The plan to improve the North Branch Canal with a public boardwalk, natural landscaping and educational resources was propsoed to City Council today by Chicago Mayor Rahm Emanuel on February 28, 2018, and was approved on March 28, 2018. 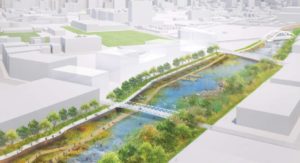 “This initiative will improve the North Branch Canal as a truly unique waterfront for the entire city, where visitors will be able to engage and appreciate the city’s ecosystem through unprecedented public access,” said Emanuel in his proposal.

With $250,000 of Open Space Impact Fees, the plan will create a framework for the development of a “wild mile” along the canal that includes habitat improvements, pedestrian walkways, fishing stations, vegetative islands, viewing platforms, canoe launches and other amenities that cater to the public and wildlife.

The plan will also include cost estimates and best practices for implementation, including cooperation with private property owners and developers.The plan will focus on the east side of the canal between Division Street and North Avenue and be completed by the end of the year. 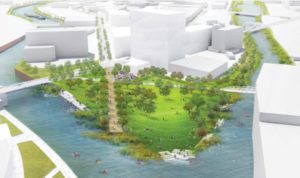 The enhancements are identified among the strategic goals of the “North Branch Framework Plan,” adopted by City Council in May 2017 to revitalize the North Branch Industrial Corridor with a variety of land use, open space and transportation improvements.

An additional $250,000 in Open Space Impact Fees will be used to construct a public pier or platform along the shoreline at Eastman Street, which will serve as a prototype for other access improvements along the canal’s length. The project will be designed to include educational resources for area students and children.

All renderings courtesy of the City of Chicago.