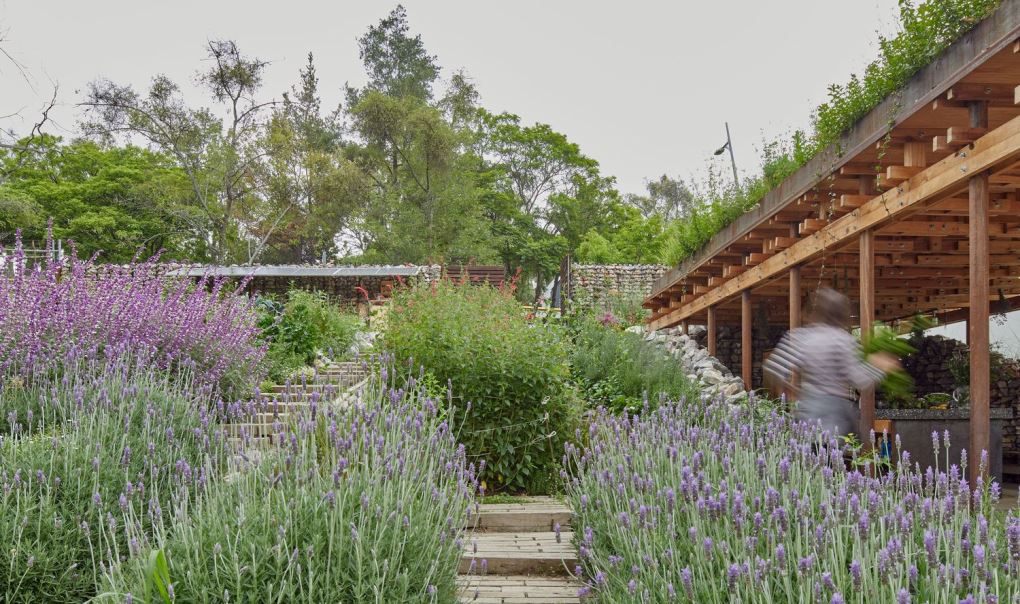 Last year in Mexico City, Mexico, an empty lot filled with trash from neighboring construction sites was transformed into a community garden and educational center that has helped to revitalize the entire neighborhood. 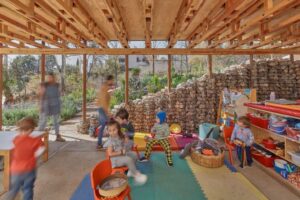 Most infill development results in residential or commercial structures. In this case, a never-developed site in the heart of a neighborhood was activated in a far more strategic manner.

El Terreno is a community garden and educational center project that was initiated during the COVID-19 outbreak in Colonia Miguel Hidalgo. The project is located on a hill of rich soil, minerals, and stones, providing the ingredients of an urban orchard for growing flowers, aromatic plants, and vegetables.

The project was developed as a way of enabling youth in the community to remain connected to social stimulation, while simultaneously receiving an environmental education. 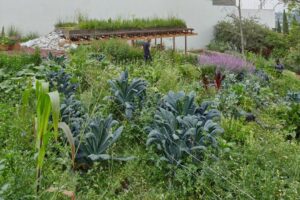 Additionally, the project provides a closer connection to the cycles of food production and sustainable living.

To be consistent with that mission, the architects and landscape architects at VERTEBRAL constructed a unique pavilion from recycled materials used in their previous constructions.

It was important for the firm to build a 100% recyclable building, but also a space built using materials, modules, and units uniquely thought out through new processes developed for this particular project. 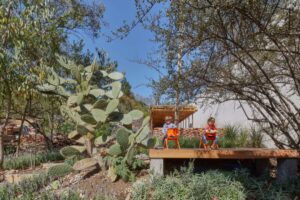 In explaining El Terreno, the Mexico City-based architects said, “We focused on avoiding any user predispositions when entering this new space, designed for plurality and versatility. It is a space that can only gain significance through user engagement, and through the cultivating and sharing of new ideas directed towards a healing environment.”

The multipurpose pavilion is built into the hillside, allowing for a gradual aperture towards the garden. Sections of iron rods were bent and welded, and are contained in walls filled with stone acquired through excavation of the site.

The roof is composed of wooden trusses that were once concrete formwork. Through only four different modules, all of the trusses were assembled by volunteers from the local community. For VERTEBRAL, it was important to create a flexible, multipurpose pavilion, which reflects the designers’ vision of the future of architecture. 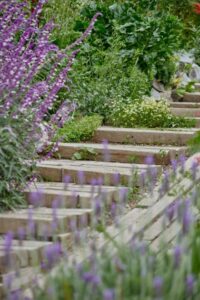 “Strictly-defined spaces quickly become obsolete. By contrast, anonymous and ambiguous spaces are resilient and multifaceted, allowing for shifts in their significance and purpose among users,” they added.

The founder of the project, Michelle Kalach, is deeply involved with self-sufficient communities that are off the grid. El Terreno has become a self-sustained garden through the economic stability of endemic plant and vegetable sales, cultivated through educational programs and then sold to local cafes and stores.

Rainwater is captured through a system originating on the green roof of the pavilion, which then passes through pipes that also serve as structural columns.

Finally, the rainwater descends into a cumulative body of water, from where it is pumped back into the orchard. Energy consumption is generated through solar panels, and waste from composting toilets is used as a natural fertilizer for the garden. 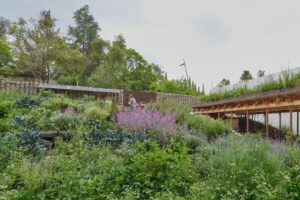 El Terreno is a space built as a model of how education, sustainability, and design can come together to harvest a bright future that perpetually responds to immediate needs.

Vertebral was founded in Mexico City in 2016. Being based in a city as busy and complex as Mexico City has influenced the practice, which is drawn to natural environments and open outdoor spaces. That attraction has led the firm to design gardens and to build around them, essentially bringing the forest into the city.

Vertebral builds with materials procured locally where their projects are conducted, and they have learned to appreciate the effects of time and weather on a project’s final appearance. Vertebral believes in the importance of craftsmanship, and in extending the application of design to the most minuscule aspects of a project.