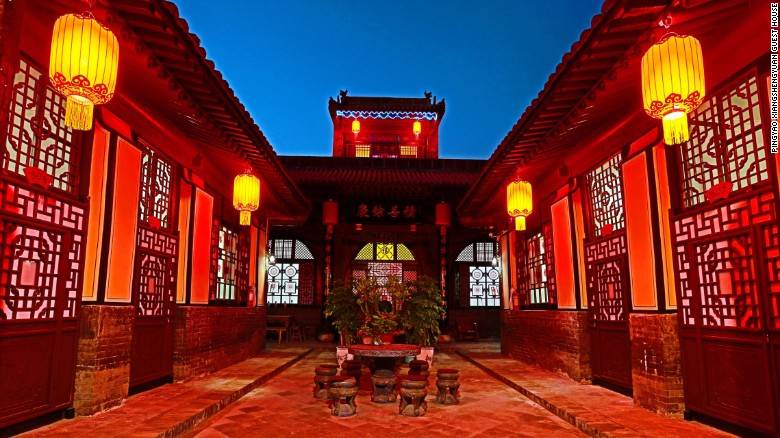 Pingyao is a county in the central Shanxi province of China. It’s approximately 715 kilometres (444 mi) southwest of Beijing.

During the Qing Dynasty, Pingyao was the major financial center of China. During those times, there were as many as 20 financial institutions within the city, comprising over 50% of the nation’s banks and trading exchanges. 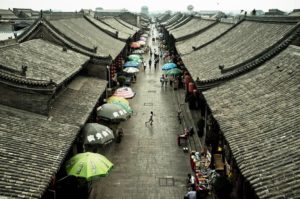 Among these was Rishengchang, considered the first bank in China. At one point, Rishengchang controlled almost half of China’s silver trade. It continued to maintain its prosperity until going bankrupt in 1914.

The 2009 feature film, Empire of Silver, depicted the tribulations of a Shanxi bank-owning family that lived in Pingyao during the early 20th century.

The ancient city, whose history dates back some 2700 years, is renowned for its well-preserved city walls, which stretch for 3.7 miles (6 kilometers). That historic area is has been a UNESCO World Heritage Site since 1997, and is a major tourist attraction. The city has about 50,000 residents. 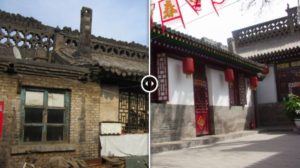 Pingyao courtyard home before & after restoration.

Pingyao is also know for having what might be the largest collection of courtyard homes in China. “There are very few courtyard homes remaining in China,” says Kuanghan Li, director of the China Heritage Program at the non-profit Global Heritage Fund.

An innovative program is now helping to restore these properties to their former glory. On average, restoring a courtyard home costs about $300 per square meter.

To boost local revitalization, the government provides subsidy of between $60 and $210 per square meter, but that only applies to structural repairs and exterior renovations. The balance is paid by the property owners, who must also shoulder the cost of interior renovations. 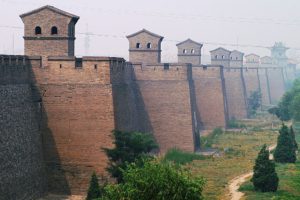 A good example of the economic benefits of the program can be found in 58-year-old Liu Xueru.

He renewed his childhood courtyard home with help from his two brothers—and from state subsidies—and then repurposed it as the 20-room Xiang Sheng Yuan Guest House. Featuring free WiFi throughout the property, the rooms have private bathrooms with showers, and a flat-screen TV with satellite channels is provided. There’s a shared kitchen, and free use of bicycles.

“Today, more and more people understand the importance of preservation of cultural heritage,” says Zhu Guangya, a professor at Southeast University’s school of architecture. “It’s normal for old and new to work together. It’s a type of cultural heritage … and Pingyao is a textbook case of a historical town (preserved) for the Chinese today.” 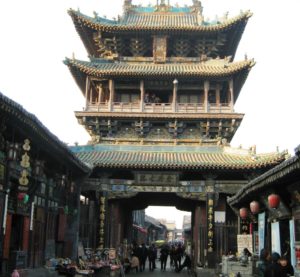 As the city’s former prosperity has dwindled, its ancient structures have been demolished or modified to accommodate the needs of its recently impoverished residents. In response, Global Heritage Fund partnered with all levels of the Chinese government and local residents to protect Pingyao’s unique heritage while remaining sensitive to local concerns.

Since its inscription as a World Heritage Site in 1997, Pingyao has undergone many changes. Modernization and the rapid growth of tourism present significant challenges to continued conservation.

Global Heritage Fund worked for years to resolve the issues and balance the city’s continued development with the protection of the ancient city.

Here are three indications that GHF’s efforts made a difference:

Featured photo is of the Xiang Sheng Yuan Guest House, and was provided by them.

Read the story of how GHF’s Community Restoration Fund benefited the Fan family.

Read about the lessons learned in GHF’s efforts to restore and revitalize Pingyao.