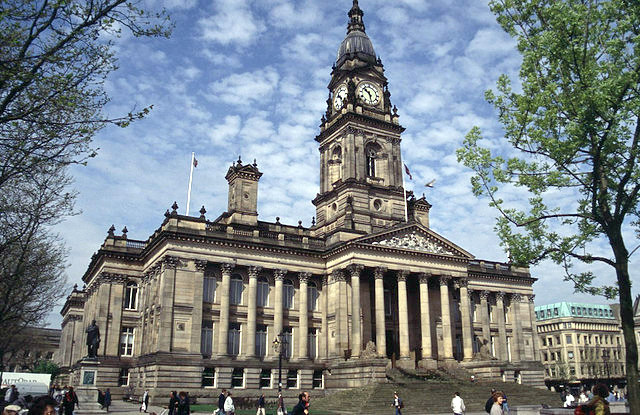 The town of Bolton lies in the Greater Manchester region of northwest England. It was founded as a market town in 1253.

A former mill town, Bolton has been a production center for textiles since Flemish weavers settled in the area in the 14th century, introducing a wool and cotton-weaving tradition.

The urbanization and development of the town largely coincided with the introduction of textile manufacture during the Industrial Revolution. Bolton was a 19th-century boom town, and at its zenith in 1929 its 216 cotton mills and 26 bleaching and dyeing works made it one of the largest and most productive centers of cotton spinning in the world. The British cotton industry declined sharply after the First World War, and by the 1980s cotton manufacture had virtually ceased in Bolton.

Now, a £1 billion blueprint to shape and transform the future of Bolton’s devitalized town center has been formally approved. The master plan contains proposals to redevelop downtown Bolton up to 2030 and beyond.

Redevelopment will include creating 1,800 new homes, 7,400 new jobs and generating economic activity worth an additional £412 million over five strategic sites. 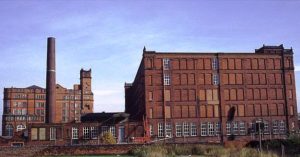 The framework was adopted at a meeting of the council’s Cabinet today (September 25). It comes as Bolton was named the ninth best place in the country for people to live and work in by Glassdoor, one of the world’s largest job sites seeing off competition from the likes of Birmingham, Oxford and Belfast.

Leader of Bolton Council, Cllr Cliff Morris, said the response to the masterplan had been very positive. He said: “We have been really pleased with the reaction we have had from across the region from our partners, from businesses and most importantly the public. Yes, our plan is ambitious, yes it is bold, and yes it is aspirational. We make no apologies for any of this.”

“The regeneration of the town centre is already underway with developments like the £27 million Market Place refurbishment and the £48 million Interchange,” he continued. “But more change is needed to make the town centre fit for the future and we are going to drive it forward as rapidly as we can.”

On the positive ranking by Glassdoor, Morris added: “This study confirms what we in Bolton already know – that it is a great town to live and work in. Our £1 billion plan for the town centre will facilitate the redevelopment and growth of our town and will help to make Bolton a more desirable town to live and work in. To feature so high up on a list ahead of a lot of other large towns and cities speaks volumes.” 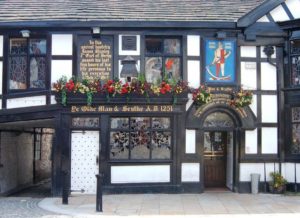 One of Bolton’s charming pubs.Photo credit: Michael Ely via Wikipedia

The areas identified for improvement in the masterplan are: Trinity Quarter, Cheadle Square, Crompton Place, Church Wharf and Croal Valley. Bolton Council announced initial details of the plan in July 2017 and the authority has since approved borrowing £100 million to kick-start the project. The remainder of the plan will be funded by private sector investors.

The £100 million will be used for a range of priorities including site assembly; getting sites ‘development ready’; public realm, and infrastructure. It is hoped that work on the first phase – clearance of land in the Trinity Gateway and Church Wharf areas – can start as early as Spring 2018.

The strategy aims to remodel key areas of Bolton town centre with housing – a major proposal within the framework – to attract families, young professionals, older people and students.

Some of the main proposals include: